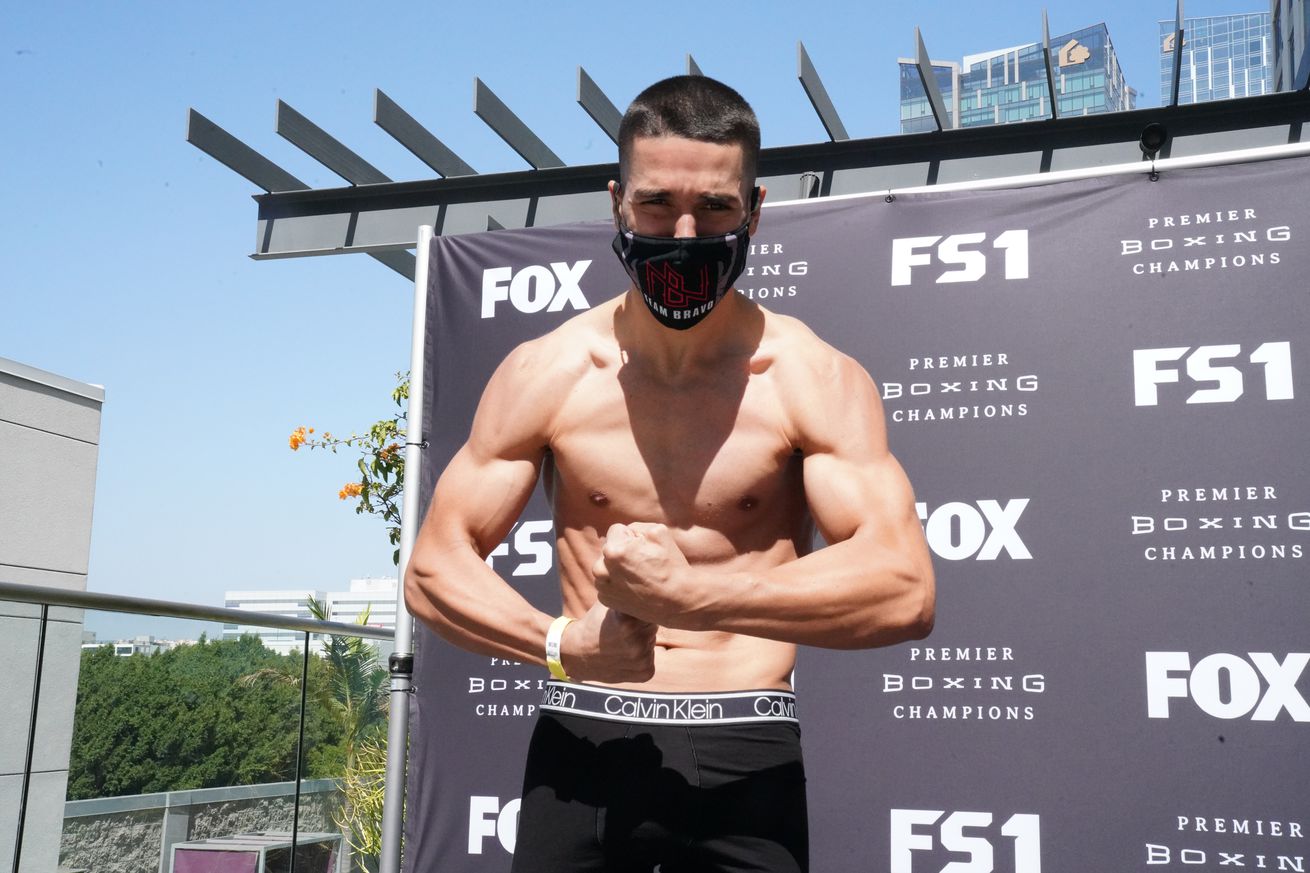 Scores for the fight were 96-92, 96-92, and 97-91 for Bravo, who improves to 19-0 (13 KO). The 26-year-old from Arecibo deserved the victory, but his repeated fouling and what referee Reiss called “all the extracurricular stuff” cost him two points late in the fight, and he incurred the ire of the veteran official, who told him repeatedly to shut up and fight, more or less, when Bravo complained about Reiss’ warnings and deductions.

Bravo didn’t look like any star in the making here, either. He looked solid and, again, deserved to win the fight — we also had it 96-92 for Bravo, which means he won eight of 10 rounds on our card — but he seemed to get a little frustrated late when Gallegos (19-9, 14 KO) wouldn’t just fold up shop or go away. The 25-year-old, fighting out of California, has been in with a bunch of good fighters since turning pro in 1995, and while he loses to the better guys he faces, he doesn’t make things easy usually.

Bravo seems like he might have a fairly low ceiling at 135, but unbeaten is still unbeaten, and being Puerto Rican means there’s a good, loyal fan base he can tap into if he keeps winning fights.

Pasillas was a high-level prospect who turned pro back in 2011, deep on the Pacquiao-Marquez III undercard in Las Vegas, following a terrific amateur career which included wins over the likes of Jose Ramirez and Joseph Diaz Jr, both world champions now. He’s had some promotional issues over the years and lost his career momentum after 2015, not fighting between August of that year and Jan. 2018.

Now 28, Vic Pasillas is someone you want to keep tabs on immediately. The talent is still there, as he absolutely took Ranfis Encarnacion apart in this fight. By the time it was over, following a sixth round knockdown that saw Encarnacion’s corner mercifully throw the towel, Pasillas was up 181-26 in punches landed. In fact, you have to respect Encarnacion (17-1, 13 KO) for not getting notably hurt before late in the fifth round; he was a tough dude, and took a lot of good shots from a very accurate, very effective Pasillas. But this was as big a rout as you’re gonna see, really.

“I’m very excited. We’ve been breaking this fight down piece by piece for 10 weeks. We don’t guess when we get in there,” he said post-fight. “We knew the guy was gonna look for one big shot, work everything off his jab, and we just made sure the jab was tied up and disrupted his rhythm. After that, it was history.”

Pasillas made clear that despite this fight being at featherweight, his focus for now will be on the junior featherweight division, and he said he wants a world title fight.

Sando is a 31-year-old Cuban super middleweight, now living and fighting out of Nashville. He was meant to be on the Caleb Plant undercard in February, but his fight got scrapped late, and that meant he hadn’t fought since March 2019 going into this one.

Sando improved to 10-0 (7 KO) with a win, taking scores of 78-74, 79-73, and 80-72, with BLH also scoring it 79-73 for the Cuban. It’s hard to take a lot about his potential for this, as Pllana (8-2-1, 4 KO) is one of those awkward dudes stylistically, and it can be tough to really look good against him. That’s not to say Pllana, 26, made Sando look bad, but his goofy lean-back style takes a lot of zip off punches that more normal styled fighters won’t do, so it’s especially hard to judge Sando on power from this fight. Sando got a deserved win and Pllana is going to get more calls to test prospects and guys who are advanced, relatively, but haven’t fought anyone yet.