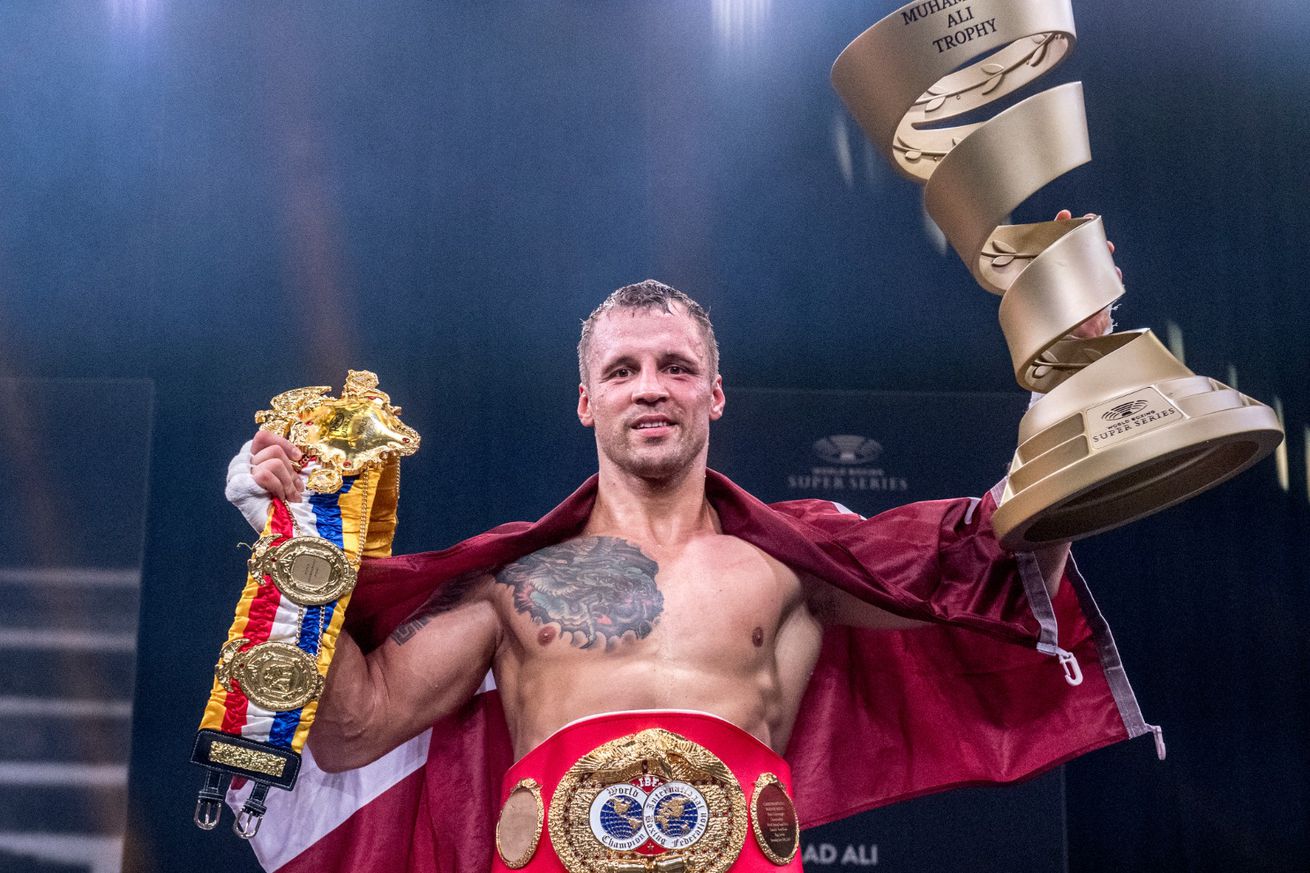 “I am considering a move to heavyweight,” Briedis said. “But right now I will rest a bit before I make any decisions.”

Unlike the two mentioned above, this wouldn’t be uncharted territory for the Latvian standout. Briedis (27-1, 19 KO) tried his hand at fighting the big boys in 2015, when he defied a 31-pound weight disadvantage to level Mahmoud Charr with one punch.

There’s still some worlds to conquer at 200 pounds, however, namely WBC champ Ilunga Makabu and whoever wins between Krzysztof Glowacki and Lawrence Okolie for the WBO belt. Both look like feasible matchups to make; Briedis is the WBC “diamond” champ, he’s already faced Glowacki, and there shouldn’t be any promotional issues between him and Matchroom’s Okolie.

On the other hand, it’s unclear whether WBA “super” champ Arsen Goulamirian would be available for total unification, and at 35, Briedis could simply be looking to secure some big-name legacy fights before hanging them up. I certainly think he’s got the skills to beat an “average” modern heavyweight, although the elites look well beyond his capabilities.