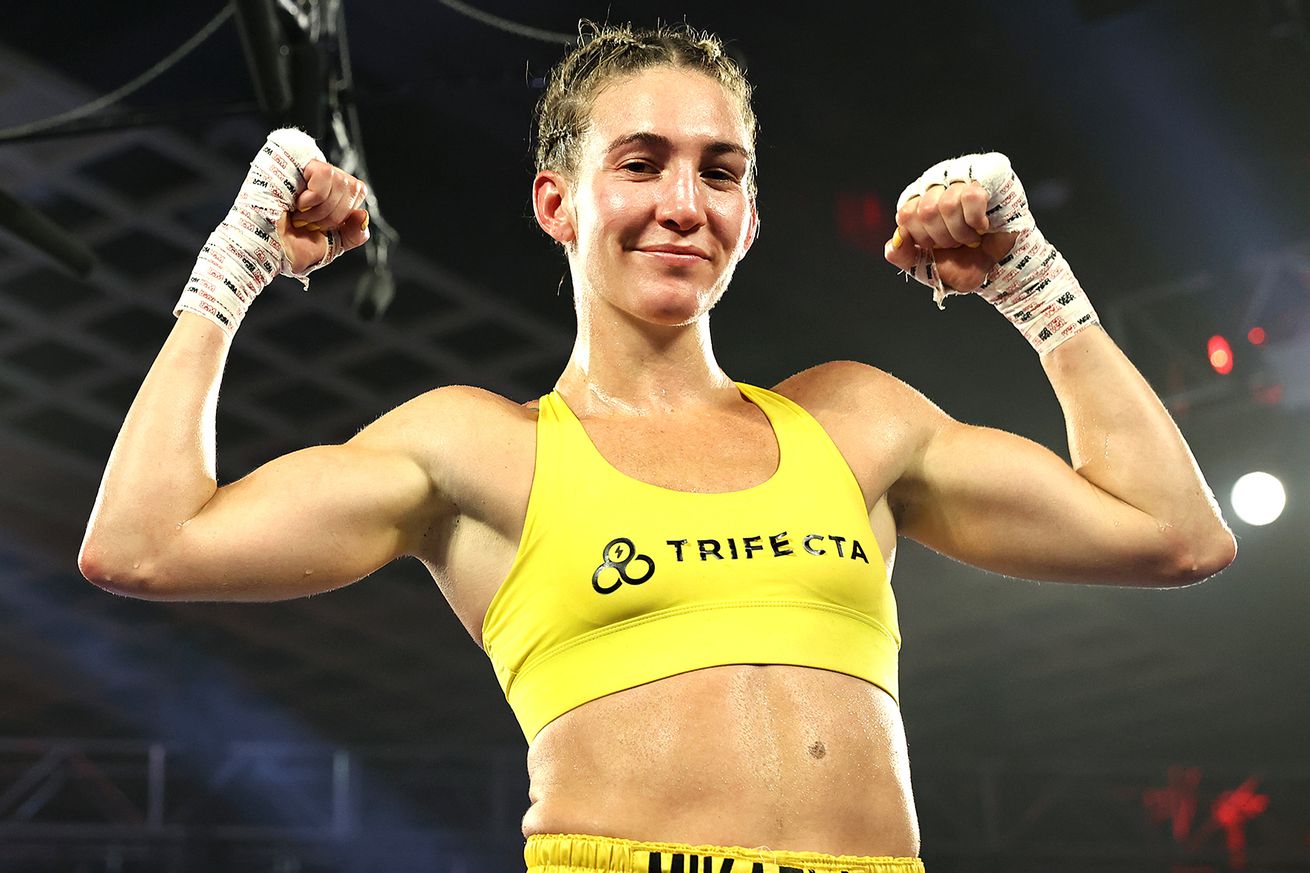 The fight will be Mayer’s first world title shot.

Mikaela Mayer will get her long-desired first world title shot on Oct. 31, as her fight with WBO junior lightweight titlist Ewa Brodnicka is signed and official. The bout will serve as the co-feature on Top Rank’s Inoue-Moloney card on ESPN+.

Mayer, 30, is a former U.S. Olympian who turned pro in 2017, and has run her record to 13-0 (5 KO) while becoming an obvious rising player in the division, and in women’s boxing on the whole. Top Rank have given her a solid push across ESPN platforms. She last fought on July 14, beating Helen Joseph by wide decision over 10 rounds.

She’s the mandatory challenger for the 36-year-old Brodnicka (19-0, 2 KO), a Polish veteran who has reigned as WBO titleholder since 2018, having won the interim belt in 2017. She’s made five successful defenses, all in her home country — she’s actually never fought outside of Poland — but Mayer is perceived as a step up in talent compared to Brodnicka’s previous foes.

Brodnicka recently signed with Matchroom Boxing, hoping to secure a unification with WBC titlist Terri Harper, but the WBO’s order for Mayer as mandatory challenger threw a wrench into that, as did Harper going to a draw with Tasha Jonas.