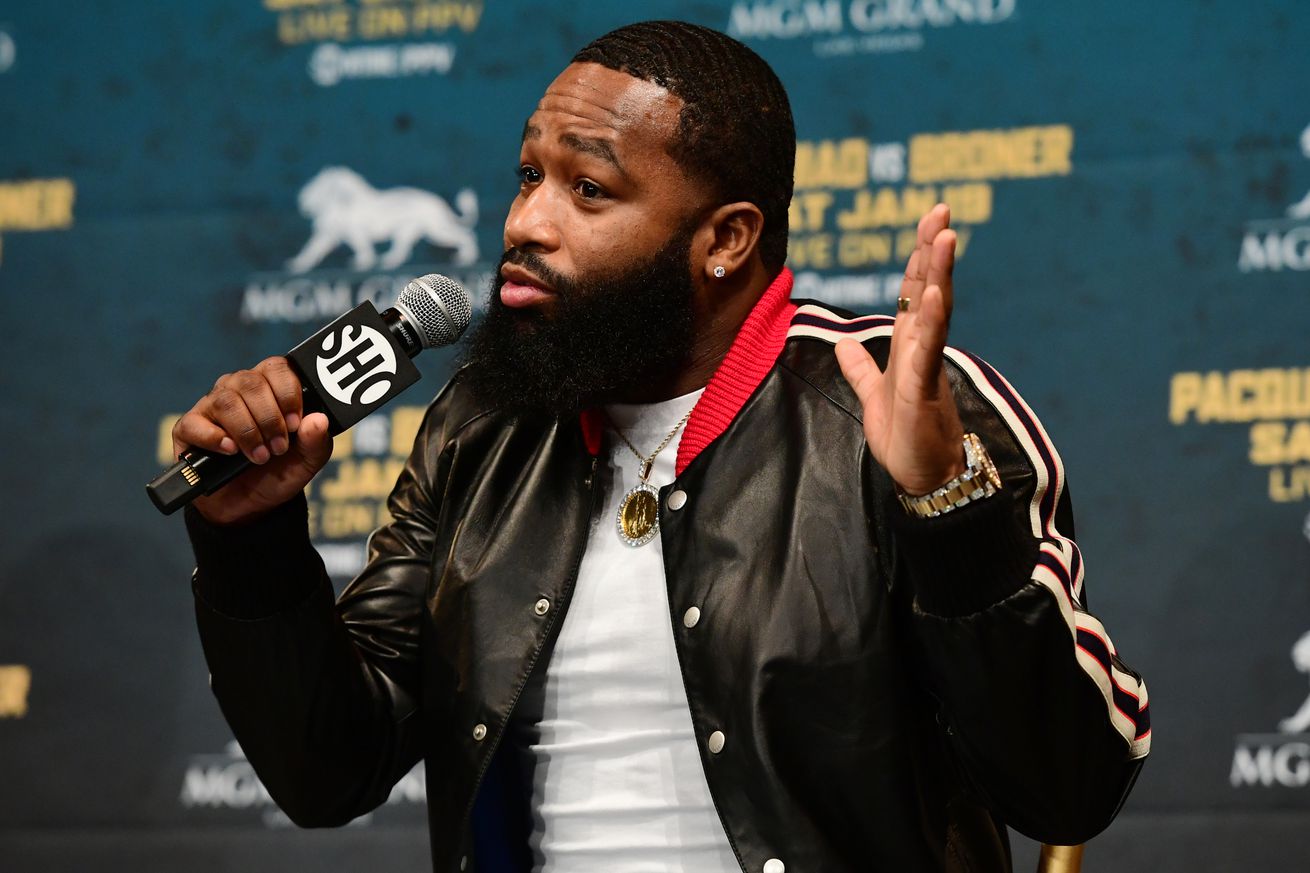 A Cleveland judge is fed up with Broner’s shenanigans.

Another day, another court appearance for Adrien Broner. But this one certainly could’ve gone better for the boxer turned rapper turned boxer. A Cleveland judge ordered Broner to be taken into custody today for contempt of court, stemming from a 2018 lawsuit regarding Broner’s assault on a woman at a nightclub.

Judge Nancy Margaret Russo decided that she’s been patient enough with Broner, who failed to meet a number of deadlines where he was to demonstrate why he hasn’t paid the $830K judgement against him.

Broner, of course, flaunted a ton of money on Instagram this past week, but filed court documents last month stating he only had $13 in cash. The judge wasn’t pleased with the discrepancy.

I will bet my last dollar on my baby brotha @brytx2 happy birthday nigga ….. #GiveAnother100,000 #SameThang

So speaking to the court on how he can be flashing so much money while claiming to be broke, Broner offered this justification:

“I’m answering the questions,” Broner said. “That’s all I did have on me. I got rich friends. I do. I got wealthy friends that take care of me.

“[The money I’ve been posting] is getting sent to me [by] my friends.”

When the judge pressed Broner on why his rich friends would just be sending him wads of cash, Broner replied:

The judge interrupted to demand to know who exactly Broner claims is sending him money, and Broner started name dropping…

“My friends! I can ask Gervonta Davis, Al Haymon, I can ask Stephen Espinoza, I can ask anybody for money.

“They sending it through the bank and it’s coming into my account and I’m spending it…I don’t got no money, I get sent money and spend it, I gotta spend it on bills.”

Judge Russo wasn’t swayed by Broner’s defense and ordered Broner to remain in jail until he provides complete and accurate information about his finances.

“Mr. Broner has continually defied every court ordered I’ve given,” Russo said during the hearing. “The jig is up today.”

In the end Broner told the judge that he has a fight coming up in January at which point he can pay off the judgement against him, but that’s not going to get him out of country jail tonight.