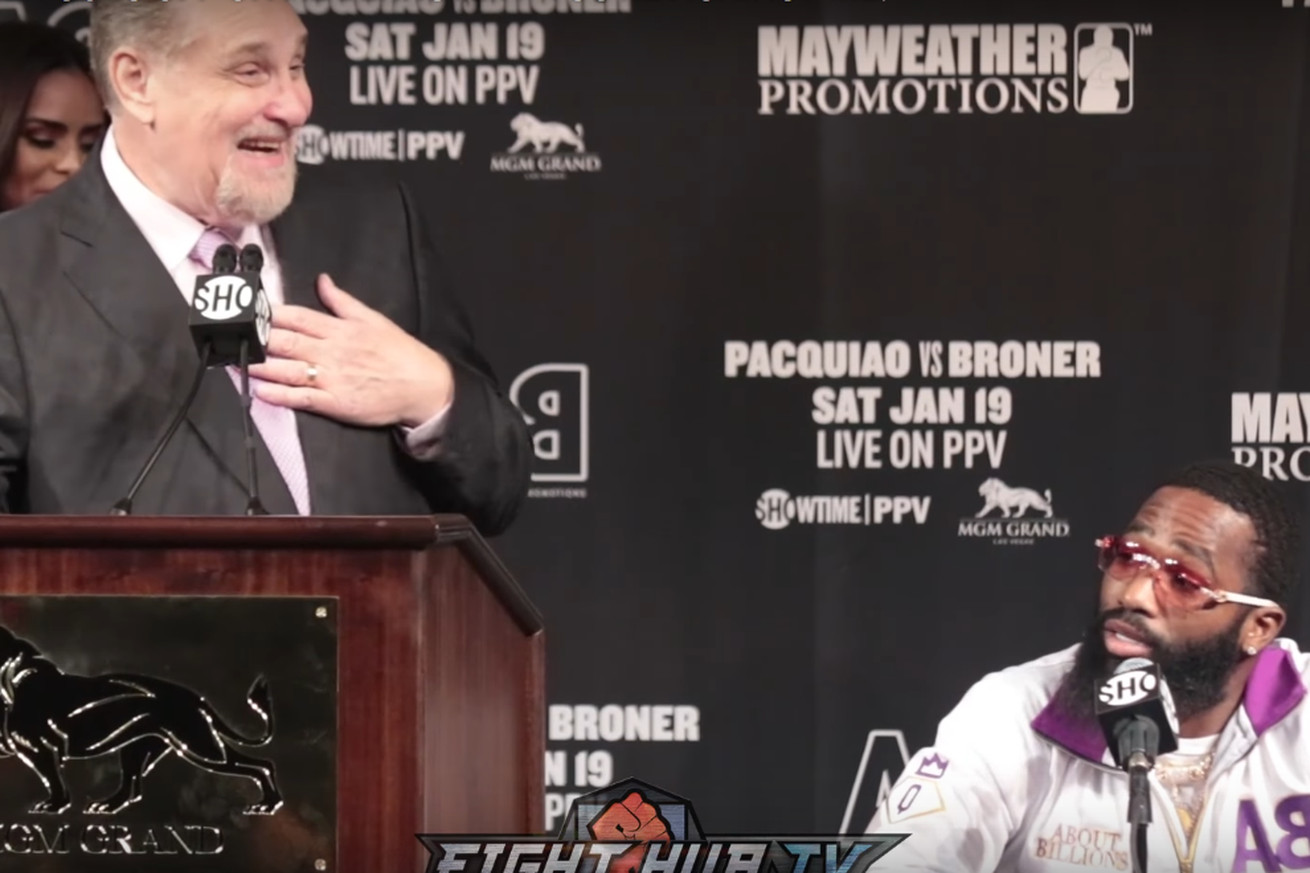 Broner accused the Showtime commentator of being against him and refused to answer his questions.

Things got a little personal during today’s final presser for Manny Pacquiao vs. Adrien Broner, but not between the fighters as you might expect, but rather between Broner and Showtime commentator Al Bernstein.

At the end of the press conference both fighters remained on stage for a Q&A period with Bernstein posing questions to both fighters. But when Bernstein tried to address Broner, Broner wasn’t having it.

“Yeah you, bitch ass nigga. I’ma let you know. And I’m just being real, bro. Like I just already feel like you against me.”

“I’m not against anybody,” Bernstein retorted. “But this isn’t about me, it’s about you.”

“I’d rather Roy Jones or Stephen A. Smith ask me some questions, I don’t fuck with you” Broner continued.

At that point Bernstein took Broner’s remarks in stride, instead attempting to pose a question to Broner’s trainer Kevin Cunningham, but a whole lotta gang gang got in the way of that too.

Bernstein attempted to continue his question to Cunningham anyway, but Cunningham backed his fighter’s play by refusing to respond, which promptly ended the press conference.