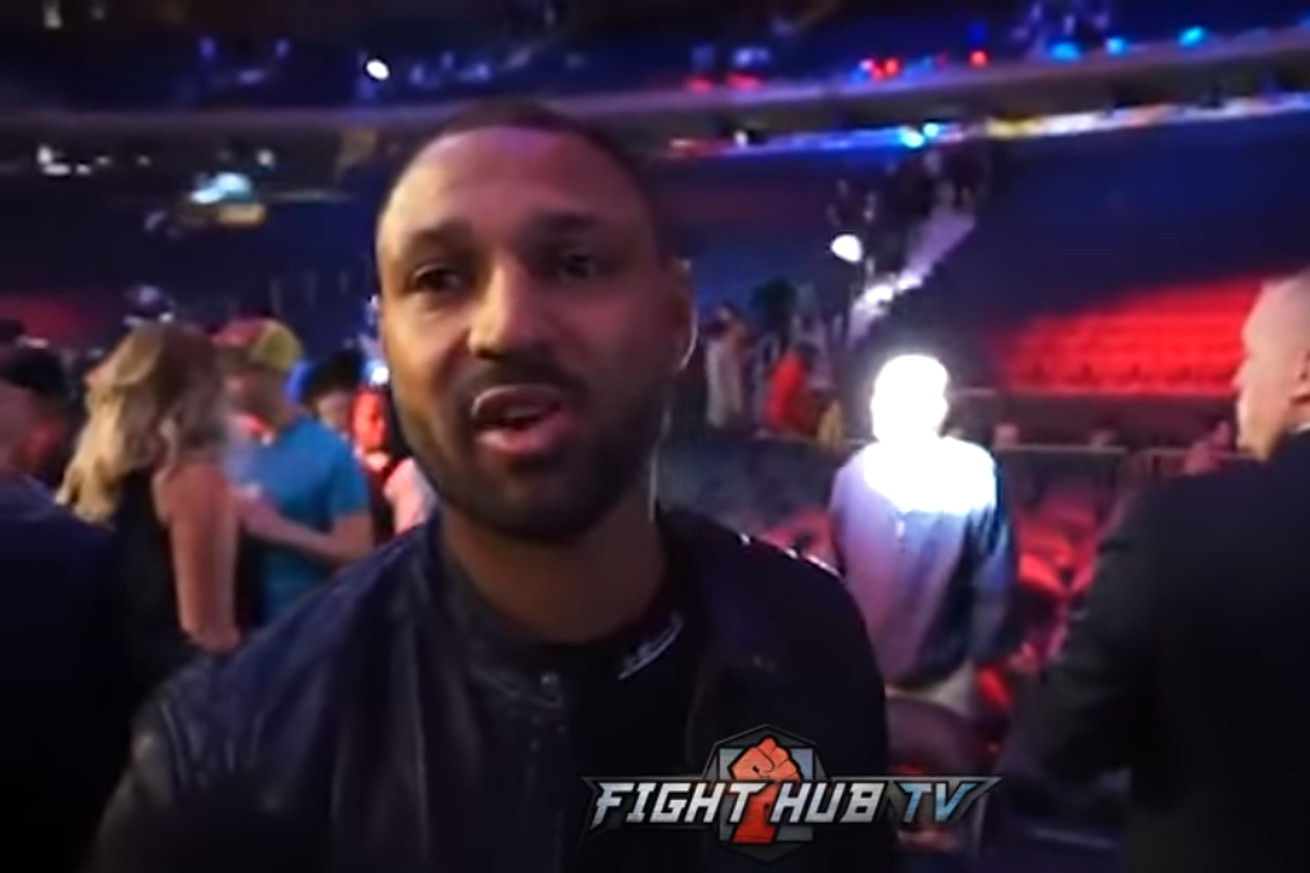 Kell Brook and Amir Khan have been media rivals for years now, and a fight between the two of them has been anticipated on British soil for all that time.

When Matchroom Boxing signed Amir Khan to a three-fight deal, the plan was to end it by finally doing the fight with Brook. Instead, Khan fought Phil Lo Greco and Samuel Vargas, then took the offer to face Terence Crawford. Eddie Hearn was left very sad about this.

Anyway, Brook turned up at Madison Square Garden last night for Khan’s low blow TKO loss to Crawford, and stopped for a quick word on his way out of the arena.

As for the low blow itself, which by every angle and at every speed was more leg than groin, unless Khan is very odd down south, Brook remarked, “I’ve gotten hit there plenty of times in sparring.”

Khan has said repeatedly that felt no matter what happened in the Crawford fight, he could always go back to the United Kingdom for a money fight with Brook.

But Brook says he’s not having it.

“Dead,” he said of the potential fight.

Now, that doesn’t mean it really is truly dead. Brook (38-2, 26 KO) isn’t exactly swimming in big opportunities at the moment. He beat Siarhei Rabchenko and Michael Zerafa last year, and didn’t look great in the win over Zerafa in December. If a Khan-Brook fight is still worth real money, and it might be, grudge matches can sell, then we could still see it.

But it’ll take some time and distance from the end of Crawford-Khan, and Brook’s probably wise to publicly wash his hands, at least for the time being, of the idea of fighting an Amir Khan that a lot of people think they saw quit against Terence Crawford.