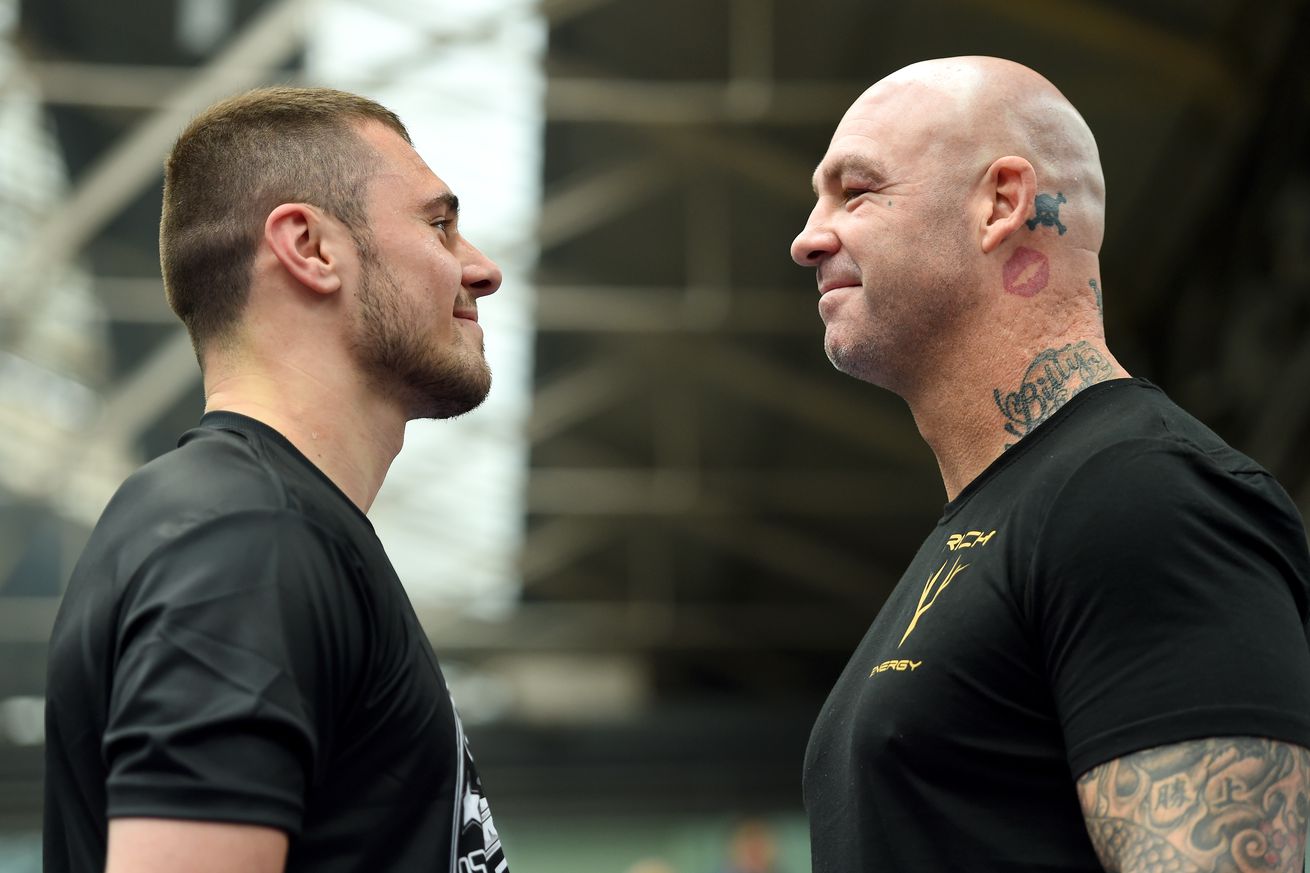 Browne expects a bloody good fight for fans on Saturday.

Lucas Browne, the former WBA “world” heavyweight titleholder, is set to face Dave Allen this Saturday in London, live on DAZN, and for this fight, there’s no attempt to sell bad blood.

“This is the first time I’ve met Dave and I really like him,” said Browne. “I’ve never had a bad word to say about him and I still don’t. He’s a cool guy and you can see how popular he is from today’s turnout at the workout, there was hundreds of the people there. It is what it is. We’re both professional fighters and I’m just going to do my job on the night.”

That said, the 40-year-old “Big Daddy” from Australia isn’t planning to take it easy against the 27-year-old Allen, and expects this to be a good fight for fans.

“I don’t think he’s ever going to be a world champion but he’s definitely a great fighter,” Browne said. “If you put him up against anyone else in Australia, I think he beats them. He’s got a chin like a brick so it’s going to be a long night for me. I’m not going to bowl him over in one round but I’m prepared for all scenarios. We’re going to knock lumps off each other.

“I think there’s going to be blood, some cuts and some big punches. The fans are going to be the real winners. I genuinely believe this has got the potential to be Fight of the Year if everything gels. He looks like he’s started to take things very seriously and you can tell that by the shape he’s in. I think you’ll see the best versions of us next week.”

Browne hasn’t faced a serious opponent since he was thrashed and knocked out by Dillian Whyte in March 2018, and while he’s won three straight, there’s further reason for concern: he last fought on March 2 on a small show in Scotland, and he was dropped in the second round by Kamil Sokolowski (6-15-2, 3 KO), surviving to win on a score of 57-56 over six rounds. It wasn’t his best showing, to say the very least, but Browne says he feels good going into this fight.

“I’m hooked up with Jay Gray, my head coach,” he said. “I’m in Perth with my kids and family and that’s a full time thing there. Jay does everything in the one gym so not only my boxing, sparring and pad work, but all of the strength and conditioning, fitness and everything all in one spot.

“I think it’s something that I needed to do instead of spending so much time away from my family. I’m in a really good place now and I feel happy. I think that’s going to make a big difference to my career moving forward. This is the start of my journey to another heavyweight world title.”