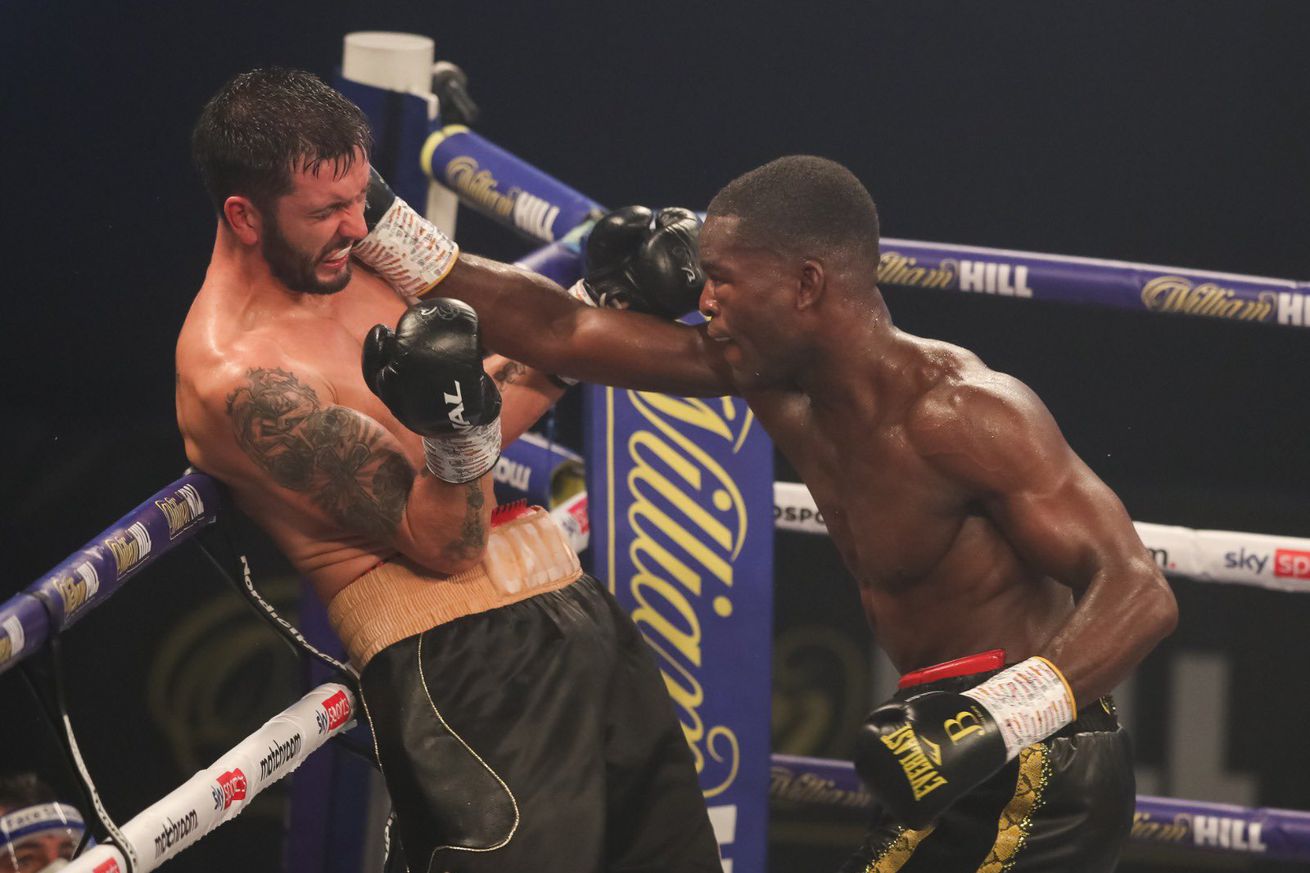 It wasn’t an easy return, but Joshua Buatsi picked up a solid comeback win today over Marko Calic.

Light heavyweight prospect and emerging contender Joshua Buatsi wound up facing some legitimate adversity today against under-the-radar veteran Marko Calic, but pulled the fight out with a seventh round stoppage at Marshall Arena in Milton Keynes.

Buatsi (13-0, 11 KO) had trouble in every round of the fight, and in fact we had him down 59-55 after six rounds on our card. The 33-year-old Calic (11-1, 6 KO), a Croatian amateur veteran who really hadn’t taken a remotely tough fight in four years as a pro, gave the 27-year-old Buatsi a lot of trouble with his reach and sound technical ability, plus a solid game plan where he and his team seemed to have Buatsi figured out pretty well coming in.

Buatsi had trouble really getting anything going for much of the bout, but was showing some signs in the fifth and sixth rounds that he was getting close against Calic, and had him hurt late in the fifth.

In the seventh round, Buatsi caught Calic with another good shot, and Calic’s legs started to go. He was ruled down by referee Michael Alexander, though it may have been more a slip, but he was also clearly hurt — the legs were gone, and Calic began looking to his corner, who got up on the apron to wave the towel.

Calic looking like he wanted to quit was a bit puzzling at first, even a bit questionable, but Buatsi said in his post-fight interview that Calic had told him his jaw was broken. Calic went to receive medical attention, obviously, so he wasn’t in the post-fight interview himself. If so, that’s obviously an understandable reason to call it a day.

“He was throwing punches, but I had my hands up, they were hitting the gloves,” Buatsi said after the fight. “I was there, man, we’ve got 12 rounds and I kept fighting hard. But he’s a tough opponent.”

Buatsi says if his left eye heals up in time, he’d like to fight again in December.

A pretty easy win for Cameron (13-0, 7 KO), who claims her first world title by taking the WBC junior welterweight belt, which was recently vacated by Jessica McCaskill. Judges had it 100-90 three times for Cameron, BLH also had it 100-90.

The 29-year-old Cameron had been trying to get a title fight at 135 or 140 with Katie Taylor, but even after signing with Matchroom earlier this year it was clear that wasn’t happening any time soon, so she took this opportunity, which she should have. She had no real trouble in this fight, as the Brazilian Araujo (6-1, 1 KO) was out of shape (she missed weight by almost six pounds), slow, plodding, and just couldn’t really do much of anything with the home fighter.

Cameron did suffer a small cut in the sixth round, but followed that up with a dominant seventh, and she pretty clearly won every round of this fight. The 38-year-old Araujo plodded around the ring, had trouble keeping herself contained in a top that was clearly not regulation, and the best thing you can say is that she was tough and ate some good shots from Cameron, though not even coming close to making weight probably had something to do with that, too. Araujo looked to be at least 15 pounds heavier than Cameron in the ring, in all honesty.

“I was brickin’ it!” Cameron laughed, speaking about her nerves coming into the fight. “My team was amazing, they know how to keep me calm and have fun.”

She also wasn’t very complimentary of Araujo, which is understandable, but said she never considered canceling the fight.