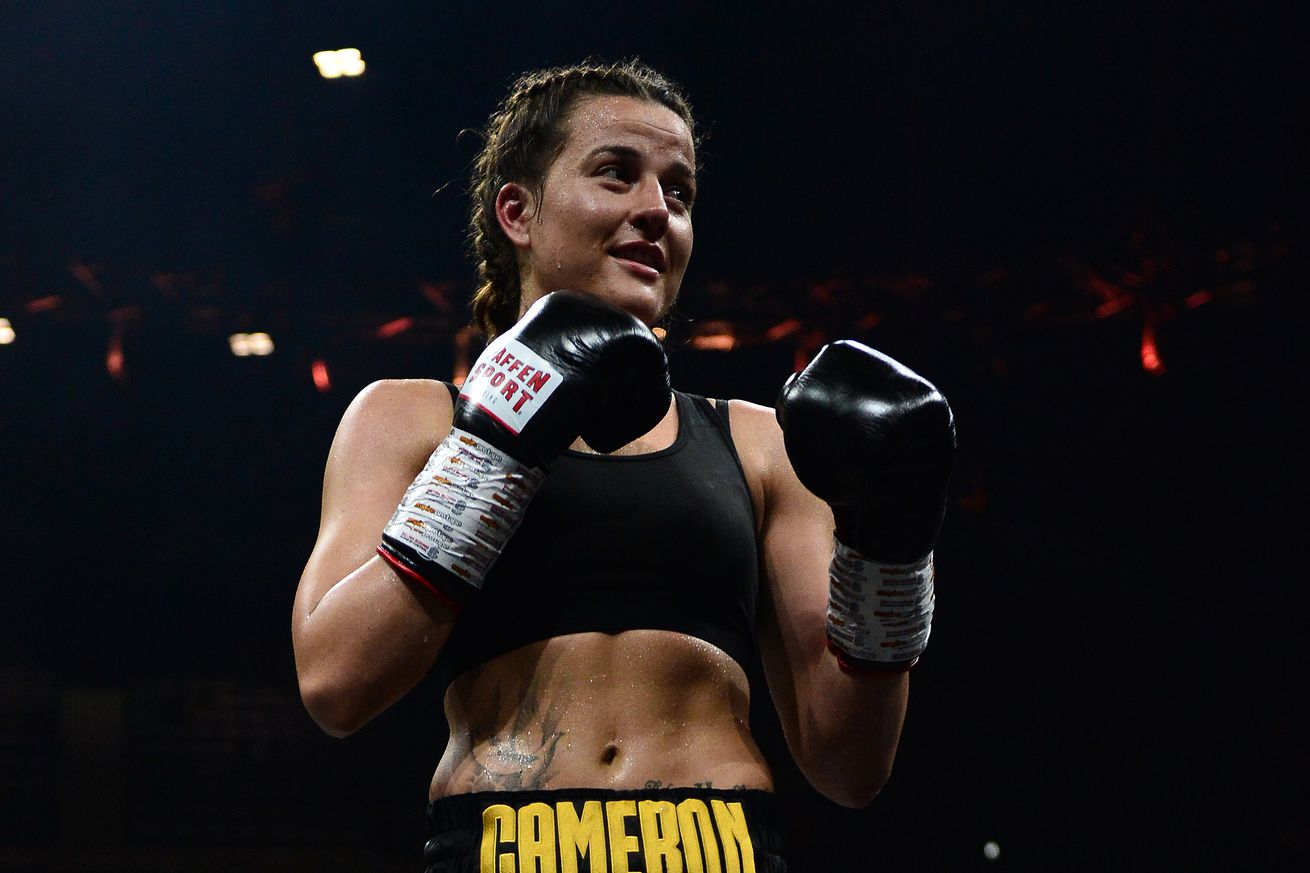 The UK could have another female world champion in the near future. Sky Sports reports that the WBC has approved a clash between Chantelle Cameron and Olympic bronze Medalist Adriana Araujo for Jessica McCaskill’s vacated super lightweight title, though negotiations are ongoing.

Cameron (12-0, 7 KO), freshly signed with Matchroom, boasts mandatory status at both 135 and 140. She’s been vocal about her desire to challenge undisputed champion Katie Taylor, but Taylor will likely continue her efforts at 140 now that she’s settled the score with Delfine Persoon. “Wham Bam Chan” notably defeated former champion Anahi Esther Sanchez in November, dropping her in the process.

The 38-year-old Araujo (6-0, 1 KO) claimed bronze in London and again represented Brazil four years later, only to fall to Mira Potkonen in the opening round; for what it’s worth, Potkonen went on to beat Taylor one fight later. “Pitbull” beat Venezuela’s Estheliz Hernandez for the “silver” title this past February.

BoxRec has both of these ladies ranked in the top five at the weight, making this a quality matchup that could set the winner up for a future unification clash with Taylor.