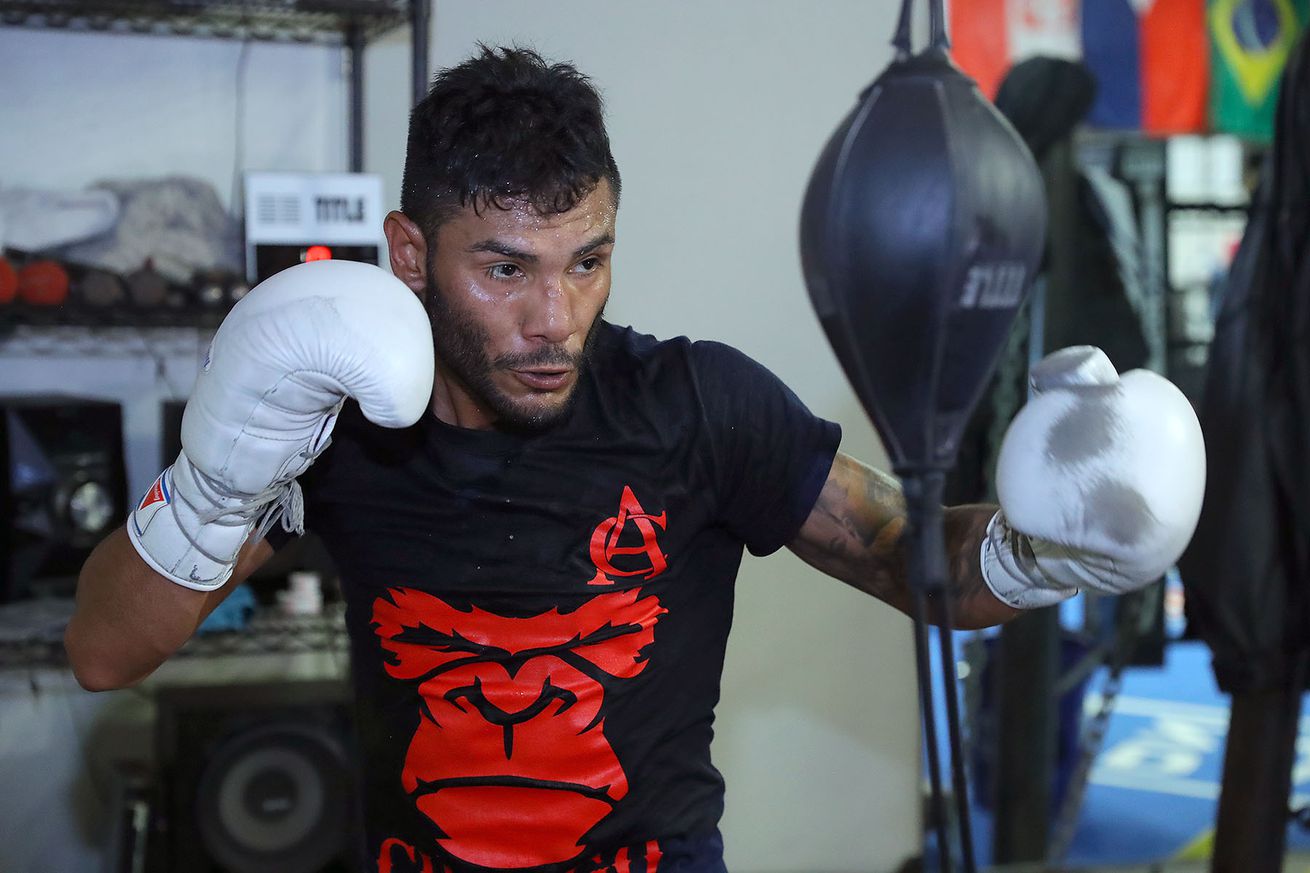 Andrew Cancio is on a roll, and he’s not looking to slow down.

The 31-year-old “El Chango” will defend his WBA “world” super featherweight title in a rematch against Rene Alvarado on Nov. 23 in Indio, California, and he’s looking to keep the big career momentum rolling after two wins earlier this year over Alberto Machado, and four straight wins overall.

Cancio (21-4-2, 16 KO) was not too long ago seen as a nice gatekeeper type, not a world title sort of fighter, and he was never a blue chipper, starting his career 8-1-2 in his first 11 fights at the lower levels. He was capable and worked his way up a bit from there, but then dropped fights against Roger Gonzalez, Ronny Rios, and Joseph Diaz Jr. Around those defeats, he scored solid wins to keep him somewhat in the mix, but he never seemed like a guy who would break through.

In February of this year, though, he broke through and stopped Machado in four to win the WBA’s “world” 130-pound belt, then defended successfully in the rematch, putting Machado away in three.

He credits his team and an improving belief in his abilities with making him a serious player at super featherweight.

“There have been changes in my training, my trainers and my confidence,” Cancio said from training camp. “Before I was kind of timid with my head movement and my jab. I feel a lot better throwing combinations now. My sparring partners know that when I’m done throwing a combination, they can expect a few more punches right after. They always say, ‘Man, I thought you were done with the combination and here I am getting caught again.’

During this four-fight win streak, only Dardan Zenunaj has gone the distance, which Cancio credits to Zenunaj’s toughness.

“Dardan was game and I threw a lot of punches, a lot of combinations,” Cancio said. “I feel like it intimidates them, and it throws them off their rhythm. I’ve been learning more and more as each day goes by in the gym. I’m getting more accustomed to my coach’s styles and their philosophies on how to do things, and I think Rene is going to see that difference.”

Alvarado (31-8, 20 KO) was stopped in eight by Cancio when they first met about four years ago, and this time Cancio is planning to dig to the body, as he’s been doing more and more.

“I like throwing body shots. My combinations include body shots, and I think that’s going to be the key,” he said. “It was the key with Alberto Machado, and think it’s going to be the key to beating Rene Alvarado. Rene Alvarado already knows that I hit hard. He felt it our first fight. I think psychologically, he saw how I destroyed Machado. He shouldn’t expect any less from me on fight night.”

Cancio is also caught up in some of the political aspects of the boxing game. Despite winning his title in February, and the WBA’s “super world” title going vacant, he’s still going to be playing second fiddle of sorts within that sanctioning body. Though Gervonta Davis gave up the “super world” title to move up to 135, that belt will also have a new holder on Nov. 23, as former featherweight titleholder Leo Santa Cruz is coming up for a vacant title fight against Miguel Flores.

“I think it’s a bunch of B.S. I got the short end of the stick once again,” Cancio said. “I’m not a big name to a lot of people like Leo Santa Cruz is. I feel like that’s why they did it.”

He also wants to fight Santa Cruz should both win, to declare one WBA titleholder at 130 pounds, at least for five minutes or so until the WBA finds someone else to hold a belt.

Cancio is also famous for still working a day job with the Southern California Gas Company, which he admits is tougher now that he’s a higher-profile fighter in boxing.

“They are helping me out more now as a champion. I don’t have any more time on my book to take days off, but you can take days off without pay, though it’s up to the supervisor’s discretion,” he said. “They help me out in that aspect. Like today I have media workout. I was going to go in for four hours, but I knew it was going to be very tiring to go out there and drive and drive back over here. I didn’t want to be late, so they help me out in that aspect, but I still have to work like everyone else.”

The fighter says that the fact that he’s living his dream has made it all work, even when it gets tough.

“I’m doing what I’ve always wanted to do, so that’s how I’m able to do all of this. My grandma told me it’s not going to be easy. She would say that it’s not impossible, and it’s true. I’m still doing it to this day. I’m doing this because I love this. I want people to know that if you put your mind to it, you can do anything.”