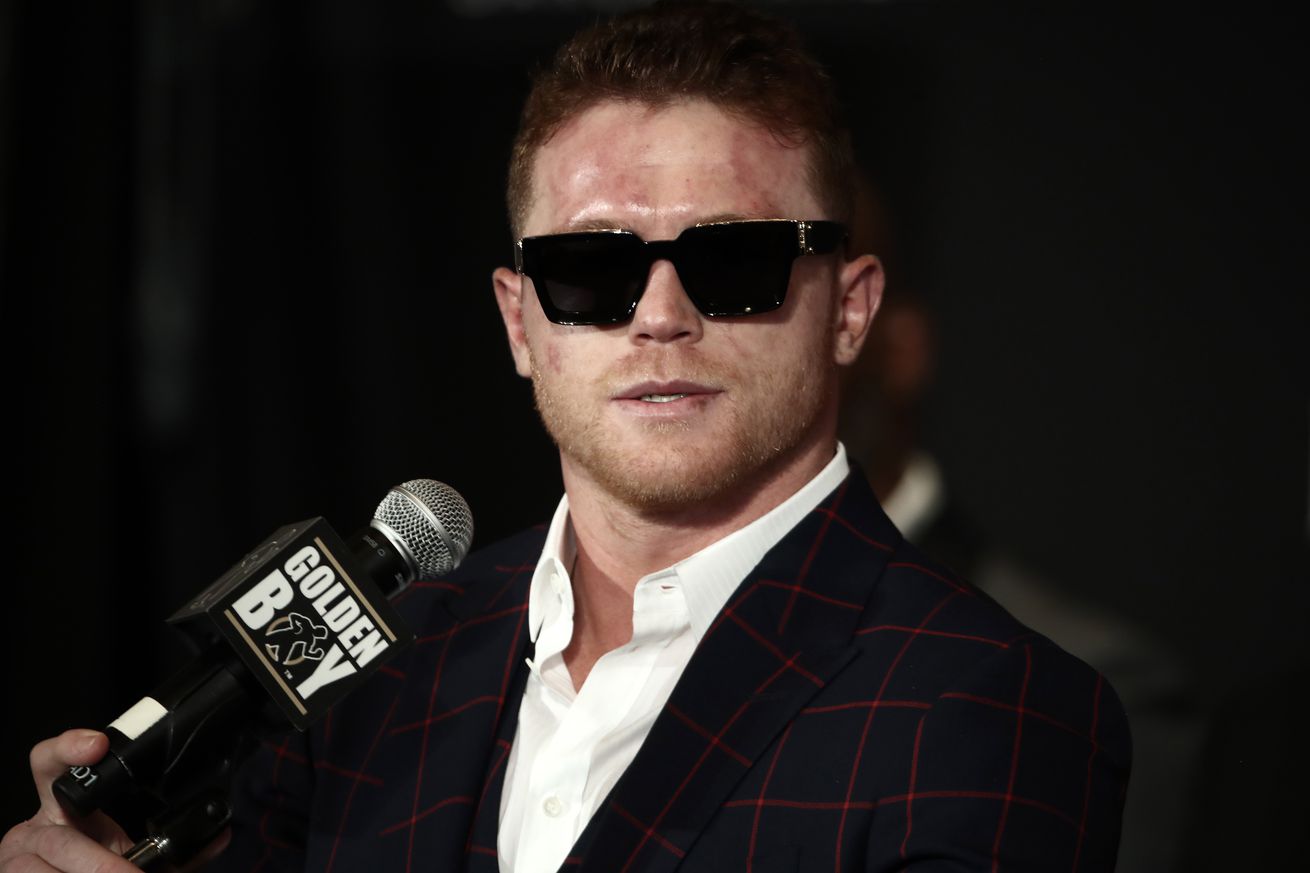 While Canelo Alvarez probably won’t enter the ring this year, it’s looking like he’ll still end up in a fight. Mike Coppinger reports that he’s “filed suit vs. Oscar De La Hoya, GBP & DAZN,” alleging a breach in his contract with DAZN and seeking $280 million in damages.

As far as the motivations:

“I’m not scared of any opponent in the ring, and I’m not going to let failures of my broadcaster or promotors [sic] keep me out of the ring.

“I’m the pound for pound number one in the world. … I filed the lawsuit so I can get back to boxing and give my fans the show they deserve.”

Canelo (53-1-2, 36 KO) has not had what one would call a pleasant relationship with the defendants these past few years. He lost his IBF middleweight title last year after Golden Boy and DAZN apparently bungled negotiations with mandatory challenger Sergiy Derevyanchenko, and there were “rumors” that Canelo and De La Hoya weren’t on speaking terms even before that.

Canelo would later claim that their relationship was “strictly business.”

Things only worsened this year. His planned May 2nd clash with Billy Joe Saunders wasn’t even finalized before COVID wiped it out, and despite months to prepare and no shortage of potential dance partners, his promoters and management failed to put together a September 12th return to the ring. The latest friction came when DAZN offered “about half” of his contractually stipulated $35 million guarantee for a behind-closed-door matchup.

I have no dog in this race and zero insight into the inner workings of this Hindenburgian debacle, but the impression I get is that pretty much everyone involved seriously screwed up at one or multiple points along the line. Whatever the case, it may be a while before boxing’s biggest star laces up the gloves.