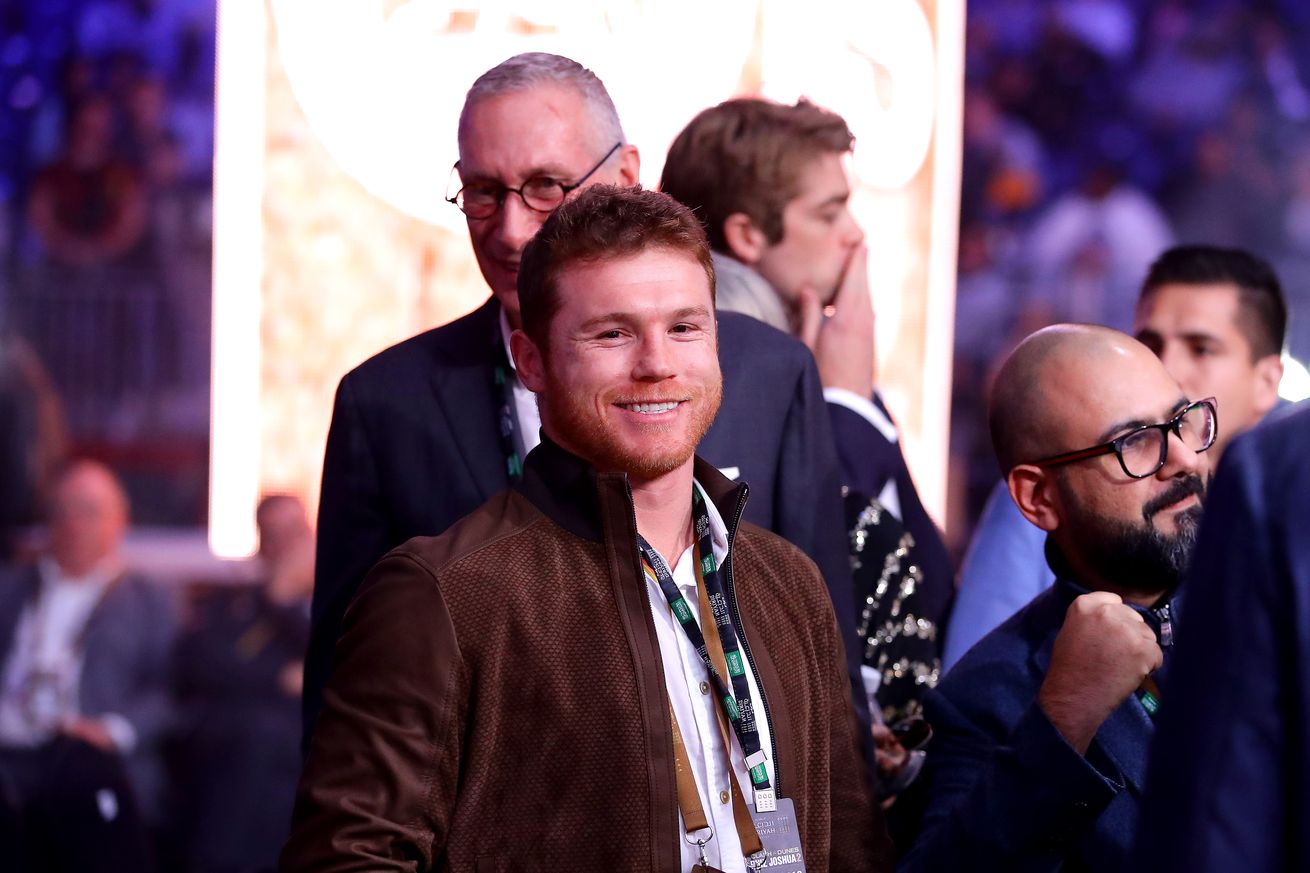 Canelo had been planning to face Billy Joe Saunders in May

Canelo Alvarez’s original 2020 plan featured a May clash with Billy Joe Saunders and a September trilogy match with Gennadiy Golovkin. While the coronavirus has shot everything to hell, the Mexican superstar still has his sights on a September date, though it’s looking like he won’t be settling things with “GGG” right away.

“In my mind, I’m fighting in September,” Alvarez told Mexican TV program Box Azteca. “Hopefully all of this will pass and that date will still be possible. … Right now, everything is on standby. There’s nothing going on, nothing discussed — not even about when the next fight is going to be — because of the situation. They say there won’t be any fights until after July, so we’re waiting, since everything is backtracked because of people who don’t follow or believe in rules.”

Canelo also takes the time to lambast potential opponents who priced themselves out; though he doesn’t name names, Callum Smith allegedly turned down the chance to be his May 2nd dance partner.

“It’s been one of the biggest issues. People scream and shout that I’m afraid to face them, but at the end, when we’re in negotiations, the first thing they seek is a very big amount, more than they’ve ever earned. It doesn’t make sense. Instead of seeking glory, they look for money. That’s fine, but don’t exaggerate.”

Golovkin’s trainer, Johnathon Banks, isn’t keen on his charge jumping right from quarantine into their grudge match. He says the plan is to put together the long-delayed mandatory clash with Kamil Szeremeta, then have Golovkin face one other foe before fighting Canelo. He also accuses Canelo of passing on the fight when Golovkin was ready for it.

With Saunders’ license currently suspended and Golovkin eyeing Szeremeta, it’s unclear who if anyone will share Canelo’s ring before year’s end. There’s no shortage of ostensibly eager challengers, from Dmitry Bivol to David Benavidez, so expect another circus of conflicting rumors.