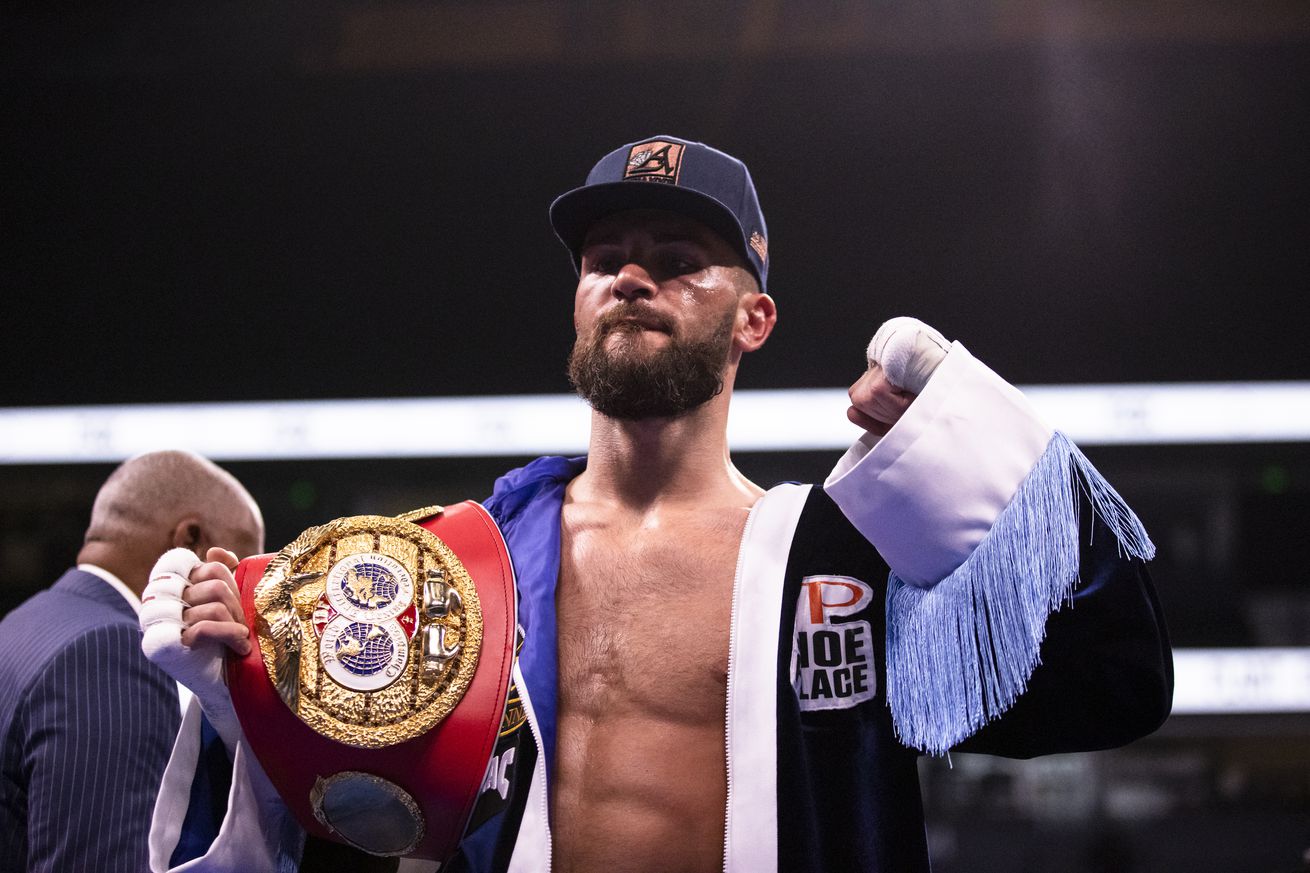 Some are reporting the fight is being finalized for Dec. 19.

There is significant talk out there about a possible Dec. 19 pay-per-view fight between Canelo Alvarez and Caleb Plant, which started with Canelo saying that’s the fight he wanted to do next when he was released from his deals with Golden Boy Promotions and DAZN last week.

Usually in a case like this, where there’s smoke, there’s fire. Right now, you should expect to see Canelo-Plant on Dec. 19. That’s not official, but it’s seemingly headed that way. Canelo doesn’t really float ideas that aren’t solid, for one thing. BoxRec have the fight listed as of now, and BoxRec usually don’t jump the gun on listing fights publicly.

Most likely it would be a Showtime pay-per-view, and if not, then a FOX pay-per-view, but Showtime would make more sense, perhaps, as FOX are running a Dec. 5 pay-per-view (Spence-Garcia) just two weeks before. I mean, not that it really matters, but if you have one “brand,” FOX or Showtime, running PPVs two out of three weeks, it looks greedy and is open for backlash. Believe it or not, a lot of people are definitely smooth-brained enough to think it makes a difference if it’s FOX twice, Showtime twice, or FOX once and Showtime once, even though both networks run their fights through Premier Boxing Champions.

I’ve never played to not lose, I play to win.

This would, of course, be a huge opportunity for the 28-year-old from Nashville, who won the IBF belt from Jose Uzcategui in Jan. 2019. He’s since defended twice, with runaway wins against over-matched opponents Mike Lee and Vincent Feigenbutz.

Plant has looked like a good, skilled, mobile boxer. He’s naturally bigger than Canelo (53-1-2, 36 KO), he’s got a smooth confidence to the way he fights, and he really might be a live dog here, but he’s gonna be the underdog. Alvarez is an elite fighter, Plant has fought nobody near that level in terms of skills. We’d learn a whole lot more about Caleb Plant with this fight, and to be clear, I think he’s a good fighter. But Uzcategui, Lee, Feigenbutz, Porky Medina — those are his best opponents. There is more to find out for sure.

There will also be the question of how well this can sell on pay-per-view. There are various worries here, including:

That said, while I doubt Canelo-Plant can do a million buys, it should do pretty well. You’ve probably got a 400K floor on a Canelo fight, maybe even 500K, and TV ratings — including an abnormally strong FS1 rating for his fight with Uzcategui — suggest Plant might have more of an audience than you may think. Prior to the Oct. 17 Loma-Lopez fight on ESPN, Plant’s February bout with Feigenbutz, who has zero name value in the U.S., was the biggest TV audience for a boxing show in 2020 at 1.528 million on FOX.

FOX generally delivers a solid audience size, at least in comparison to other boxing shows, because it’s FOX, but that solidly beat the Julian Williams-Jeison Rosario fight in January (1.302 million), and the Adam Kowancki-Robert Helenius show in March (1.443 million), and it’s well ahead of everything on FOX since the return from hiatus, including this past Saturday’s Luis Ortiz show, which at 1.215 million viewers was the most-viewed since the comeback. It’s been a weird year, obviously, but Plant-Feigenbutz was still a good number compared to the normal.

Frankly, outside of someone like Conor McGregor crossing over again, I don’t think boxing has a million-buy fight to make right now, for many reasons, not the least of which is it’s 2020 and more and more people understand how to use the internet. Not encouraging it, but it’s a real factor and it’s not going to go away, either. If you have a good fight, enough people will still buy it to make PPV doable.

PBC clearly want to sort of recapture the idea of PPV, which some (including me) believed or at least hoped would be on its way out, but DAZN in particular just hasn’t taken hold to the degree needed to push PPV as a dinosaur concept for combat sports, or even come close to that. But Canelo’s a guy you’re going to have to put on PPV or grossly overpay to not deliver enough subscribers on a streaming service. Both approaches have been tried. One worked way better.