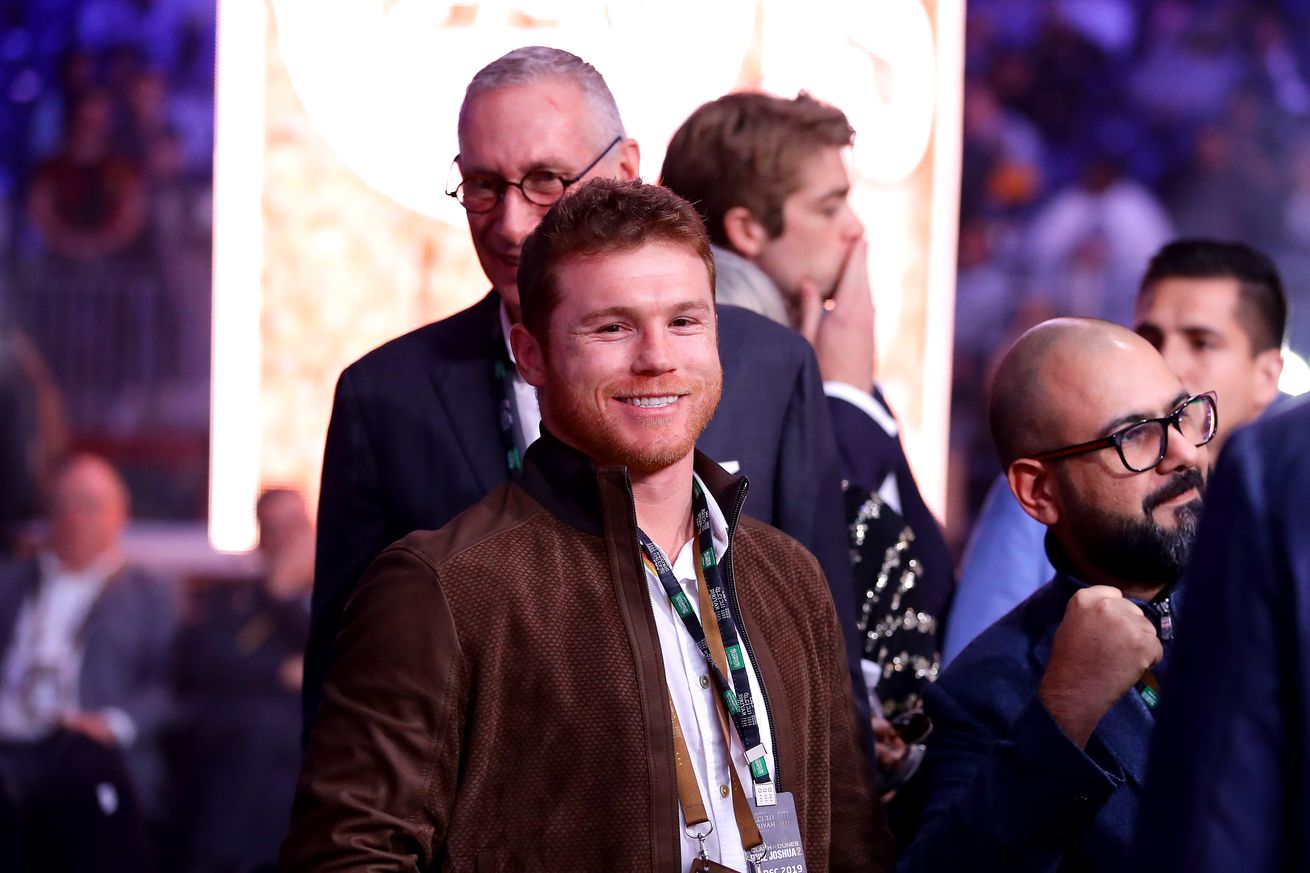 One of boxing’s biggest stars is now its most valuable free agent. ESPN reports that “[a]fter many days of negotiations, representatives for Canelo Alvarez and Golden Boy Promotions have reached an agreement to release the four-time champion.” Trainer Eddie Reynoso confirmed the split in a statement, and Salvador Rodriguez claims that Canelo and his team “are targeting” a December 19th bout with IBF super middleweight champion Caleb Plant.

After seeing COVID axe a May meeting with Billy Joe Saunders and a planned September 12th return fall through, Alvarez (53-1-2, 36 KO) filed suit against Golden Boy and DAZN. The two sides entered mediation soon after the initial suit was dismissed, and as a result, Alvarez’s decade-long partnership with Oscar De La Hoya and co. is over.

If he does make it to the ring in December, it will end a career-long 13-month layoff. He has not competed since leveling Sergey Kovalev for the WBO light heavyweight title.

A fight with Plant (20-0, 12 KO) would technically be a unification, as Alvarez claimed the WBA “world” super middleweight title in his 2018 knockout of Rocky Fielding, but in all reality would serve as Canelo’s first bid at legitimate 168-pound gold. It would also be “Sweet Hands’” toughest fight to date; since dominating Jose Uzcategui for the belt in January of last year, he’s smashed the hapless Mike Lee and the powerful-but-limited Vincent Feigenbutz.

Quality matchup, is what I’m saying.

It will be interesting to see the fallout; anyone got predictions for who he’ll sign with?