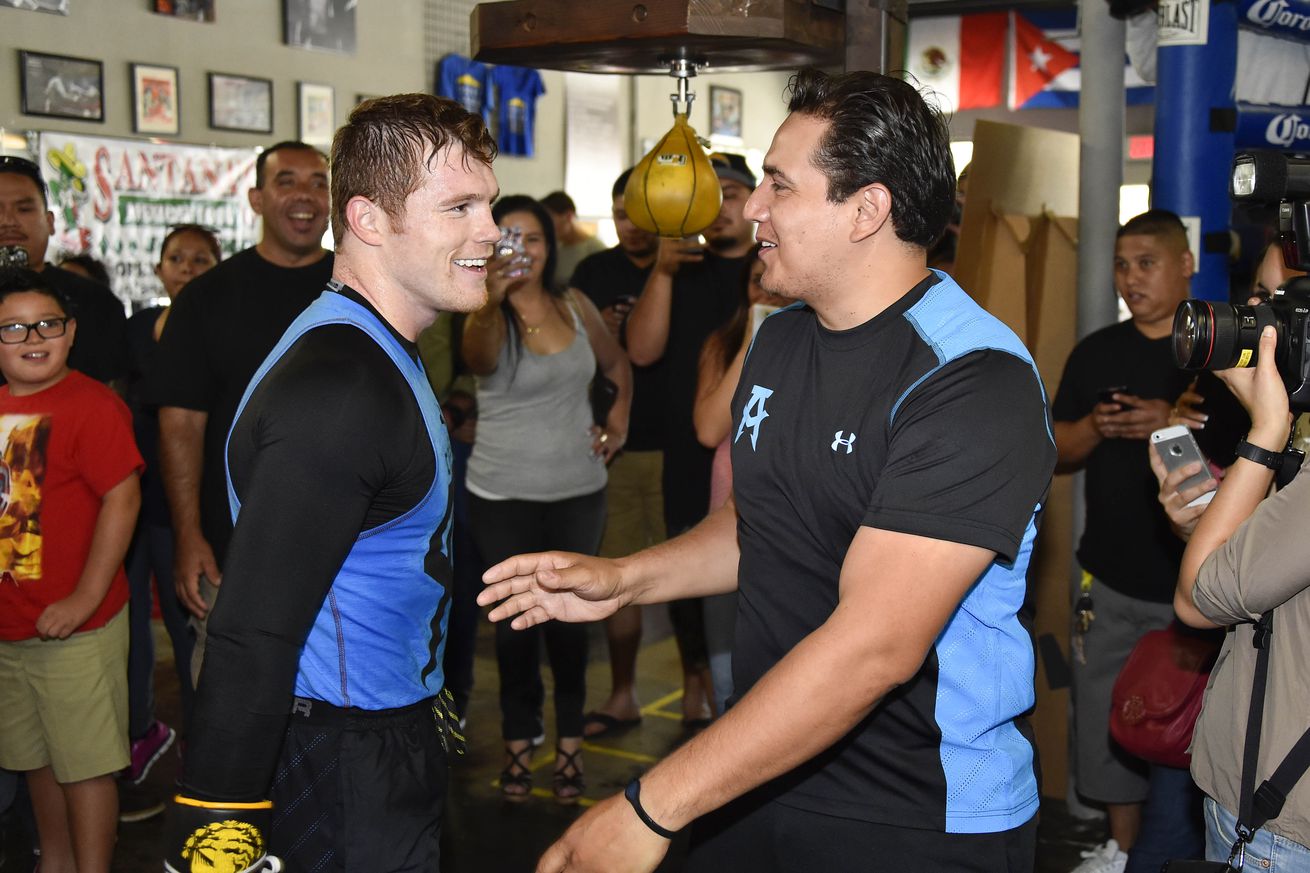 Eddy Reynoso believes we could see the Mexican star against Errol Spence Jr or Jermall Charlo in the coming years.

Canelo Alvarez is moving forward with his career, which may be continuing Dec. 19 against Callum Smith for the WBA (and maybe vacant WBC) super middleweight titles, and while he’s free from contracts with Golden Boy Promotions and DAZN, DAZN may still be the broadcaster for that fight, if it happens.

But Alvarez (53-1-2, 36 KO) will be free to work with various promoters and outlets for the fights he wants going forward, unless he signs with a new promoter or network, which at this point is not expected. Being a free agent and available for any fight out there could be of tremendous value for Canelo, and a pair of Premier Boxing Champions names are on his team’s mind, as trainer Eddy Reynoso talked about the chances of him perhaps facing current welterweight titlist Errol Spence Jr or current middleweight titlist Jermall Charlo.

Spence has expressed his interest in moving up to face the Mexican superstar, and we know Charlo wants the bout. Neither were possible — or at least weren’t easy negotiations at all — before Canelo was released from his previous contracts.

“Spence vs Canelo would be interesting, the only difficult thing is the weight class. Canelo is now fighting at 168 pounds, Spence would have to move up,” Reynoso told Little Giant Boxing. “It’s a fight that could be made, but we have to work toward it, so fighters like Spence can start to move up to 160 pounds and Canelo (back down) to 160 pounds. It’s almost been a year since Canelo has fought, we can’t just move down to 160 pounds, we have to work toward that weight.

“Canelo vs Charlo is a good fight. Charlo has a lot of qualities, he’s spectacular, tall for the division, strong, and has good boxing skills. Sooner or later those fights have to happen, we just have to stay in the gym and keep working.”

Spence (26-0, 21 KO) returns to action Dec. 5, defending his WBC and IBF 147-pound belts against Danny Garcia in a FOX pay-per-view main event, while Charlo (31-0, 22 KO) took a big step toward silencing critics with a Sept. 26 win over Sergiy Derevyanchenko. Canelo-Charlo in 2021 could be a big fight, at 160 or 168. Canelo-Spence might have to wait longer than that, as Spence moving up to 160 would be a big risk, and he’d probably want to acclimate himself first, and expects to stay at 147 for at least another couple of bouts.

But these are definitely top-tier matchups, not just between good talents but in terms of having some box office appeal. And now, they’re doable, or at least we’d think they are.