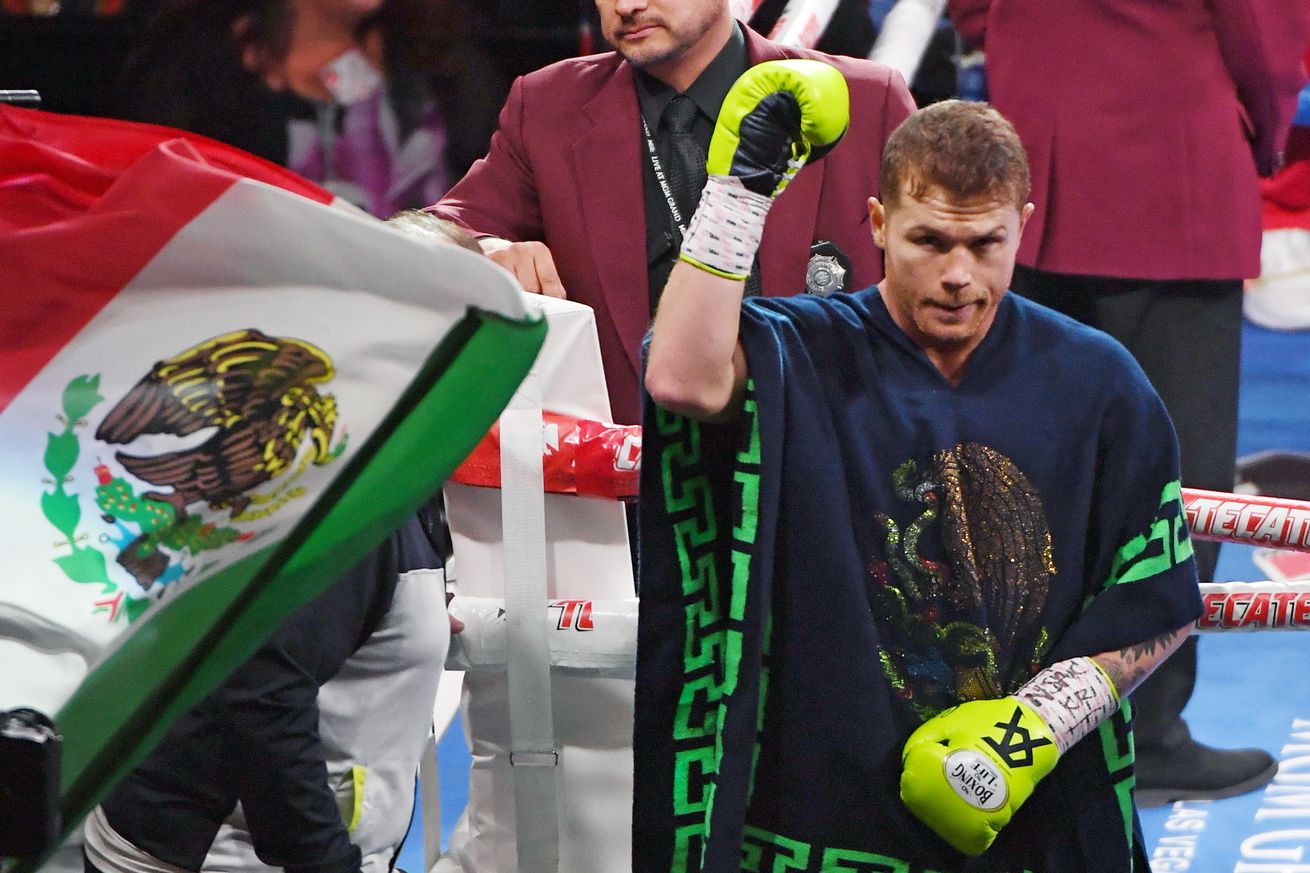 Canelo Alvarez has plenty going on outside the ring, and PBC might get indirectly involved in a coming purse bid.

It goes without saying that Canelo Alvarez has a lot going on right now. He’s filed suit against DAZN, Golden Boy Promotions, and Oscar De La Hoya, alleging a breach in contract and seeking $280 million in damages. He’s also got a purse bid scheduled for Sept. 21, as the WBC had previously ordered him to face Avni Yildirim for their vacant super middleweight title.

It’s that last part that may soon get intriguing as far as the 30-year-old Alvarez (53-1-2, 36 KO) goes, at least if you put stock in a report from Sky Sports that suggests Premier Boxing Champions may be ready to put in a real bid for the Canelo-Yildirim fight.

Yildirim’s promoter Ahmet Oner tells Sky that PBC “could” make a “sizable offer” on the fight, and says he’s definitely hoping that Yildirim (21-2, 12 KO) gets a potentially life-changing chance against the Mexican superstar:

“Canelo is a big chance for us, so I let things go smooth. Let him resolve his issues, if it’s possible. We’ll be happy if it’s Canelo, and if it’s then decided that Canelo will not fight, then I speak to my partners PBC. We have a contract with them and we have an agreement, so we’ll speak to PBC and the president Mauricio Sulaiman. I am still hopeful for Canelo.”

Alvarez obviously has a lot to resolve, and probably not much time to do it. The idea that he might get a pass to fight Yildirim any time soon while he has a massive lawsuit against his promoters and the streaming platform that gave him a record contract seems like wishful thinking at best; not impossible, perhaps, but surely unlikely. In all reality, Canelo making the lawsuit move might well keep him out of the ring for a long time, despite his desire to get back in the ring being the stated reason for filing in the first place. Unless DAZN and/or Golden Boy are willing to just cut ties and come to some sort of possible settlement, it’s hard to see Canelo gloving up in the near future, with or without a WBC purse bid in 10 days.

But even the idea that PBC could potentially, if indirectly, show an interest in Canelo is intriguing. If or when Canelo gets free from his DAZN contract and/or his promoters — with whom he’s had no love lost for some time now, by all accounts — then he’ll have to link up with someone, and there’s not a promotional outfit on the planet that wouldn’t want him, from PBC to Top Rank or anyone else you can think of, though those would be the two likely serious players, what with another potential suitor, Eddie Hearn and Matchroom, being so closely tied to DAZN (at least for now). He instantly and greatly enhances the brand power for anyone.