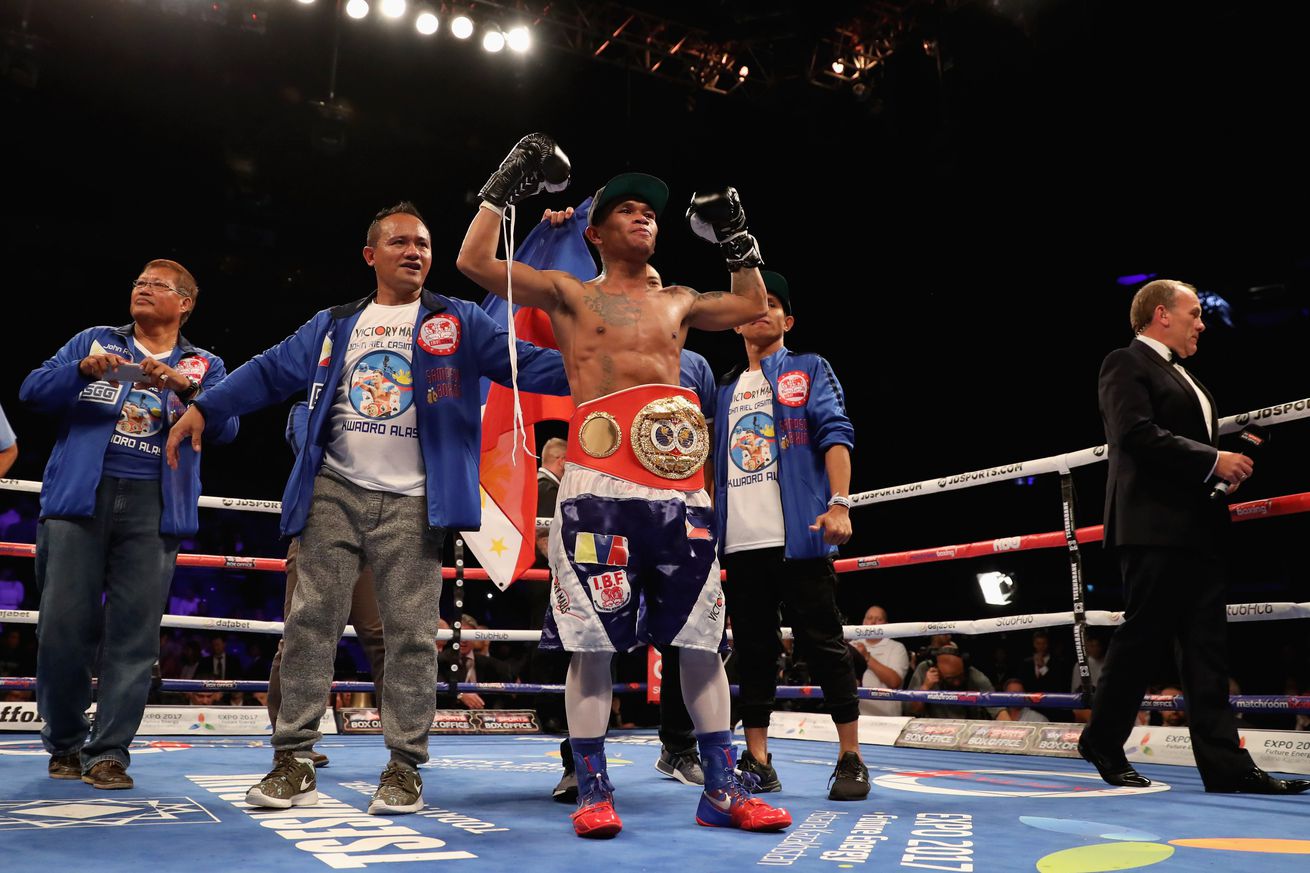 Casimero is still expected to face Naoya Inoue at some point

John Riel Casimero, who left his native Philippines for Las Vegas just before the pandemic hit in anticipation of a unification clash with Naoya Inoue, will be staying put for now. Promoter Sean Gibbons is “looking at a lot of options” for a tuneup fight should Inoue, who’s reportedly facing some visa issues, remain stuck in Japan by the end of this month.

With the fight seemingly on the backburner, Gibbons is scouting other options that include American Rau’shee Warren 17-3 (4), Mexican Pedro Guevara 36-3-1 (21) and Australian Jason Moloney 21-1 (18).

“I’m looking at Mexican Pedro Guevara and others,” said Gibbons, who wants Casimero back in the ring no later than October.

All three would be refreshingly ballsy options. Warren rebounded from a loss to Nordine Oubaali with a decision in February, Guevara has exclusively lost by split or majority decision to the likes of Casimero (29-4. 20 KO), Yu Kimura, and Ken Shiro, and Moloney looked ferocious in his beatdown of Leonardo Baez earlier this month.

Moloney is the most appealing of the lot and has already said he’s game. It’s a well-matched fight, would be incredibly entertaining, and could potentially satisfy my eternal craving to watch promoters’ carefully crafted plans fall apart. Let’s do it.