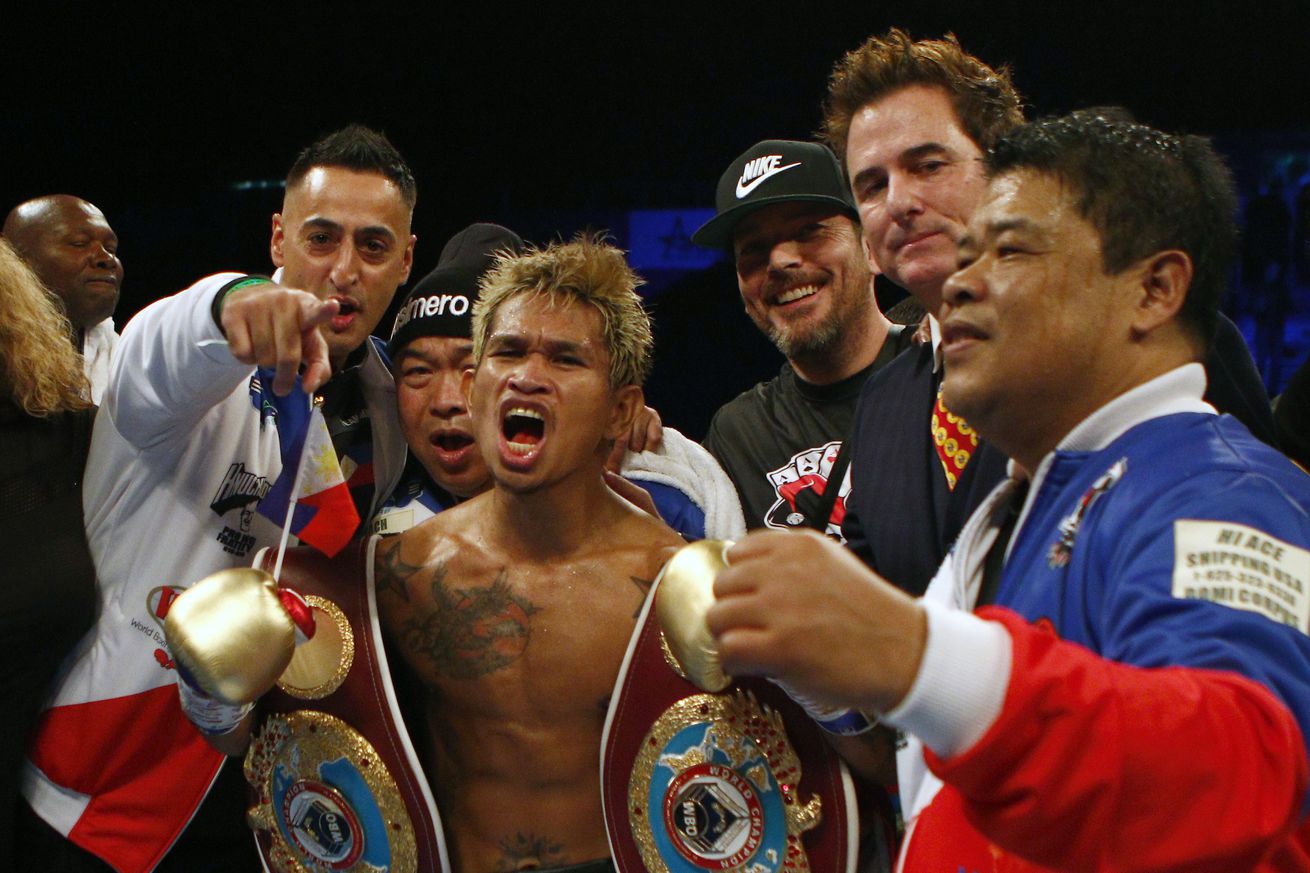 WBO bantamweight titleholder John Riel Casimero was supposed to face WBA/IBF titlist Naoya Inoue in late April in Las Vegas, which was to be Inoue’s first fight under the Top Rank banner and his first headline bout in the United States.

But “The Monster” is in Japan, and Casimero is in the United States, waiting for COVID-19 to potentially clear enough for that fight to take place. Sean Gibbons of MP Promotions, who back Casimero (29-4, 20 KO), tells ESPN that the 31-year-old Filipino is not looking to do a tune-up at this time. But he does admit that this could change if Inoue (19-0, 16 KO) can’t get to the U.S. for a while longer, which is very possible.

The 27-year-old Inoue is coming off of a Fight of the Year performance in a war with Nonito Donaire, which unified the WBA and IBF belts and won Inoue the World Boxing Super Series’ Ali Trophy. Casimero, 31, beat Zolani Tete via third round TKO in England last time out, winning the full WBO title, which made him a three-division titlist.