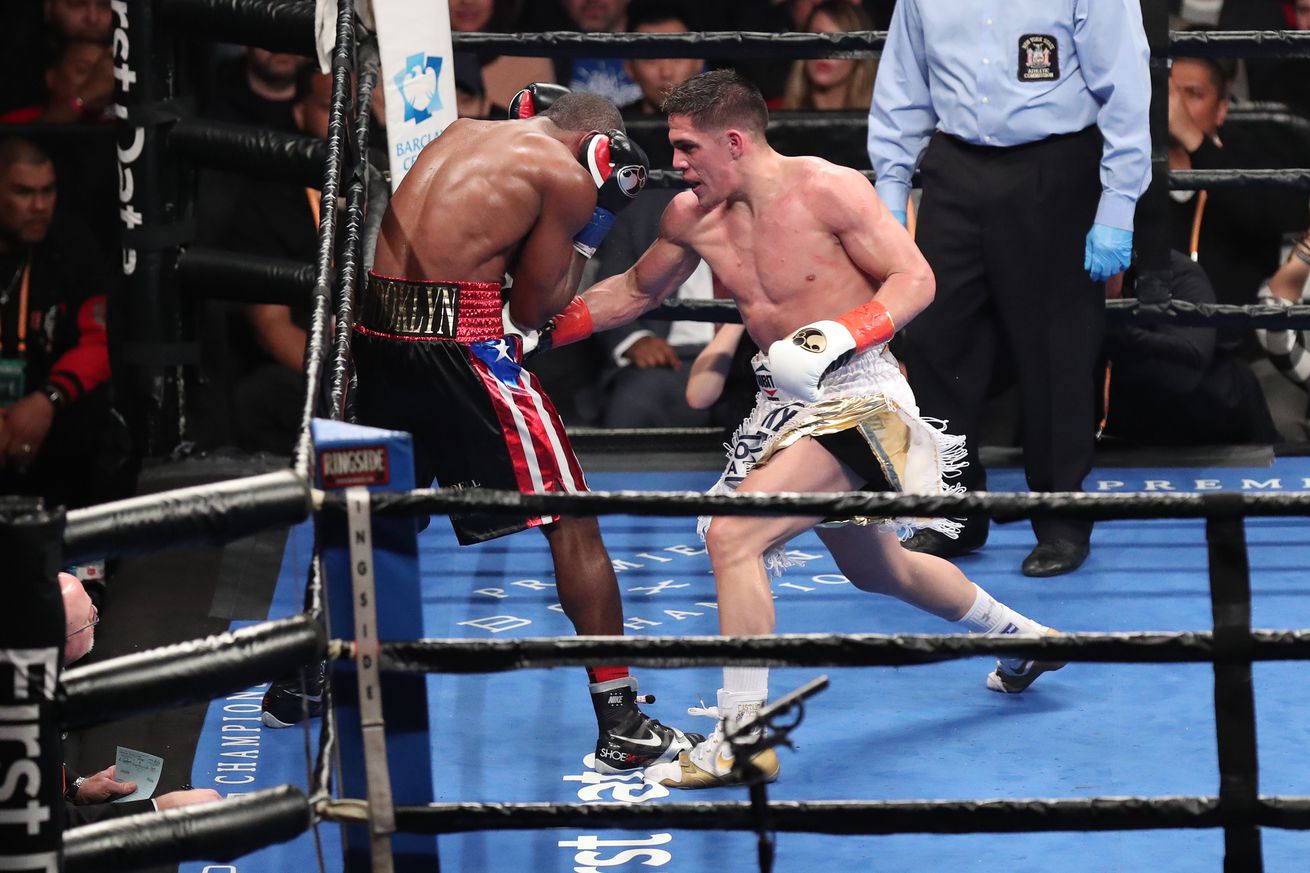 Three of the four headliners are former WBA champions

Argentina’s Castano (15-0-1, 11 KO) fought Erislandy Lara to an entertaining draw this past March in his second title defense, after which the WBA ordered him to face “gold” champion Michel Soro. The pair first fought in 2017, and Castano alleged that Soro’s team had failed to pay him until months afterwards; as a result, when Soro’s team refused Team Castano’s demands after winning the rematch’s purse bid, Castano elected to vacate. He’s got a bad case of “small name, big danger” without a belt, so let’s hope this doesn’t backfire too badly on him.

Omotoso (28-4, 21 KO) is a one-time prospect who’s settled into his role as a prospect-checker. The Nigerian-born “Lucky Boy” has never been stopped and recently smashed Curtis Stevens after three one-sided rounds. He doesn’t ostensibly pose a threat to someone who can handle Lara, but he’s tough and game enough to give the aggressive Castano a good scrap.

Fortuna (32-2-1, 23 KO) hasn’t competed at 130 pounds since a shock knockout loss to Jason Sosa in 2016, and in fact missed the lightweight limit ahead of a narrow decision loss to Robert Easter Jr. three fights back. His 140-pound debut ended abruptly when he fell through the ropes against Adrian Granados, and he returned to 135 for his February decision over Sharif Bogere.

Cuellar (29-3, 22 KO) entered 2019 reeling from a pair of consecutive losses. After losing his WBA featherweight belt to Abner Mares, he moved up to 130 to challenge Gervonta Davis, who welcomed Cuellar back from his 16-month absence by brutalizing him in three. He was last seen scoring a get-well knockout on the Porter-Ugas undercard this past March.

It’s honestly a solid pair of fights, which is why it’s a shame this card’s dead meat against its competition: Miguel Berchelt vs. Jason Sosa on ESPN+ and, of course, Canelo vs. Kovalev on DAZN. Gotta love healthy competition.