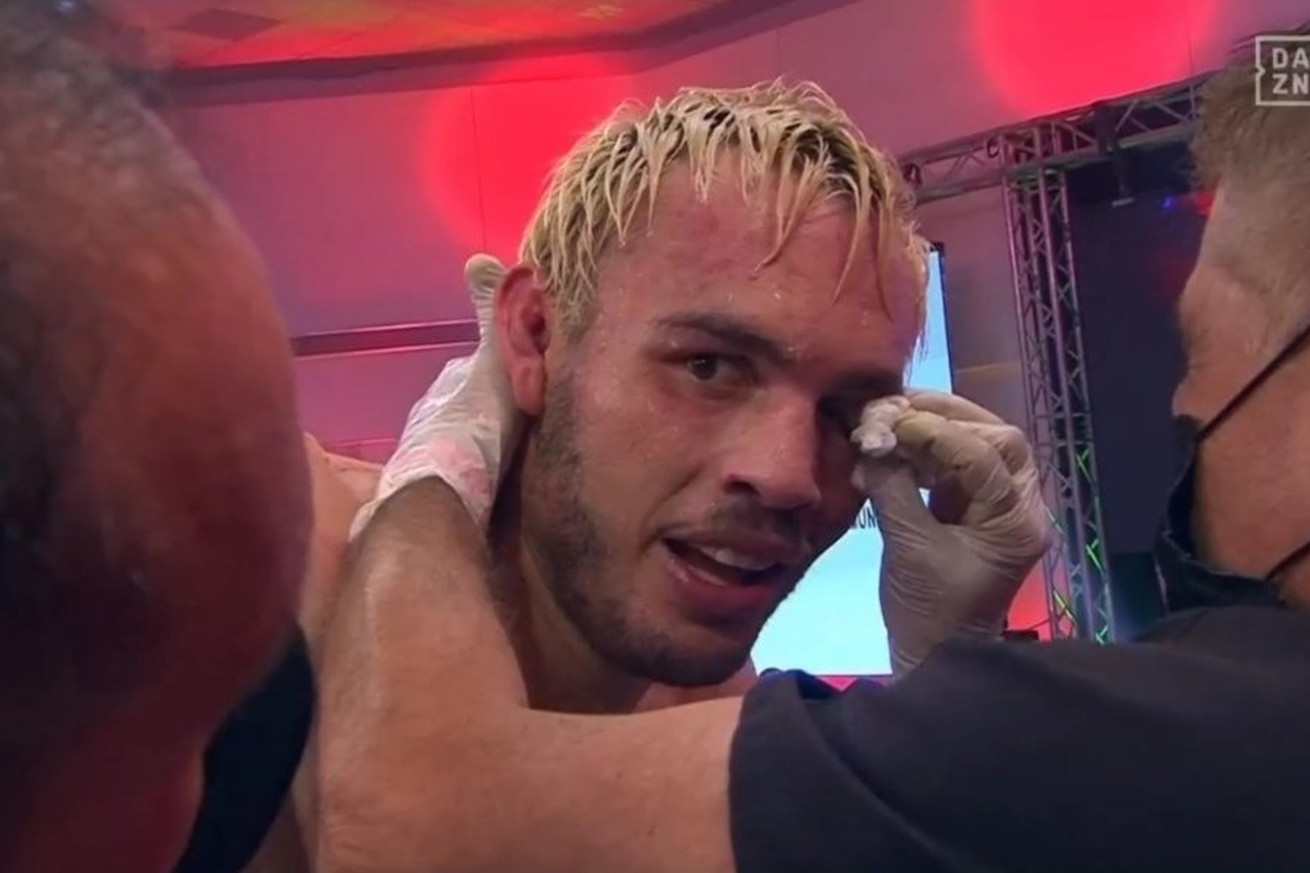 Julio Cesar Chavez Jr may truly be at the end of the line in boxing after another loss tonight.

The 34-year-old Chavez suffered a pretty stunning upset loss, dropping a technical decision to unbeaten but totally unproven 30-year-old Mario Cazares on scores of 57-56, 57-56, and 59-54. Bad Left Hook also had the fight 57-56 for Cazares when it was stopped.

If you hadn’t already given up on Chavez (51-5-1, 33 KO) as a relevant fighter beyond his name recognition, the time is probably now. Cazares (12-0, 5 KO) may be unbeaten, but he’s not really a prospect — he’s too old for that, for one thing, and he’d only once faced a fighter with a winning record before tonight, a guy who was 9-8-1 last December.

But it was clear very quickly that Cazares was all business, and did not come down to roll over for the JCC Jr comeback, which was Chavez’s first fight since his lousy display against Daniel Jacobs last December in Phoenix.

Chavez looked like a fighter who doesn’t really want to be in there anymore. He was loading up for a big right hand most of the bout, and while he had his argument for winning a couple of the rounds, even those weren’t clear, and Cazares did the better work overall.

The ending came when Chavez was pulled from the fight due to a cut caused on his eyelid after what was ruled an accidental headbutt, though the broadcast struggled to find the headbutt that must have caused it. Cazares did lose a point in round two, when he weirdly threw sort of a phantom blatant headbutt at Chavez that didn’t really connect, but Chavez sold it some, and at any rate it was a dumb thing to do.

But Cazares was the more consistent guy here, the one who clearly cared much more about being in the ring. After the third round, when I did have Chavez up 29-27, I thought it looked like Julio would be winning this fight in the end, but that it was obvious he’s not really interested in his boxing career anymore. He looked dispassionate and tired, sort of disconnected from the task at hand. And then Cazares won the next three rounds on my card, counting the partially completed sixth, and somehow, the judges in Mexico decided they were out of favors for Junior Chavez, and Cazares got the deserved scores.

Chavez, frankly, will probably fight again. It wouldn’t be a surprise to see them run this back with the promise of a different outcome. And for Cazares, it’ll probably be an amount of money he can’t turn down. But if Junior really decides he’s just done, honestly, it’s probably for the best. He’s done as much as he’s ever going to do in boxing, and is lucky in many ways to have the achievements that he does.

The legendary Julio Cesar Chavez and Jorge Arce held their third exhibition bout tonight in Tijuana, and it was definitely an exhibition boxing bout between a 58-year-old man and a 41-year-old man, both of whom have long been retired.

Chavez and Arce had headgear and fought in t-shirts, but they definitely fought, throwing plenty of leather in four rounds of action, and not doing much as far as defense goes. They put on a little show of fighting after the bell a couple times, including at the end of the fourth and final round, but it was all good natured, fun, and for a good cause, too. It’s clear the amount of respect shared between the two ex-champions, and also clear how hard they both work in these fights just to put on at least a decent show.