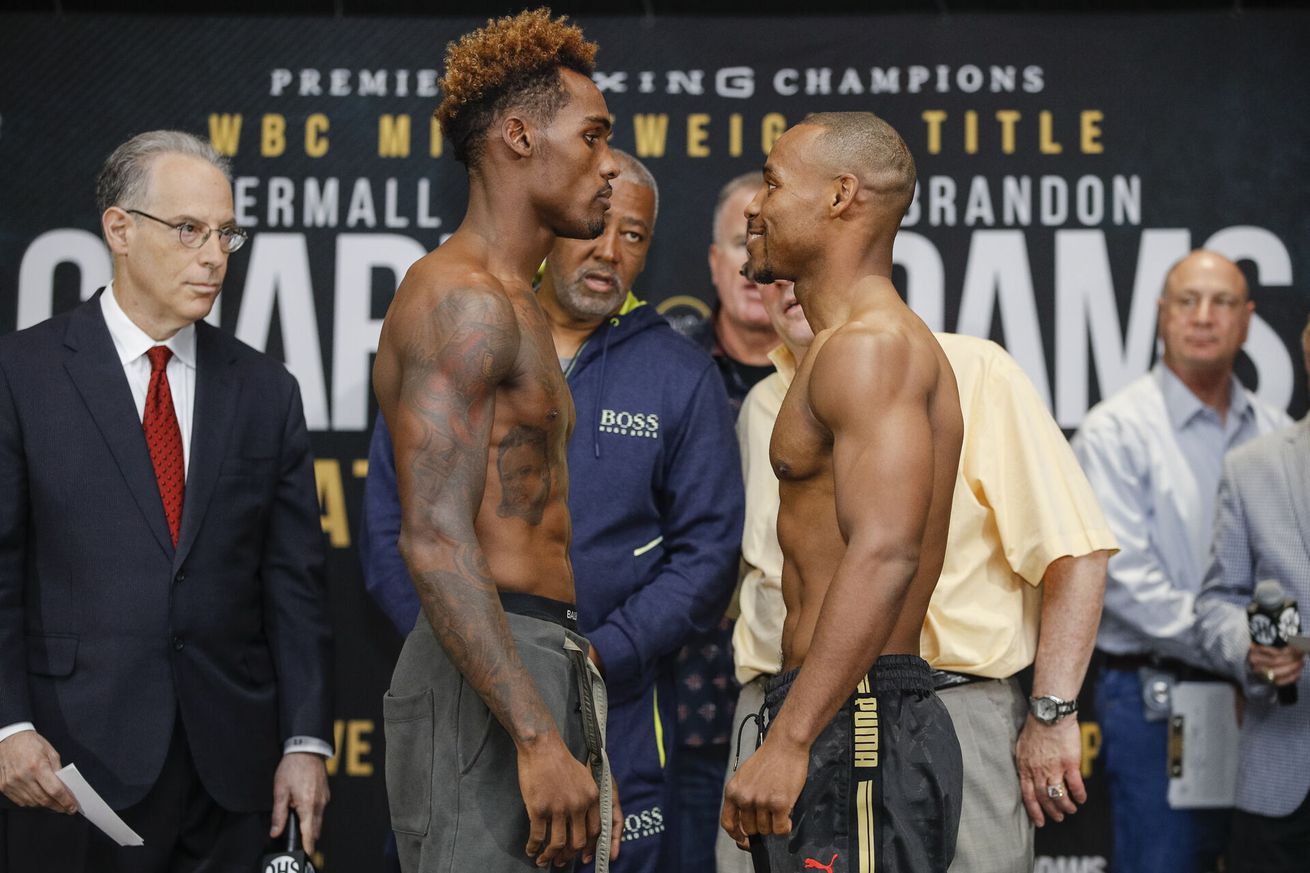 Jermall Charlo vs Brandon Adams is set for tomorrow night on Showtime.

Jermall Charlo (28-0, 21 KO) is set to defend the WBC middleweight title — kinda, Canelo still sort of outranks him as WBC middleweight “franchise champion” — against Brandon Adams (21-2, 13 KO) tomorrow night on Showtime, as the fighters made weight today in Houston.

Charlo weighed in at 159½, with Adams at the limit of 160. Laurence Cole will referee the fight, and the judges will be Don Griffin, Steve Morrow, and David Sutherland.

“I’m proud of the people of Houston for coming out and supporting me,” Charlo said. “I expect this to be a show. I’m going to give it my all. I’m going in there to defend my life.”

“I expect Charlo to come out and be his best because I’m bringing the absolute best Brandon ‘The Cannon’ Adams. I’m willing to dig deep. I’ve had a lot of time off to figure out who I am as a person,” Adams said. “I had a three-year layoff and everybody thought that was going to be my downfall but it was actually my biggest upcoming. I’m looking forward to this challenge.”

Bad Left Hook will have live coverage for Charlo vs Adams on Saturday, June 29, starting at 9 pm ET on Showtime