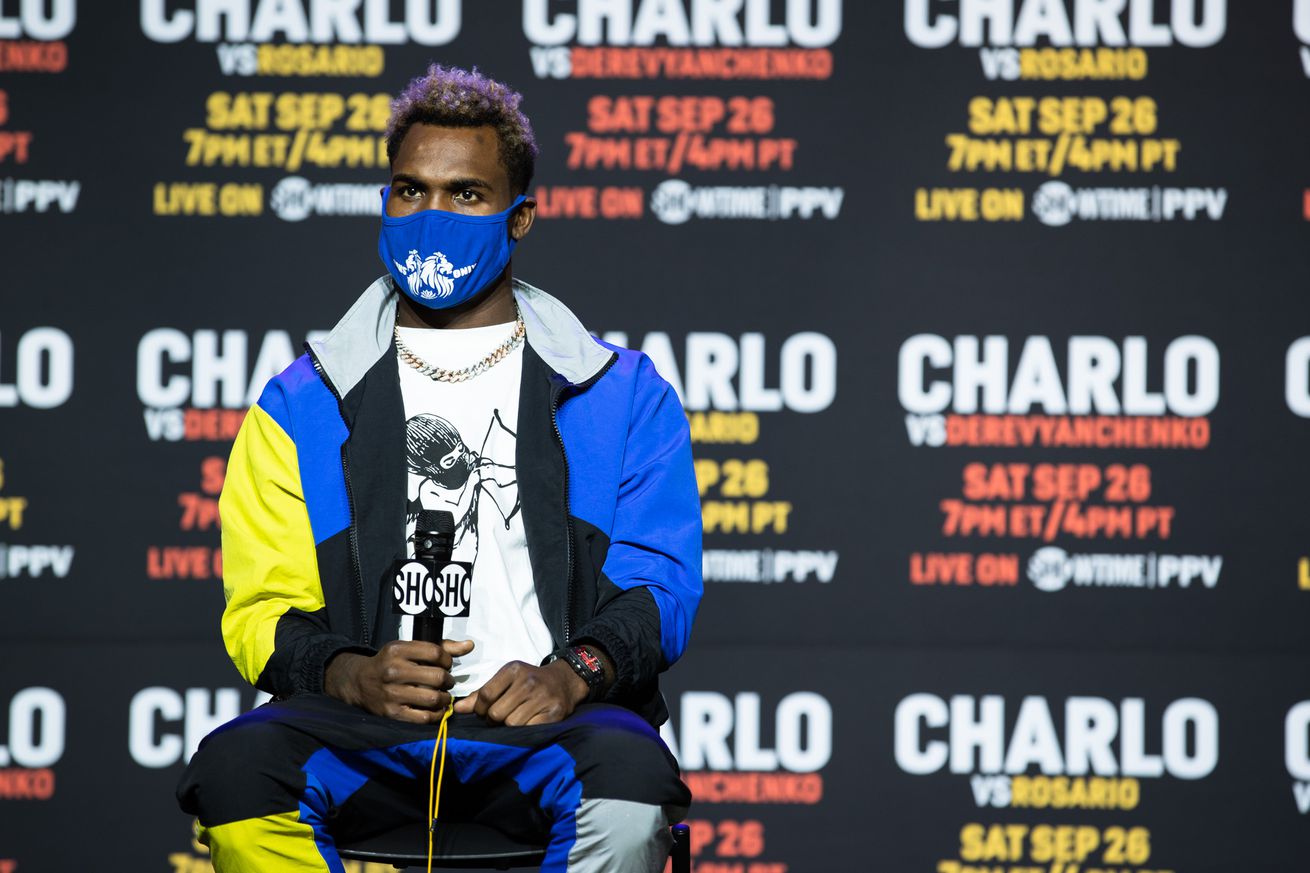 The titlist and the challenger both have something to prove on Saturday night.

Jermall Charlo is facing what most believe will be easily the biggest test of his pro career to date, as he’s set to defend his WBC middleweight title this Saturday night against Sergiy Derevyanchenko in a Showtime PPV co-main event.

Charlo (30-0, 22 KO) and Derevyanchenko (13-2, 10 KO) both displayed a lot of confidence at Wednesday’s final press conference. For the 30-year-old Charlo, who has held titles at 154 and 160, this is a fight about proving he’s truly an elite fighter, which is something that many fans and critics are still skeptical about.

“This is just the beginning for me. There’s been 30 fighters who’ve tried to beat me, and all 30 failed,” Charlo said. “We’ll get a chance to get in there and do what we do best on Saturday. Talk is cheap. We’ll see where that green belt goes on Saturday.

“I’m focused and locked in. I’m ready to fight. Sergiy can say what he wants to say about me, it’s going to be a fight on Saturday.”

Charlo believes that the 34-year-old Derevyanchenko may, in fact, be too confident, perhaps mostly in the fact that Derevyanchenko has had high-level experience in two very competitive losses to Daniel Jacobs and Gennadiy Golovkin.

“Derevyanchenko is looking past me. His trainer and his whole camp, they’re all looking past me. They’re going to find out what they’re in for on Saturday,” Charlo said. “I’m the best in the world. On Saturday night, everyone will get a chance to see it.”

Derevyanchenko, nicknamed “The Technician,” is getting a third shot to win a world title. He’s 0-2 in the aforementioned Jacobs and Golovkin bouts, both of which were for a then-vacant IBF belt at middleweight.

“The green color of the WBC belt suits me. I want that green belt. I’ve fought twice for the title, and I’m more ready than ever for the third time,” Derevyanchenko said.

Both fighters have been off all of 2020, mostly due to the coronavirus pandemic and restrictions. Charlo last fought in Dec. 2019, while Derevyanchenko has been off 11 months following the loss to GGG. But Derevyanchenko isn’t concerned about ring rust.

“I was happy to have the break after the Gennadiy Golovkin fight. I got good rest,” he said. “I’m relaxed, and when I came back to the United States, I was ready to train and now I’m ready to fight. It all helped me.”

While noting that his fights with Golovkin and Jacobs give him an experience edge, Derevyanchenko sounds ready to attack in a different manner against Charlo.

“I’m going to put pressure on him from the beginning. I’m going to use my legs, my jab and combinations to get the win,” he said. “This is a big fight. When I win, even more opportunities will open up. I’ll be able to unify and take my career to the next level.”