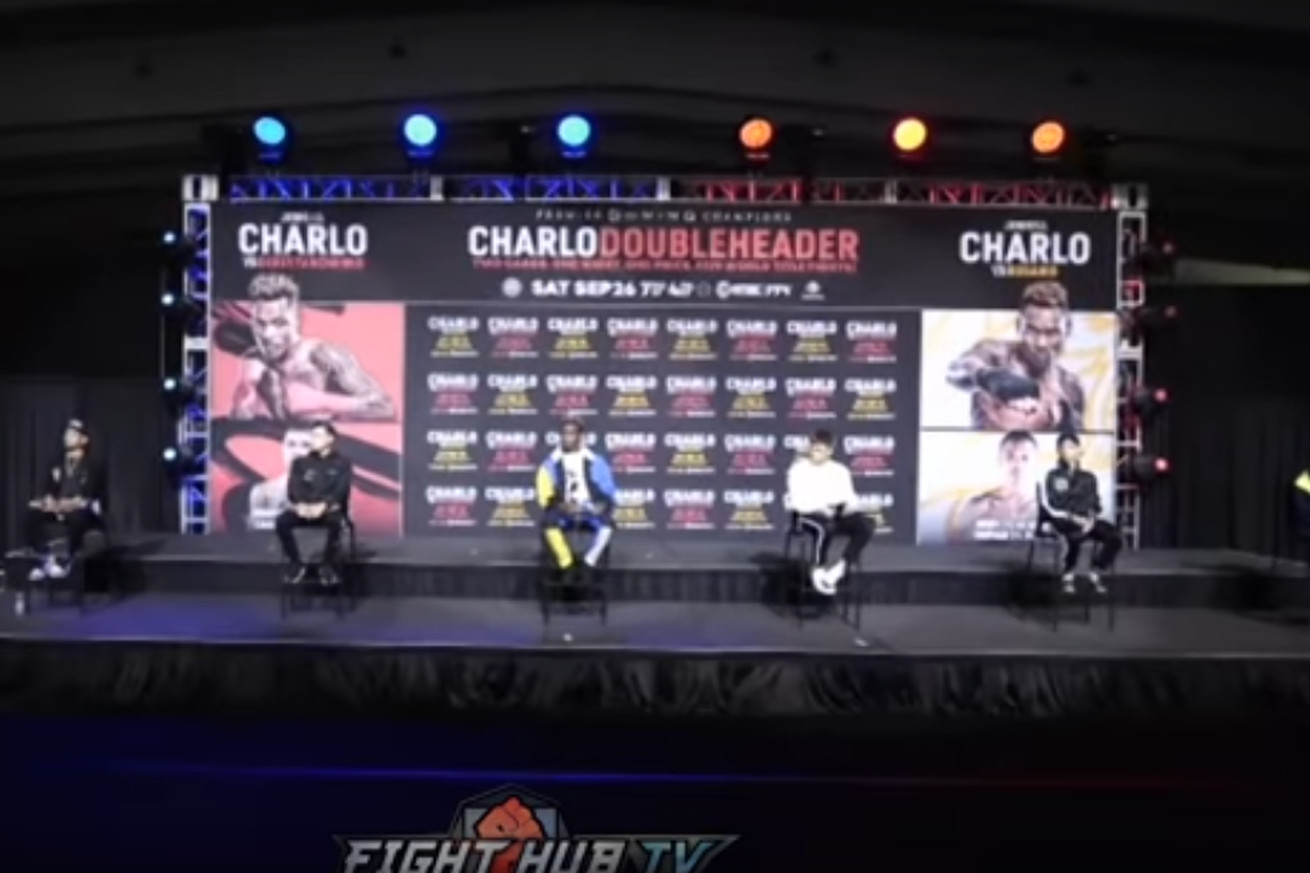 With Jermall Charlo set to defend his WBC world title against Sergiy Derevyanchenko this weekend in a Showtime PPV doubleheader, both fighters made an appearance for a final press conference which can be viewed in full above.

Charlo, 30, enters this fight nine months removed from a stoppage win over Dennis Hogan last December. Before that, Charlo scored a unanimous decision win over Brandon Adams. Lot of fans have been overwhelmed by Charlo’s opponents in recent years, but this is surely a tough matchup that we can all enjoy.

Meanwhile Derevyanchenko, 34, has been off for just about a full year since losing a unanimous decision to Gennadiy Golovkin last October. This will be Derevyanchenko’s third shot (and possibly final) shot at a major world title, and he says he doesn’t intend to let this opportunity pass him by.

All the action kicks off this Saturday night, with twin brother Jermell in a junior middleweight title unification with Jeison Rosario. Bad Left Hook will have live coverage at 7 pm ET on Saturday, Sept. 26.