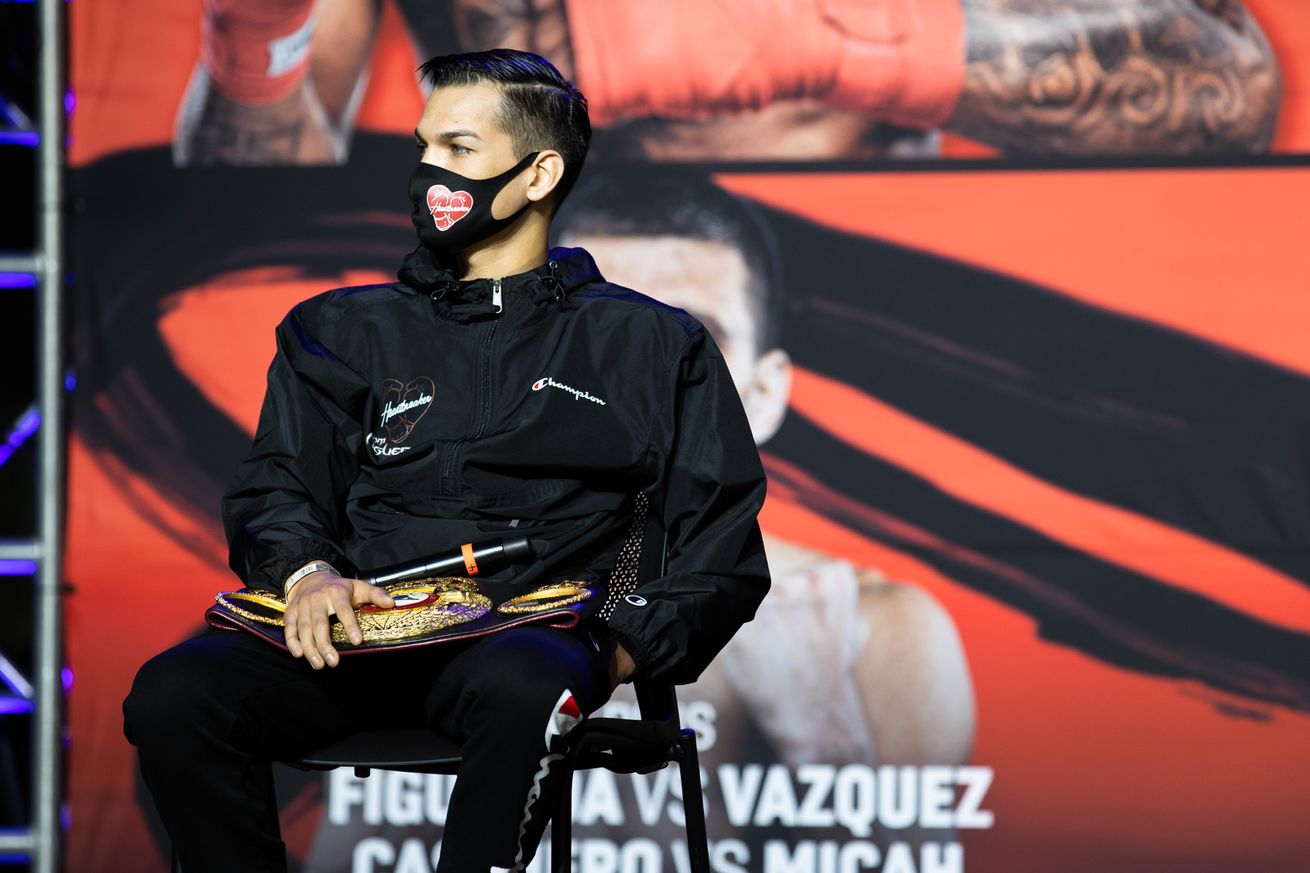 The eight undercard fighters for Saturday’s PPV gave their thoughts at today’s presser.

Saturday night’s Charlo doubleheader pay-per-view from Showtime is unusual in many ways. The broadcast will be split into two portions, with three fights apiece, one headlined by Jermall Charlo vs Sergiy Derevyanchenko for Charlo’s WBC middleweight title, and the other by the 154-pound unification fight between Jermell Charlo and Jeison Rosario.

That means there are four PPV undercard fights, making six fights total, instead of the general four total we see on the usual PPV show. We’ll have more on all the fights on Thursday, but the undercard will feature two world title fights, one kinda world title fight, and a title eliminator, meaning every fight on the show has legitimate relevance in its division.

The eight undercard fighters spoke on Wednesday at the event’s final press conference, and here’s what they had to say.

“I’m excited to be back to doing what I do best and that’s getting in the ring and giving the fans a great show.

“It’s been a very unique circumstance training for this fight during the pandemic, but we made the most of it. I’m very fortunate that I have access to a private gym, so I was able to stay consistent with my training. Sparring was a little difficult, but I was able to venture out after a while and get some good sessions in. Even though this is the longest I’ve gone without a fight, I never took much time off.

“I feel like this fight won’t last too long, because I had such a good training camp. I keep getting better and stronger and I’m ready to showcase that Saturday night.”

“I’m ready to go. To be honest, this is the most excited I’ve ever been about a fight. He has two hands and his heart beats like mine. There’s nothing to be scared about in facing my opponent.

“No disrespect to the Charlos, but I want to be fight of the night and steal the show. May the best man win. I’m confident that will be me. Plain and simple.”

“I want to give everyone watching an impressive performance. I’ll go for the knockout.

“This is a big opportunity show the world who I am. I promise I will do my best this fight. I am extremely ready to give it my all.

“My opponent is a mature boxer with good experience. But I’m going to be too strong for him. I believe I’m the best at 118-pounds.”

“I’m so grateful for this moment. This is a massive night for me. It all comes down to this and we are coming to win.

“I have to stick to my game plan. I expect my opponent to box and move. I’ve prepared for a couple attacks that I think he will use. I’ve never been more ready for a fight than I am for this one.

“Casimero is a good boxer, but I’m a different fighter than I’ve been in the past. I’ve improved my game so much working with Andre Rozier. The fans will see it on Saturday night, and they will become instant fans of my electrifying style.”

“Everyone knows about my strength and knockout power, but my technique and preparation will play a part to help me win this fight.

“I’m excited for the challenge of moving up in weight. I want to dominate across multiple weight classes. That’s going to start Saturday night with a big statement against [Aaron] Alameda.

“This is really one of the best training camps I’ve ever had. I’ve been working with Eddy Reynoso, he’s focused on a lot of different aspects of my game that I can show in the ring on Saturday.

“The level of the fighter that Alameda has fought is not too impressive. On Saturday he’s going to face someone who’s on a whole new level from anything he’s ever faced.”

“Everyone knows I’m the underdog, but after Saturday, everyone is going to know who Aaron Alameda is. I prepared hard like I always do, and you will see that from me in this fight.

“This fight was supposed to take place back in March, but I’ve been able to take the last six months to prepare even better and make sure I’m 100 percent the best version of myself.

“There’s so much on the line that I don’t think not having fans will have any effect. It’s pay-per-view and that means a lot of eyeballs will be on me. This fight means everything for me and my career.”

“I am coming off of losing the titles and that has made me hungrier than before. I am going again against a quality fighter like [Juan Carlos] Payano, and I don’t believe this is going the distance.

“I always make weight. I am still eating right now, and I think I will be eating before the weigh-in. I don’t struggle with the weight and I even think with a good diet I might be able to make 118 pounds.

“My style is to go in there and give the best of me and try to make my fight, the fight of the night. There are a lot of great fighters up here, but I’m trying to steal the show. We’re going to do whatever is possible to get this win.”

“I’ve faced better fighters than Roman and I’m not going to back down against anyone. I’m ready for him to bring it. I’ve been on this stage before. I train to win every fight no matter what.

“I was already in training camp before the shutdown and I haven’t stopped working since. It’s been a long training camp, but we’re here now and I’m prepared.

“I didn’t come to talk too much. People will see the results on Saturday. I’m ready to show everyone that my power will be there in this fight.”