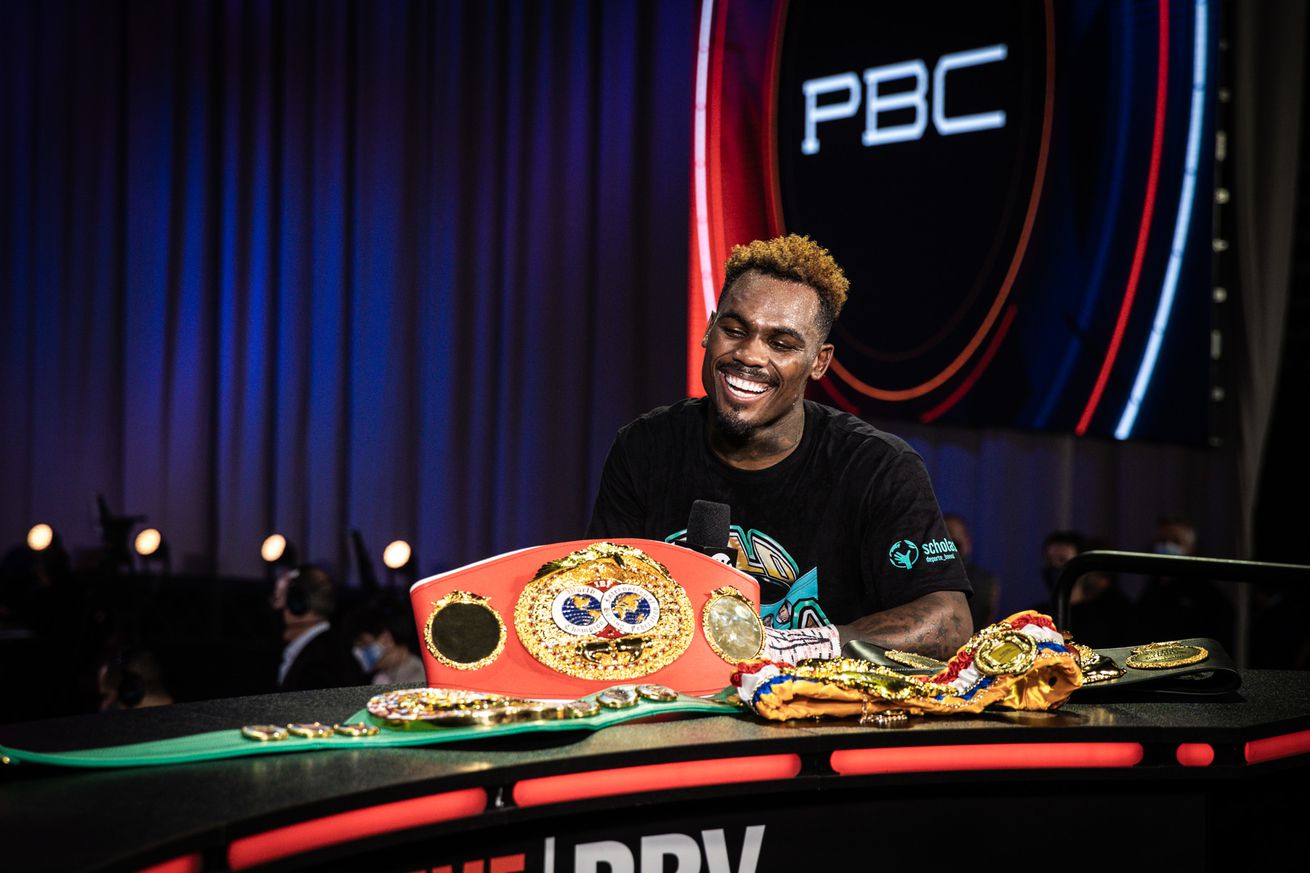 Charlo says his stoppage was unlike anything the world of boxing has ever seen.

During the post-fight press conference following his knockout win to unify titles with Jeison Rosario, Jermell Charlo gives his immediate reaction to the fight and the event as a whole. Check it out…

Charlo on how he felt about his performance:

“I did good. I utilized my game plan, I listened to my coach, I did everything he told me to do and the sky was the limit for me. I’m excited about what I’ve done, I know I got more work to do and more learning to do. Rosario was a tough opponent for anybody. He’ll get in there and dominate anybody so I’ll figure out what we do next but tonight was amazing.”

On if Rosario troubled him with his pressure style:

“It’s no trouble because that’s what boxing is, you just gotta stay composed. I got in there, I stayed composed, I listened to my coach. I didn’t let each knockdown dictate or make me get in there to make any mistakes. He was a live animal at any time.”

On if he thinks this is a new era of PPV, where he and his twin brother can continue to do joint cards:

“Man, I hope. I hope that this is something new for the world of boxing. I pray that everybody get a chance to get in there and fight because the pandemic is crazy right now, it’s stopping a lot of things…

On if he’s ever seen an opponent get stopped on a jab to the body like that before:

“Nah man. Actually, I got a low blow so many times I was like ‘let me just stick to what I was doing.’