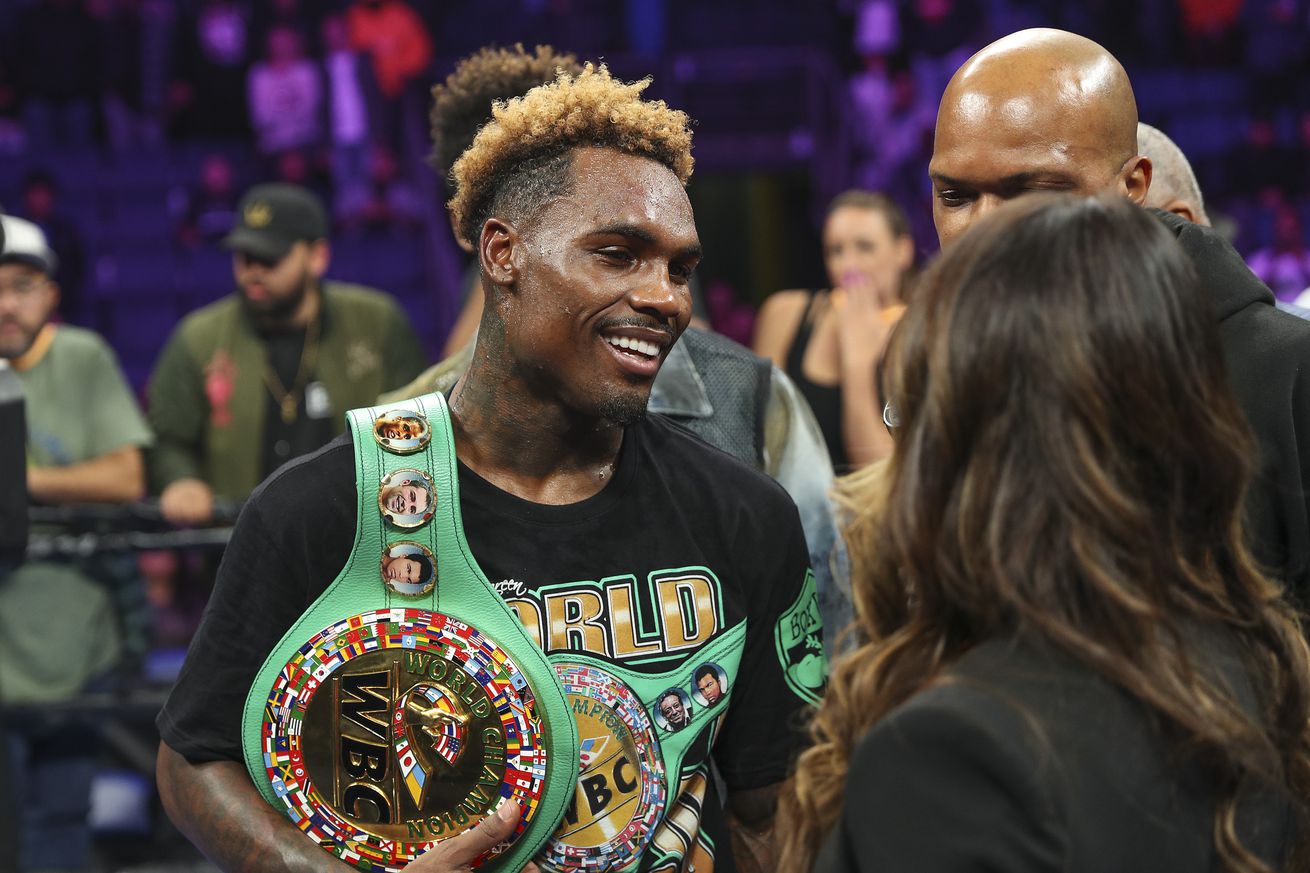 Jermell Charlo and Tony Harrison put on a more fan-friendly show this time around, with Charlo regaining the WBC 154-pound belt.

Jermell Charlo regained the WBC junior middleweight title tonight, stopping Tony Harrison in a highly competitive rematch that came just shy of one year to the day of their controversial first meeting.

A year ago, it was Harrison getting cards that many didn’t agree with, but tonight we were headed to cards for Charlo that many wouldn’t have agreed with. Bad Left Hook had it 95-94 and 96-93 for Harrison when the fight was stopped. Judges at the time of the stoppage had it 96-93 twice for Charlo, and 95-94 Harrison.

Charlo, though, made sure there was no debate, dropping Harrison twice in the 11th round and putting him away when the referee stopped the bout with Charlo throwing and Harrison stuck on the ropes.

The sequel was much more fan-friendly than the original, with Charlo (33-1, 17 KO) coming out very emotional, throwing big shots and loading up more often than he might have wanted, at least tactically speaking. But he dropped Harrison in the second round, forcing Tony to respect his power early. Harrison did recover well from that.

Harrison (28-3, 21 KO) seemed to have gotten into Charlo’s head a bit, but there was a difference in his approach here, too. He didn’t move quite as well as he did a year ago, which may well be owed to the ankle surgery that forced him to postpone this fight after it was originally scheduled for June.

Still, Harrison fought very well. His tactics wound up being based more around getting inside and doing good phone booth work on Charlo than anyone would have guessed coming in, and he had some real success. Both guys landed their shots, but Harrison largely did the cleaner work, though he did seem to fade a bit late, which has happened to him in previous losses, too.

“I got the belt back,” Charlo said. “It took me a while, but I didn’t leave it up to the judges. Tony’s a former champion, he came to fight. He had a lot on the line, he had pressure on him. I did what I had to do. I went in there, I dominated, and I knocked him out.”

Charlo was asked if the beef was squashed.

Harrison argued with referee Jack Reiss when the stoppage was made, but said after the fight that he wasn’t going to blame the official.

“Jack is a championship referee. I ain’t gonna question whatever he saw,” he said. “He was the better man, I started to get a little lax. I got caught. He earned it. I hate it, but he earned it.”

Harrison admitted that he didn’t quite feel himself after a year off.”

Harrison agrees that there’s still some bad blood here, and he wants a rubber match.