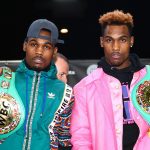 For every boxer who became a pay-per-view attraction – Mike Tyson, Oscar De La Hoya, Floyd Mayweather Jr., Manny Pacquiao and Canelo Alvarez, to name the most prominent – they all had at least one thing in common: At one time they had never been on pay-per-view and had to start somewhere.

Now that time is at hand for twins Jermall and Jermell Charlo. They will make their debuts as pay-per-view co-headliners on Saturday night (7 p.m. ET/4 p.m. PT, Showtime PPV, $74.95) at the Mohegan Sun resort in Uncasville, Connecticut, with Premier Boxing Champions and Showtime hoping they can develop into bankable attractions.

“We wouldn’t be launching them on pay-per-view if there wasn’t a long-term play in pay-per-view for them,” said Stephen Espinoza, the president and general manager of Showtime Sports. “If this was it in terms of pay-per-view level of opponents it’s not worth breaking them in. But this is fight No. 1 of hopefully a long series.”

Houston’s 30-year-old Charlo brothers certainly have the swagger and personalities that all pay-per-view stars need. They also love to talk and have already had ample exposure on various networks. Most important, they are both talented boxers with crowd-pleasing styles and plenty of quality potential opponents. Their six-fight pay-per-view event on Saturday is a doubleheader with Jermall (30-0, 22 KOs) defending his middleweight world title against top contender Sergiy Derevyanchenko (13-2, 10 KOs), who is coming off an action-packed but disputed decision loss to Gennadiy Golovkin for a vacant world title in October, in the main event of the first half of the event.

Although the card is deep, also boasting fights such as bantamweight titlist John Riel Casimero defending against Duke Micah and undefeated former bantamweight beltholder Luis Nery battling Aaron Alameda for a vacant junior featherweight belt, this is the unmistakably the Charlo show. Its success or failure is on them.

But one of their biggest champions is Espinoza, who has been involved with several of their fights and is a Charlo believer.

“You go down the checklist and they check all the boxes. It’s a cliché, but it’s true,” Espinoza said. “They have all the tools to be major stars. They’re obviously very skilled in the ring. They’ve got the power to impress the fans who like stoppages and memorable knockouts. They’ve got big personalities. They have style and passion.

“They certainly stand out as personalities individually and you’ve got the added novelty of being twins. They’re really hasn’t been anything missing Stephen Espinoza, the president of Showtime Sports, says Sept. 26 is the first of many PPV events topped by the Charlos, who he views as future stars.

except for those career-defining fights and you can only go so far without those epic rivalries. It’s not for the lack of trying. They’ve been strong and done well with the best that has been available to them.”

Both brothers are facing top opponents and Espinoza believes it could be a breakthrough night for them if they win in entertaining style.

“This seemed like the right opportunity,” Espinoza said of going the PPV route. “Each of them individually in the biggest and arguably toughest fight of their career made it a natural pairing for one pay-per-view event. I think success puts them on a whole different level.

The brothers welcomed the opportunity to break into pay-per-view.

“I don’t want to jump the gun and be like the numbers are going to be outrageous,” said Jermall, who will be making his third middleweight title defense after a run as a junior middleweight titlist. “I hope the world understands it’s the first pay-per-view for the Charlos. I hope you all love the matchups because they are good matchups. We are in tip-top shape at the top of our game. I’m enthused by our handlers and everyone on my team getting this together to make a pay-per-view event happen. My mentality is get past this one where the fans realize they like the Charlos and no matter what, whether they’re on pay-per-view or not, I’m watching.”

The brothers are following in the footsteps of other PBC fighters who are now regulars on pay-per-view: former heavyweight titlist Deontay Wilder and unified welterweight titleholder Errol Spence Jr. Gervonta Davis and Leo Santa Cruz will also make their debuts as a pay-per-view headliner when they square off for combined lightweight and junior lightweight world titles on Oct. 24.

“Timing is everything,” Jermall said. “It’s all about the division that you’re in and the fighters that you’re able to fight. Deontay Wilder is in the heavyweight division and Spence is in a great division and they’re able to push him into pay-per-views because of the people he’s able to fight. Gervonta Davis, another guy, they’re gonna push him for Showtime. We’re the new faces of boxing. It’s all about being great and seizing the moment.”

Jermell will be making the first defense of his second 154-pound title reign after regaining his belt from Tony Harrison by 11th-round knockout in their rematch in December.

He said being on pay-per-view has been a dream he and his brother have had since they were young fighters. “I went from ‘ShoBox’ to ‘Showtime Championship Boxing’ to pay-per-view. Man, this is God-given,” Jermell said. “I appreciate it and that the fans support us and build us up to the level we’re on right now. I can’t let this opportunity drop. I’m excited. I’m ready to fight. (Adviser) Al (Haymon) likes the business that we’re operating. He likes the brand that we’re building and PBC has the caliber of fights it takes to be on a pay-per-view level. I love being on the card with my brother. We started boxing together. We’ve been winning together. For us to both make it to this level is a big thing. It’s huge. I’m looking at it as this is just as big as winning a belt.”

But what about expectations? Everyone loves to play the numbers game, as in how many buys will the show do? Those involved have modest expectations. Nobody is expecting a million buys or even half that, especially with money tight for so many in the midst of the coronavirus pandemic not to mention significant competition from a UFC pay-per-view card, the NBA playoffs and college football.

“This one is more a roll of the dice than usual,” Espinoza said. “It certainly isn’t because of the quality of the event. It’s where we are in history and timing and the financial pressures that are on people nowadays, and we have a more crowded sports calendar than we’ve seen. We’re coming out of a period where people’s media consumption habits have changed significantly. All of those things will throw a monkey wrench into your projections.”

Looking at PPV totals for fighters who become major attractions, Espinoza said they generally debuted on PPV in the 300,000-buy range.

“If we got anywhere near that in this market, we’d be absolutely thrilled,” Espinoza said. “I give these guys all the credit in the world because the way this works financially is the fighters themselves have the biggest upside and downside. It would have been the easy decision for them to wait four or five months and then at least we’ll have some money from the gate. They decided not to do that. They said, ‘Look, let’s roll the dice. We know the pay-per-view is going to be the lion’s share of the revenue and we will eat what we kill, so to speak.’”

The brothers love to boast about their talent, but they have measured expectations of what the event will sell. They look at it simply as the start of a journey as pay-per-view fighters with the expectation that they will also mix in non-PPV fights. “I know that there are people who want to watch boxing, real fans out there, and I know they’re going to tune in, but I don’t know what the buys are,” Jermell said. “Me and my brother are trying to become household names and get to a bigger level in boxing. Fighting on pay-per-view, I hope everybody tunes in. We’ve been putting in a tremendous amount of work in the gym. I’m wishing that the numbers surprise everybody. I’m wishing that they’re big numbers because there’s so many haters out there that want to see small numbers.

“At the end of the day, you don’t have to buy the fight tickets, you don’t have to buy parking, you don’t have to come to the fight and eat and drink, but you could have a barbeque at your house and chill with your family and social distance and watch me fight. So, at the end of the day I’m expecting people to tune in. This is the beginning, the start of something major for me and my brother. We dogs, we animals and we will fight anybody. This is major. That’s why they’re putting us on pay-per-view, because they know we’re going to get in there and go for it.”

The post Charlos, Showtime roll the dice and look to the future with PPV doubleheader appeared first on The Ring.