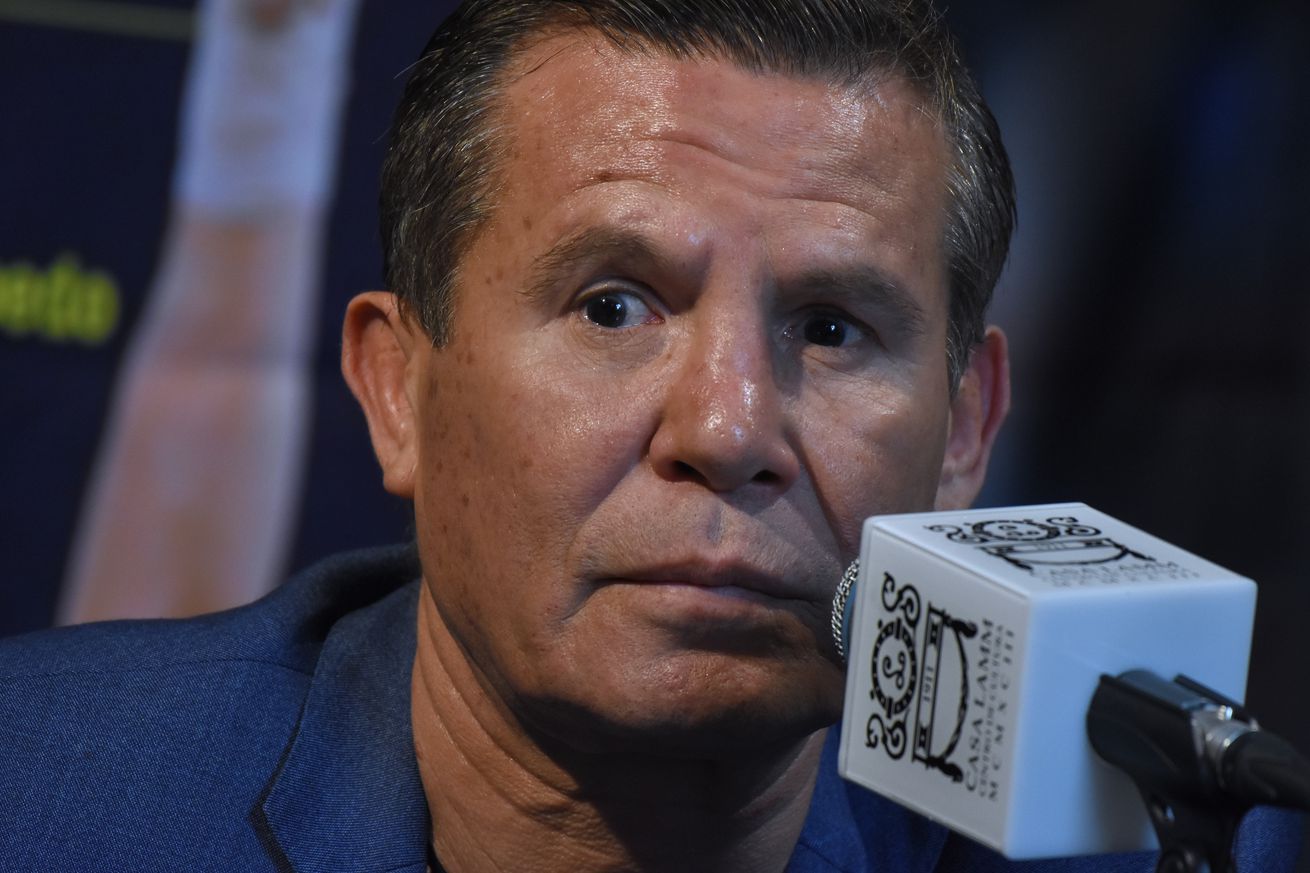 Chavez says he wants everyone to see the beating he’s got ready for De La Hoya.

Mexican boxing legend Julio Cesar Chavez tells ESPN Deportes that he would like a fight — an exhibition fight, specifically — against Oscar De La Hoya should he follow through on his supposed return to action.

De La Hoya previously announced that he was ready to take on top opposition for his return and Chavez Sr. wouldn’t exactly fit that description in 2020, but hell, it’s been a pretty strange year altogether, so why not have Chavez throw his hat in the ring too.

“It would be the last exhibition I would do,” the 58-year-old Chavez, who is scheduled to fight Jorge Arce on Sept. 25, told ESPN Deportes program Ahora o Nunca. “But I want to do it in front of fans, not without. I want everyone to see the [beating] I’m going to give him.”

The beating Chavez is due to give him is over 20 years late, however, as they obviously have fought twice before during late 90s when De La Hoya worked over Chavez to win by stoppage both times.