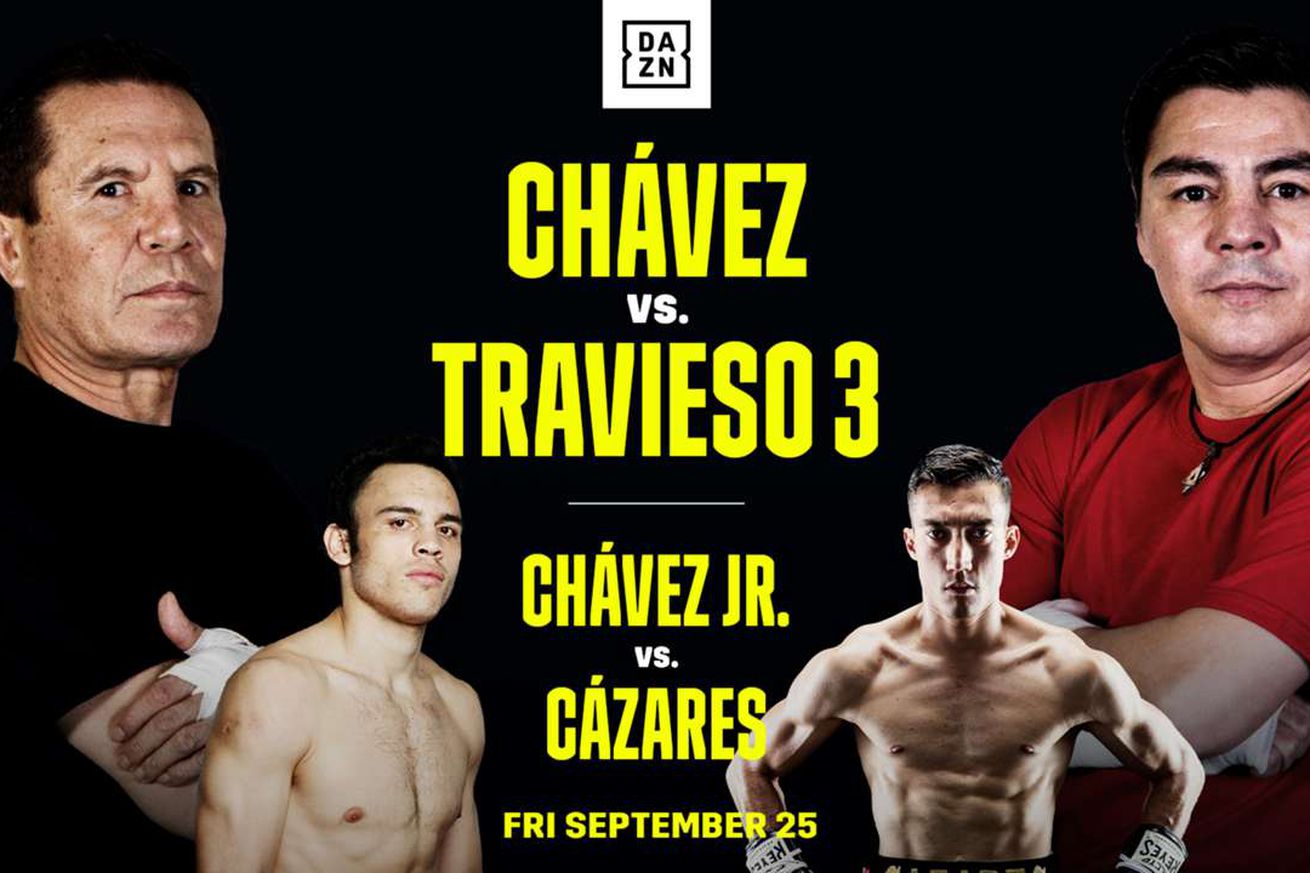 Julio Cesar Chavez Sr and Jr are in action tonight on DAZN.

Tonight at 10 pm ET streaming live on DAZN, we’ll see legends Julio Cesar Chavez and Jorge “Travieso” Arce square off in the third exhibition bout between the two, plus the return of Julio Cesar Chavez Jr in a light heavyweight fight.

We’ll have live results and discussion for the card, so join us this evening.

How to Watch the Chavez vs Travieso 3

The 34-year-old Chavez Jr (51-4-1, 33 KO) hasn’t enjoyed quite the same respect or adulation, though he’s had periods of big popularity. A former middleweight titlist, he’s seen his career swiftly decline since a 2012 loss to Sergio Martinez, and has lost his last three notable bouts, to Andrzej Fonfara in 2015, Canelo Alvarez in 2017, and Daniel Jacobs in 2019.

He’ll be facing 30-year-old Mario Cazares (11-0, 5 KO), who turned pro in 2015 and has fought at an extremely low level thus far, facing just one opponent who had a winning record, and that guy was 9-8-1 coming in last December, which was Cazares’ last bout. Chavez Jr did make weight for this fight, so that was nice of him.