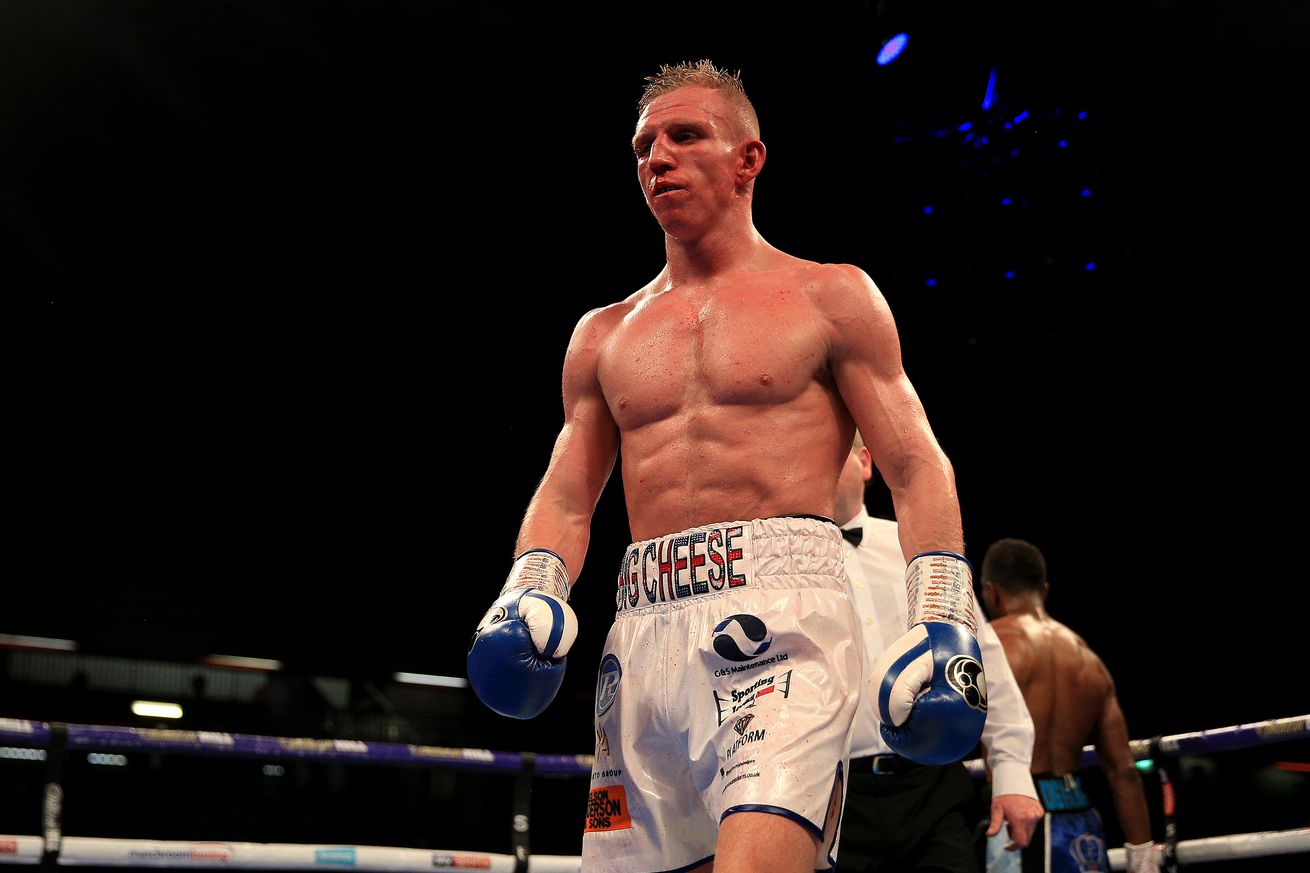 Cheeseman has his opponent for his British title defense.

Ted Cheeseman has his opponent for his June 21 defense of the British junior middleweight title, as the 23-year-old London fighter will face Kieron Conway at York Hall, live on DAZN and Sky Sports.

Cheeseman (15-1, 9 KO) is coming off of a rather humbling loss, as he challenged Sergio Garcia for the European title on Feb. 2 and came up well short on the cards. That fight came just over three months after Cheeseman outpointed Asinia Byfield to win the vacant British belt.

Conway (12-1, 3 KO) is also 23 years old, but far, far less proven than Cheeseman, even at the domestic level. Among all British 154-pound fighters, BoxRec’s system have Cheeseman ranked fifth, behind Kell Brook, Liam Smith, Jason Welborn, and Frankie Gavin. Conway, for what it’s worth, is ranked No. 17 in the UK at 160, as he’s never actually made 154 for a fight. He’s floated closer to 154 than 160 a few times, but that’s it.

“I sparred Conway once a couple of years ago,” said Cheeseman. “He isn’t bad, he’s a good fighter and he’s busy, but he’s very inexperienced. I think he’s only lost one out of thirteen but the maximum he’s done is an eight rounder. Everyone knows that I can do 12 rounds at a very high pace. Even though I got beat and I never looked my best in my last fight, I still stuck it out for the full 12 rounds at a high pace — from the first bell to the last.”

“I’m massively looking forward to this and I cannot wait,” said Conway. “The British title is the pinnacle of domestic boxing and every British fighter dreams of these opportunities. I’m a beast at (154) and it’s important for me to keep my momentum going.”

The card will be headlined by Conor Benn’s fight against Jussi Koivula, and also features Craig Richards vs Andre Sterling in an interesting 175-pound clash at British level.