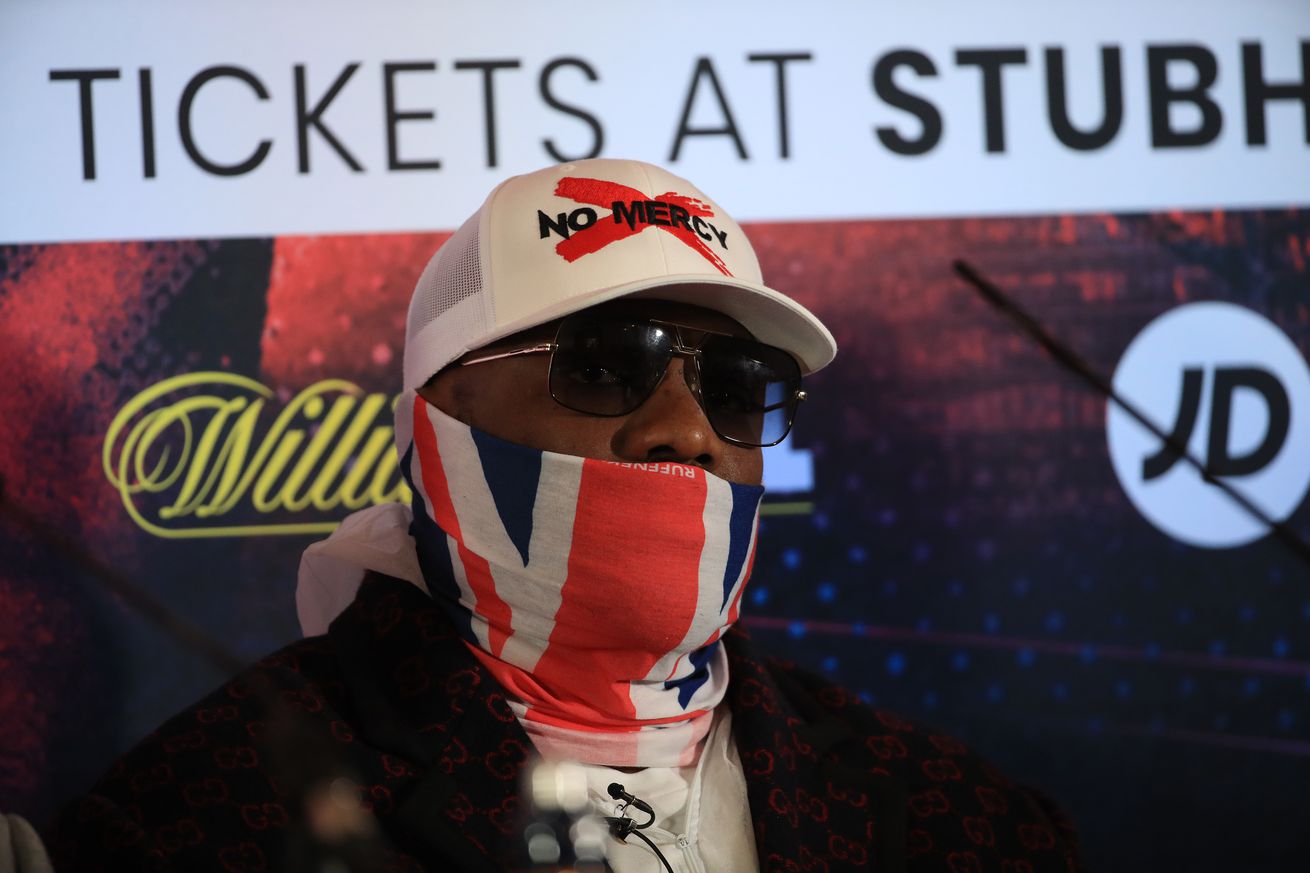 “I’ve already said to Povetkin that, if he needs me, I’ll come and help him. I’ll fly to Russia,” Chisora told The Boxing Show on Sky Sports.

“He said that he’d get me a private jet to come. Povetkin is my boy.”

“The Russian has already spoken to me and said: ‘When it’s time I’ll send a plane to pick you up and you can help me train’.”

Russia, hit hard by the coronavirus, recently cleared “foreign athletes competing in its domestic sports leagues” to enter the country, meaning Chisora (32-9, 23 KO) and Povetkin (35-2-1, 24 KO) could feasibly make this happen. “Del Boy” has more pro experience against Whyte than anyone, fighting him to a narrow majority decision in 2016 and brawling it out for 11 more rounds in 2018 before succumbing to a gnarly KO.

Whyte hit back: “It’s Derek being Derek. He’s good at talking his way into an ass-whooping. The first time he said it was close. The second time I cleaned his clock. The knockout I gave him was one of the worst you will see in boxing.

“I ain’t got no beef with Derek. I’m cool with the guy but clearly he has a vendetta.

“Derek is a stepping stone and I’ve stepped over him twice already. If he wants to be brutally knocked out again I’ll take some easy money! If he beats Oleksandr Usyk and there’s a belt on the line, I’d gladly take the belt off of him.”

Like Povetkin-Whyte, Chisora’s planned match with Oleksandr Usyk remains up in the air. I’m not sure how useful a sparring partner Povetkin would be for Chisora, seeing as Usyk’s a fleet-footed southpaw instead of an orthodox boxer-puncher, but perhaps he considers screwing over Whyte worth the sacrifice.