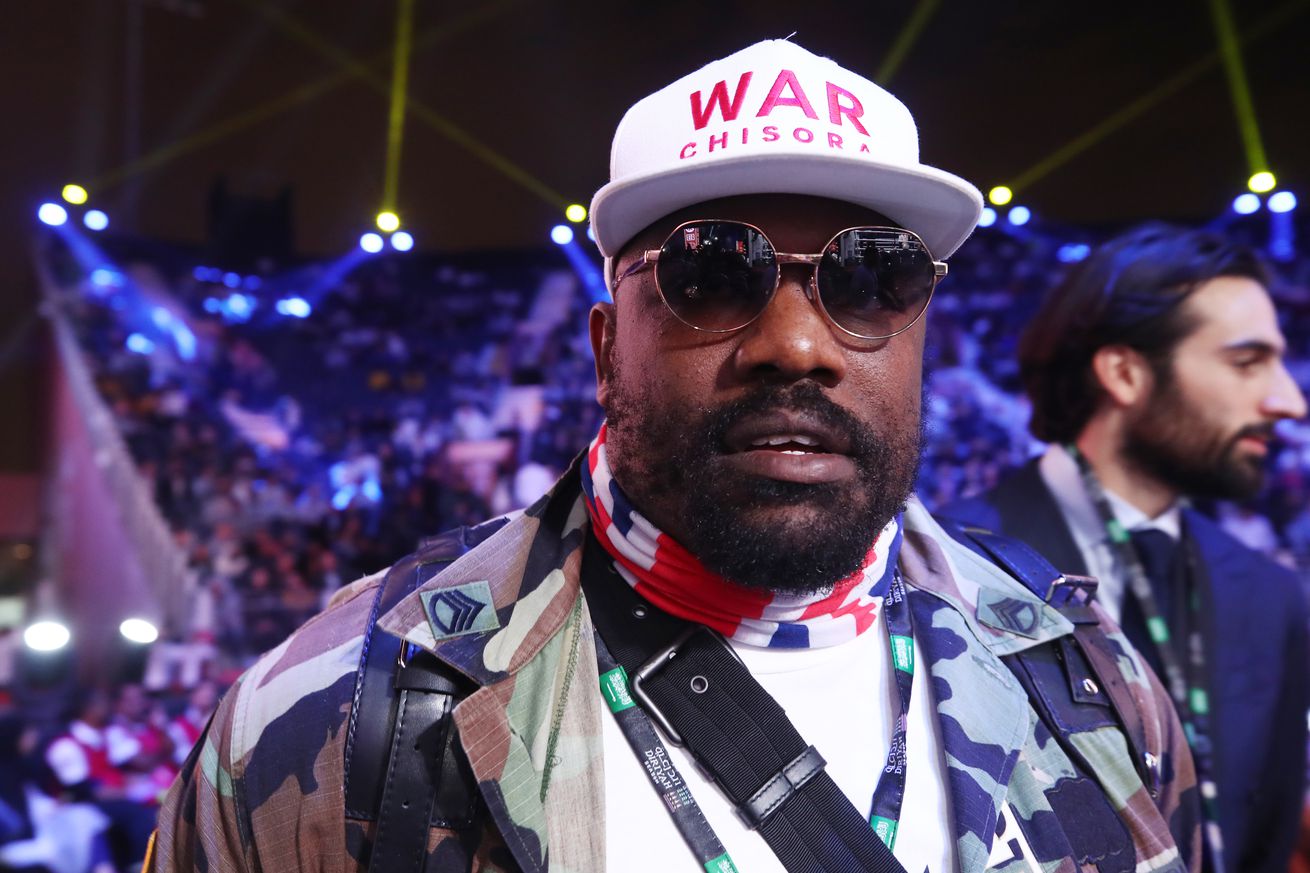 The outspoken heavyweight isn’t taking Oleksandr Usyk lightly, and he’s not going to disrespect him, either.

Dereck Chisora has over the years built up a reputation for being outspoken, controversial, even rather crude at times. His nasty spats with the Klitschko brothers and David Haye are almost legendary for the amount of disrespect he showed his opponents, but Chisora says he’s got none of that planned for his May 23 fight with Oleksandr Usyk.

“We can’t sell this fight by insulting the guy. It’s a fight for boxing fans. If I say ‘fuck you’ to him he’s going to think I said, ‘good morning’. He doesn’t understand any English. He’s a good guy. There’s nothing wrong about this guy.”

“He’s a funny guy, he loves life, he likes everything. He’s a boy’s boy. He’s cool. I can’t really say anything bad about this man. He’s done so much in four years. He’s done great for himself. He’s amazing, I’m a big fan of his.”

Chisora, 36, also expects the 33-year-old Usyk to be the toughest test of his career to date, a big statement when you remember that the battle-tested Chisora has fought Vitali Klistchko, Tyson Fury (twice), Dillian Whyte (twice), David Haye, and Kubrat Pulev.

“It’s going to be hard, I’m not going to lie to you. I think this fight will be the hardest fight I’ve ever had. Not because the guy hasn’t got power, but because of the accuracy of his punches and the way he chucks them. When he chucks them he’s unbelievable.

“I’m going to have to eat leather, I’m not going to lie to you. I’m going to eat leather. I’m probably going to take five before I get one in there, but it is what it is. I eat that shit for breakfast. The hunger remains and the dedication is the same.”