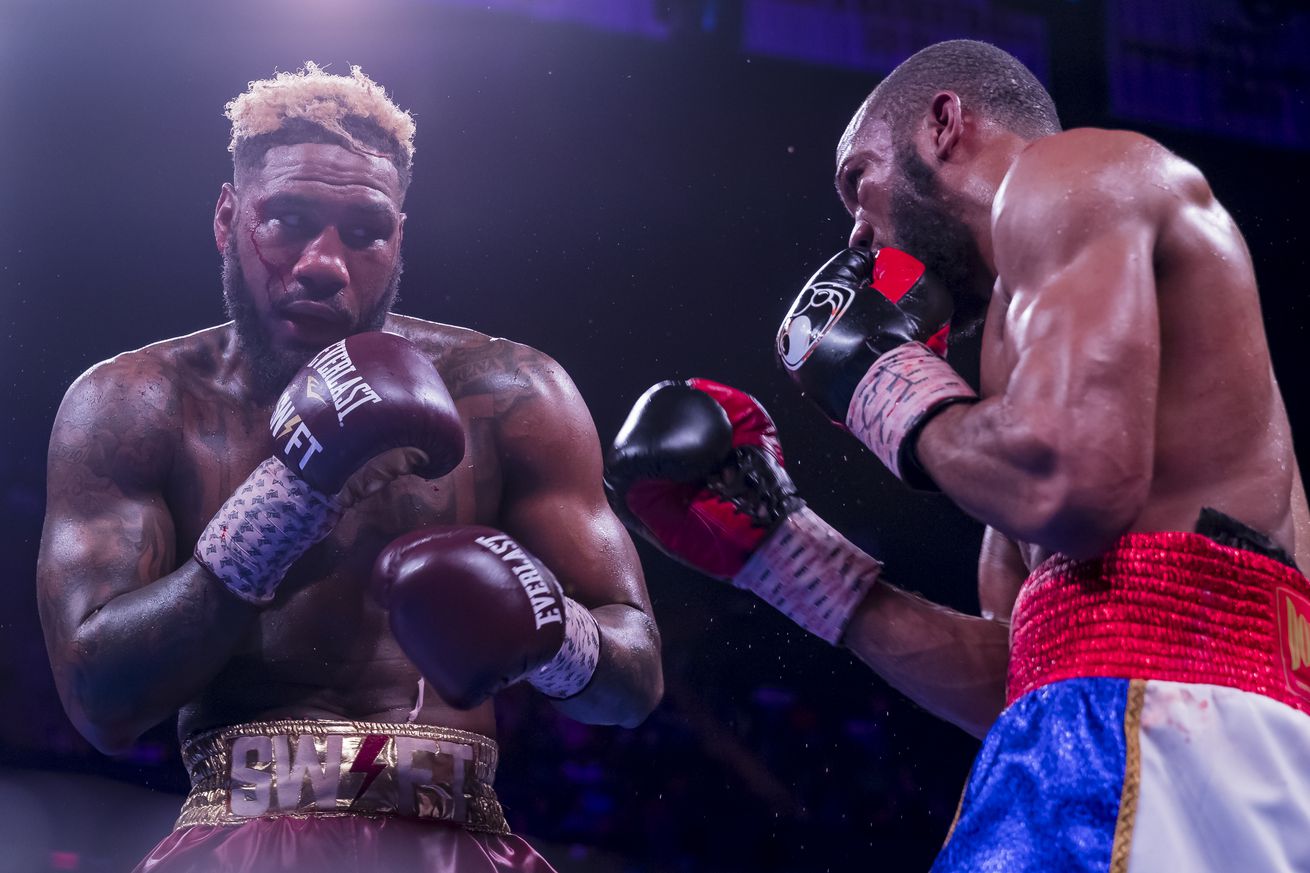 Jarrett Hurd wants to run it back with Julian Williams after Saturday’s upset loss.

That one was the one we wanted, the one we needed, and so bless Julian Williams and Jarrett Hurd for coming through for us.

We the fans had been seeing too many hyped bouts fizzle rather than pop; so getting bang for the buck, on free TV — well, the timing was right for a Fight of the Year candidate like the one “J-Rock” and “Swift” gave us on FOX Saturday evening.

Williams wrecked the home town party for Hurd, who was making noise about wanting to get listed on pound-for-pound lists. He’ll have to get in again with Williams — who came in as a heavier underdog than his skill set called for, in retrospect — to get back to that place.

All that aside, both men drew heavy praise from pundits and on social media for their fire in the ring and the class and dignity they showed after. All in all, that was a big-time win for the sport.

Hurd especially has to get extra credit, for being so classy in defeat.

“He is a lot sharper than I expected. I knew he had great inside game. It was a little better than I expected. He landed some great shots inside. I thought the close fight was going to benefit me, but it went to both sides,” he said after.

“I was surprised when I went down because the punch really wasn’t on my face or chin, it was on the side of the head and I fell over. I wasn’t dizzy, but it did surprise me.

“I definitely want the rematch. They can stitch me up right now and I could go out there and do it.”

“The pressure didn’t get to me. I just feel like ‘J-Rock’ truly was the better man tonight. I kind of think hearing my hometown with my name being chanted, it caused me to try a little harder instead of just staying relaxed and take my time. That could have played a part, but no excuses.

“I felt like they had a game plan that worked better tonight. We also had a game plan and it was to keep the pressure on him, but he came in shape and he came out the victor. I definitely want the rematch. They can stitch me up right now and I could go out there and do it.”

Yes, there is no fight fan who wouldn’t want this one to get run back.

Going in, many thought that Williams maybe didn’t seem confident, and then when he was a bit overweight, well, who wasn’t calling for a Hurd W?

“I wasn’t able to get off. I can’t really call it right now. I have to go back and watch. I was loading up on my shots instead of just letting my hands go,” said Hurd.

“‘J-Rock’ was just the better man tonight and I was never really able to get off the way I wanted to,” he shared. “There’s definitely a rematch clause in our contract and I’m going to go for it. I’m going to come back better than I was tonight.”

Readers, your thoughts? Would a rematch play out differently? Or do you see a repeat performance?