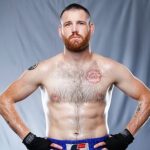 Clay Collard began 2020 as a “nowhere man,” a vagabond, labeled a B-side fighter that was expected to give rising prospects a battle, before eventually losing. As 2020 winds down, Collard, once signed by the UFC, has found himself as the “somewhere man,” after vanquishing three undefeated prospects— Quashawn Toler (9-0, 7 KOs), Raymond Guajardo (5-0, 4 KOs) and David Kaminsky (6-0, 3 KOs)—on his way to winning five fights this year.

The COVID-19 pandemic has made the world a strange place. In boxing, it’s about to get a little more astonishing.

Who, before 2020, thought Clay Collard, 27, would be mentioned in the same sentence as Tyson Fury, Vasiliy Lomachenko and Teofimo Lopez as a possible 2020 Fighter of the Year candidate, decided by The Ring, as well as the Boxing Writers Association of America?

But that’s where Collard could be, if he pulls off another victory, when he faces Quincy LaVallais (9-0-1, 5 knockouts) on the ESPN+ undercard version of the Lomachenko-Lopez lightweight megafight this Saturday night from the MGM Grand in Las Vegas, Nevada.

The fight is a rematch of a split-decision draw that occurred in June 2019. Since then, “Cassius” has gone 8-1, with five victories coming within the distance.

Now, no one is saying Collard will be the 2020 Fighter of the Year, which appears to be Fury as the frontrunner, based on his dominating victory over Deontay Wilder in February.

But, Collard (9-2-3, 4 KOs) has an argument. His rise to this prominent plateau has not been an easy one.

“I’m really excited about the possibility (of being the 2020 FOY),” said Collard, who will be fighting for the sixth time this year. “What other fighter who’s fought three undefeated prospects—and won? I’m 6-0 in 2020. I have two kayo victories. I think my record speaks for itself. I don’t believe anyone else has done that this year.

“Now, I have this fight coming up, and if I win, it will make me 7-0. I don’t see why I wouldn’t be a consideration for Fighter of the Year. I know I’m not as known or as popular as those fighters, but there’s an old saying that goes it’s not bragging if you’ve done it. And I’ve done it. I’ve put in the work and the time. I’ve beaten undefeated guys who were supposed to beat me. I think I’m right there with what the best have done this year. That’s my argument.”

Collard, who is living in Burley, Idaho, does not have a street named after him yet. But he is building a good foundation in that community. He says he is a different fighter than the one who fought LaVallais in 2019. Collard’s cardio has improved under trainer Ryan Ault.

He also stresses that he’s not let the success and the attention he’s received in 2020 change him.

“I keep my feet on the ground by keeping my circle small, and close, and filled with people that I know,” Collard said. “I wake up every day trying to make a better tomorrow. When I signed with the UFC, I’ll admit, I let the bright lights get to me a little bit. This time around, I’m better prepared and I know how to deal with the attention.”

“I have changed one thing,” Collard admitted. “I’m an ‘0 collector’ now. I’m collecting people’s 0s. I fought this guy the first time down in New Orleans, near his hometown. I had a chance to collect his 0 and I didn’t. He’s giving me another shot at taking that 0. I’m building another nice collection of 0s. He’ll be the fourth undefeated fighter I face this year—and I’m going to and collect his 0.

“I think I’ve grown in leaps and bounds in a year since I fought (LaVallais). I’m bigger, I’m stronger, I’m much more confident. I believe I won that first fight. He’s a tough kid, but that won’t matter. I’ve fought tough guys, and I’ve watched him fight. He hasn’t fought the caliber of opponents as I have. He hasn’t fought half the level of competition that I have.

“I’m just happy to be in the mix with great fighters like Tyson Fury and guys like that. I’ve been fighting all my life and I appreciate the love that I’m getting. I’m now the ‘0 collector.’”

Of Collard’s nine victories, five have come against undefeated fighters.

“I’m going to take another 0 for sure on October 17,” Collard said.

The post Clay Collard finds himself in an unusual spot-a 2020 Fighter of the Year Candidate appeared first on The Ring.