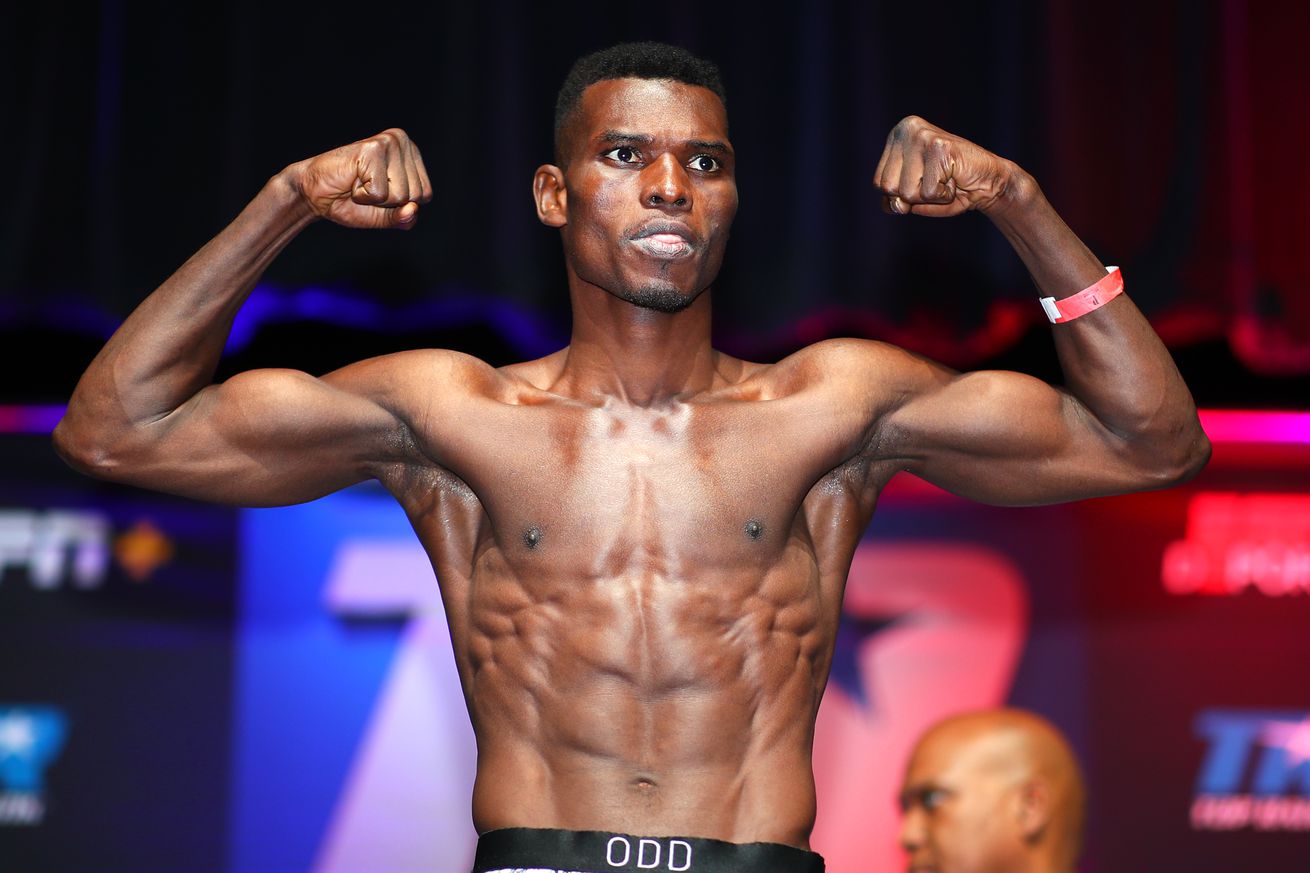 The IBF lightweight title wasn’t on the line, but Richard Commey scored a strong win.

Richard Commey started fast, Ray Beltran managed to hang in, and in the end, Commey’s power was too much for the weight-drained and aging Beltran.

Commey improved to 29-2 (26 KO) with an eighth round stoppage of Beltran (36-9-1, 22 KO), having already dropped Beltran twice in the opening round and again in the fifth.

Beltran, who missed weight on Friday, gamely scrapped and hung around in the fight, with Bad Left Hook having Commey up 67-63 on two separate cards going into the eighth round, meaning that Beltran had won — on our cards, at least — three of the first seven rounds, and that the knockdowns were making the significant difference.

But when Commey caught Beltran with a left hook early in the eighth, it was over. Beltran got up and was ready to continue, but referee Eddie Hernandez Sr called a halt to the fight, which was fair enough.

As for the 38-year-old Beltran, he’d already moved up to 140 for his last fight, but took the chance at another world title shot for this one. It didn’t work out, on the scales or in the ring, but there’s still some fight left in the old warrior, too, and I wouldn’t be surprised if he still has a few good nights left in him at 140.

Adames (18-0, 14 KO) really went for the finish in this one, wobbling Day late in the ninth and then battering him pretty good in the 10th, but Day (17-3-1, 6 KO) stayed up. Adames landed shots in the 10th I’ve certainly seen put other fighters down.

One thought on “Commey stops Beltran in eight, Adames victorious”