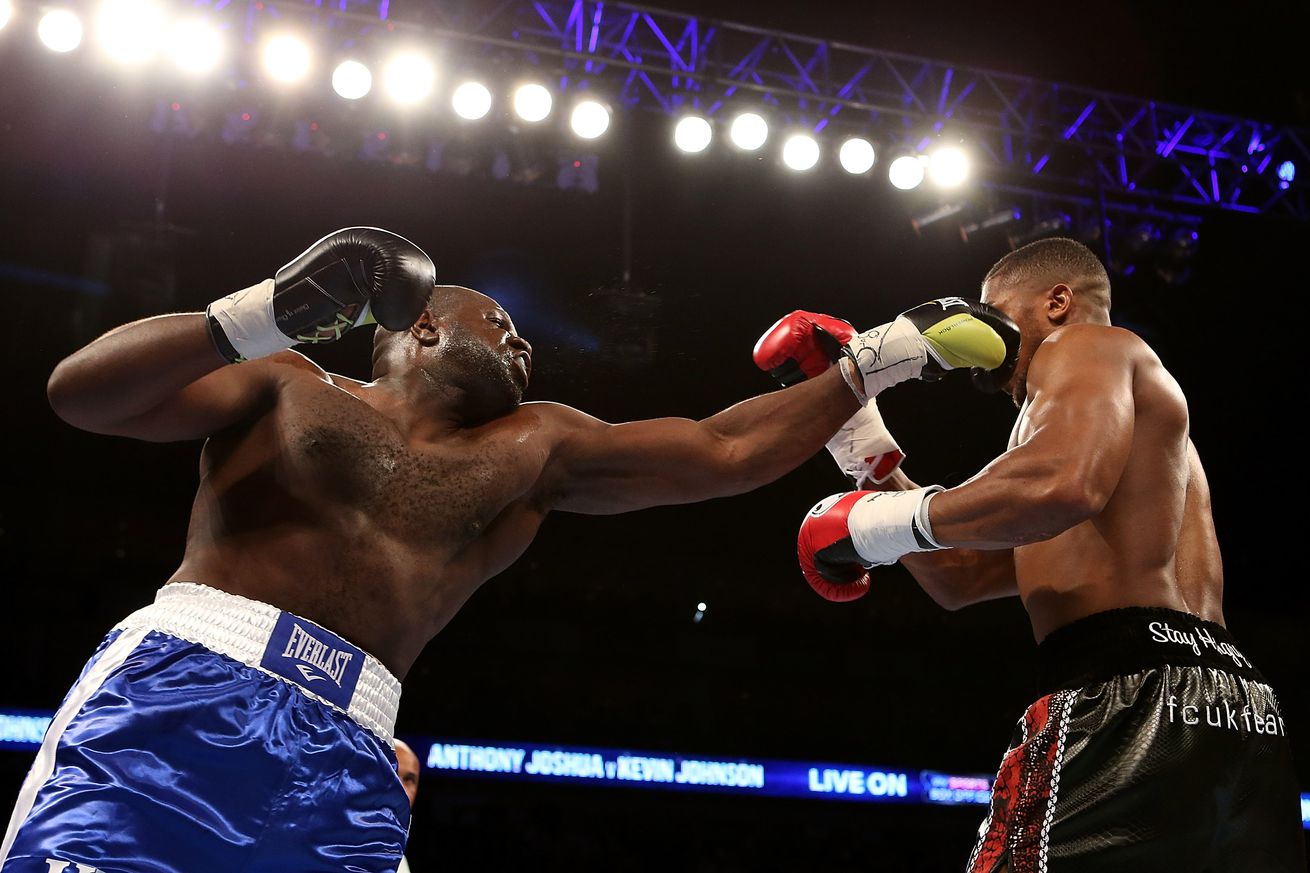 He is most well-equipped to assess the Anthony Joshua vs Andy Ruiz Jr fight, being that he has been in the ring with both of them. But no, he said, I’m sorry, I really can’t help you.

Kevin “Kingpin” Johnson readily explained that he very much likes both men, is friends with them, and therefore, he’s not going to get deep into an assessment of who will win on Saturday, and why.

Johnson, age 39, grew up in Asbury Park, New Jersey, spent a long spell in Georgia, and is now working on getting a boxing promotional outfit off the ground in Germany.

He chatted with Bad Left Hook about Joshua vs Ruiz — good timing, in that he just came off a month with Ruiz at Ruiz’s camp in Cali, giving him work.

KJ was in Wembley when AJ downed Wladinir Klitschko, and he expects some similar fireworks at Madison Square Garden in Manhattan, in the world’s most famous arena, in AJ’s first getting-to-know-America outing.

Johnson told me him and Ruiz have been tight since the Cali boxer scored a UD-10 W over “Kingpin” in July 2018. When Ruiz was ascending, Johnson heard that people were saying he had blazing fast hands, and he wanted to compare and contrast that for himself. He thinks most highly of Ruiz and has been happy to work with him.

“Can’t nobody tell you the right or wrong way to do things better than the person who fought you,” said the 34-13-1 heavyweight, who last gloved up on March 23, losing via UD-10 to Nathan Gorman.

So Kevin is tight with AJ, whom he lost to via TKO-2 in 2015, as well. He says he is a very cool guy, and he’s been in his camps, and says that him and Dillian Whyte and Malik Scott are all cool cats.

Regarding Joshua vs Ruiz, which screens on DAZN: “I’m neutral,” the promoter on the rise explains.

“I know who’s gonna win, and it’s gonna be a great fight,” he offers. “Anyone counting Ruiz out is betting wrong! It’s not gonna be an easy walk in the park. Now, AJ is top of the food chain. But Ruiz, don’t let that weight fool you! He has fast hands.”

As for himself, Johnson continues to try and tell the youth that they can rise above. He relays the story of how back in the early 2000s he was coming off a loss in the amateurs and was down-trodden. He went back to street commerce, and one day was on a corner and big car pulled up.

This was in Jersey, after the 2002 Nationals. Up pulled a Ford Expedition, a very big dude was in there. Guy asked what KJ was doing. Doing my thing, he said.

“Can you fight?” the XXL dude asked. Damn right I can, he said. Then get in, he was told.

First, he dumped off some stash, then got in. The big dude was “Chocolate Thunder” aka Darryl Dawkins, who drove him to meet Larry Holmes, and Holmes had him fight with his brother Mark. Yep, all agreed Kevin could fight. And so he stuck it out in boxing.

“I tell that story to the kids, let them know they can come back from anything,” Johnson told me.

He’s quite high on a German cruiserweight, 43-year-old Christian Hiller, who owns a 12-1 mark, and wants to do a show over in his neck of the woods in Gelsenkirchen, Germany, in August. Maybe an IBO or IBF crown could be up for grabs, Johnson shared.

“Right now it’s about meeting the right people, and I want to do shows in Germany and in Georgia,” he continued.

That’s the “Kingpin” update. Yeah, he’s not going to go too deep into the Joshua vs Ruiz scrap, but I will believe and hope that his instinct plays out, that we will enjoy a good tango.