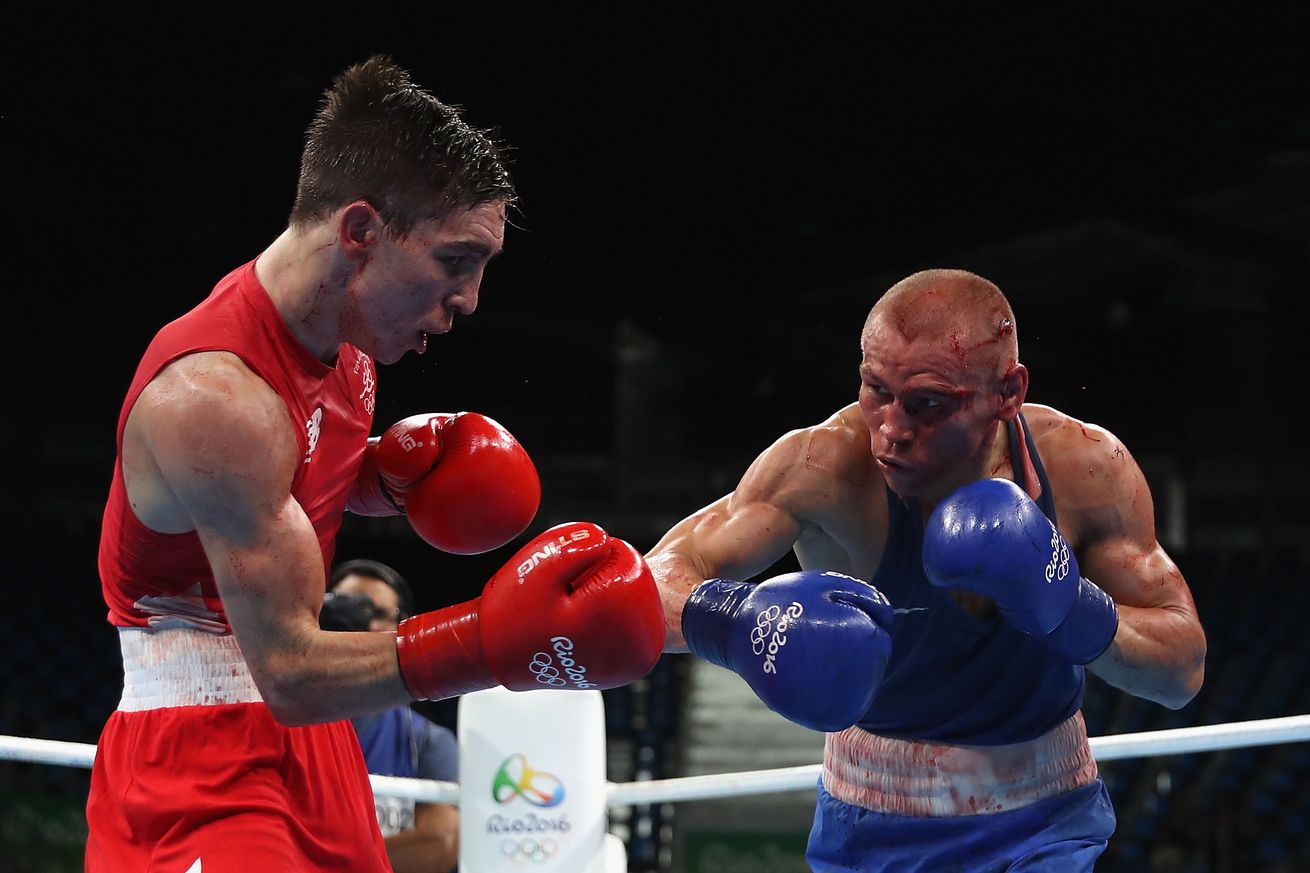 The two met at the Rio Olympics and it ended in extremely controversial fashion.

Michael Conlan is going home to Belfast on Aug. 3, which we already knew, but now we have word that it will be for a highly-desired fight with Vladimir Nikitin, the Russian who controversially upset Conlan at the 2016 Olympics in Rio de Janeiro.

Conlan (11-0, 6 KO) was beaten on points at the Olympics by Nikitin, which basically nobody saw except for the judges scoring the fight. Conlan then went on a profanity-laced tirade on live television, after having famously given the officials the bird from inside the ring:

It was hard to blame Conlan for any of his post-fight antics, though, because he’d been flat-out robbed against Nikitin, his dreams of Olympic glory stolen from him.

That result also led to Shakur Stevenson getting a silver medal, as Nikitin was forced to withdraw from a semifinal matchup, having taken big damage against Conlan and in his second round matchup against Thailand’s Chatchai Butdee (another gift decision win for Nikitin, in my view). As a result, we didn’t get what could’ve been an excellent semifinal round fight between top-seeded Conlan and Stevenson, and Stevenson received a walkover into the final, where he lost to Cuban Robeisy Ramirez.

There has been talk of doing this fight ever since Nikitin came into the pro ranks in the summer of 2018, and doing it now may seem a bit of a rush for some, but — and I’ve said this before — if you’re gonna do it, it has to be now.

Why? Because Nikitin, who is 3-0 (0 KO) so far as a pro, just isn’t that good. If you wait, he’s gonna lose to someone and take the money out of the Conlan rematch. He almost lost in March on the Conlan-Hernandez undercard. If you’re going to sell the public on Conlan-Nikitin, it has to be while Nikitin still has an “0,” and if you try to marinate, he’ll lose that “0” to some nobody somewhere on some prelim stream.

Nikitin is also 29, and while a fun fighter to watch — he was fun to watch in Rio, too, he just didn’t deserve two of his wins — his ceiling is really low. His ceiling, in fact, may be “rematching Michael Conlan.”

As for the 27-year-old Conlan, this isn’t any kind of step forward, this isn’t about pro progression, this is a personal grudge that he wants to settle, and it’ll make money in Belfast. Easy to understand why you do it.

Conlan-Nikitin will air on ESPN+ in the United States.