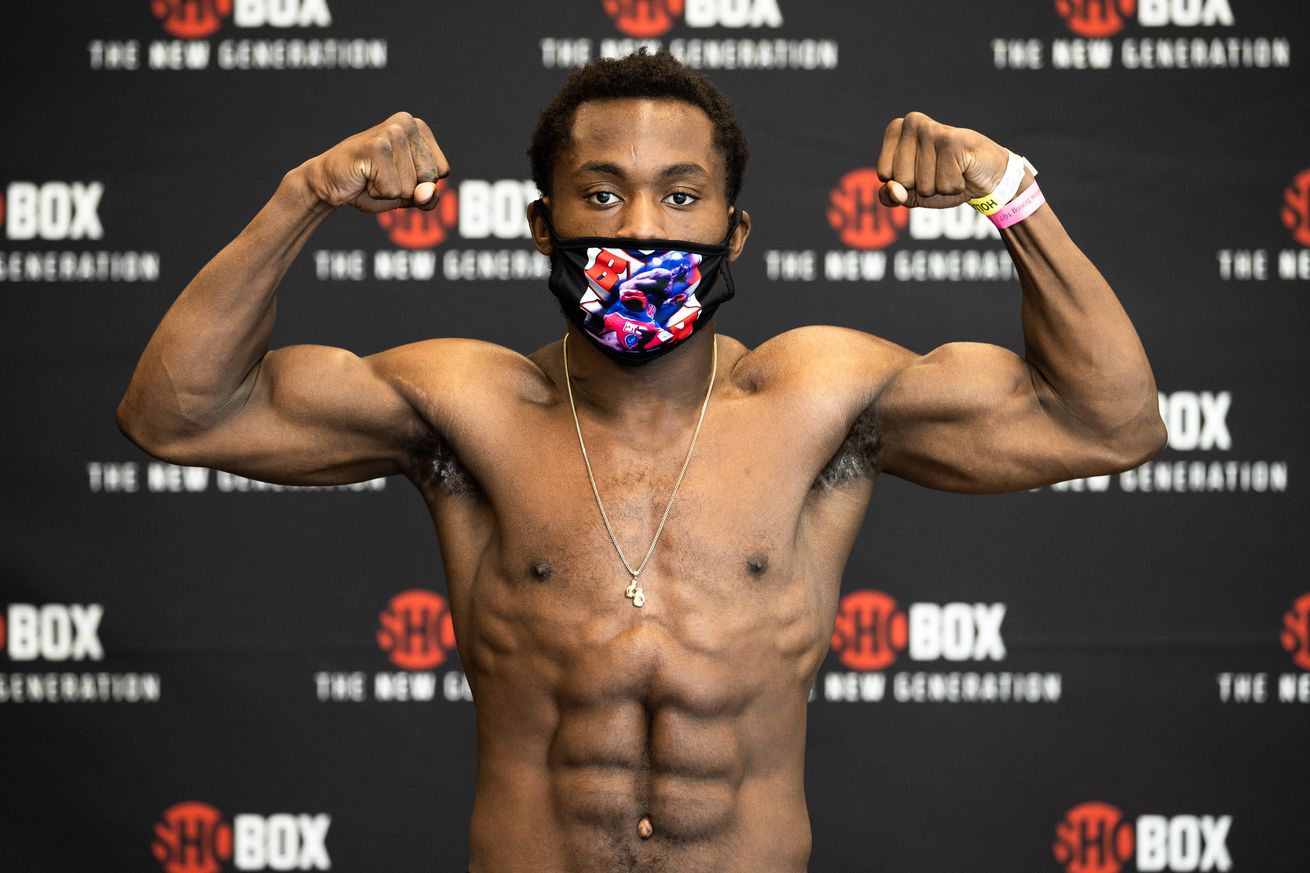 The 154-pound prospect is ready to go for Wednesday night’s main event.

He’d heard about how it changed you, but like many folks who heard that, Charles Conwell needed to experience it for himself to really get it.

The 154-pound prospect, who gloves up on the returning ShoBox main event Wednesday night against Wendy Touissant, really understood what the fuss was about when baby Camryn made the scene on June 3.

“I had mixed emotions,” said Conwell, who holds a 12-0 (9 KO) record. “And did it change my view on my boxing? This is my first born, so I didn’t really believe it all until I saw her. And then I said, ‘Wow, I really have a baby.’ Now, the boxing is for her too, I want to be great, I want to be an example for her.”

It has been an impactful span of time, shall we say, for the 22-year-old Conwell, an Ohio native. On Oct. 12, 2019, he showed solid skills, hand speed, aggression, and power in a Chicago ring, facing veteran foe Patrick Day. Power shots accumulated on Day, who kept rumbling, pressing forward, looking to turn the ship around. Conwell, though, came in as the favorite, and he imposed his will upon Day.

In round 10, down went Day. The 27-year-old athlete — who stood out for the quality of his smile, character, and upbeat personality — lost consciousness on the way down, and didn’t come to. Day was taken to the hospital, but the damage done proved too overwhelming. Four days after the fight, Patrick Day passed away, and that event tested Conwell in a way no boxer ever wants to be challenged.

“Emotionally, at times after that, I was in a real, real bad place,” Conwell told BLH. “There was a lot of stuff going on in my head. I dealt with it by talking to God, talking to family, being around positive people who wanted me to get better and keep fighting.

Sometimes, it helped immensely just having a regular conversation, he said. Nothing profound, no deep messages to move him spiritually and banish the darkness. “To get your mind off of it, sometimes you just want a hug, and you’ll both be quiet.”

First the passing of Patrick, now the presence of another mouth to feed. Change has been the prevailing constant in the last year.

“Having a baby is a blessing, but it comes with a lot of responsibility,” said Conwell, who shares parenting duties with his missus, Shaquona. He knows he has to keep winning to get to that next level of purses and provide for the little one, because who knows what a year of college might cost in 2028?

He expects a win, to be honest, on Wednesday, though he concedes opponent Touissant is solid. He says he’s not gun-shy, that won’t be hesitant to pull the trigger and impose that will on the New York boxer, also 12-0 (5 KO), at Mohegan Sun in Connecticut.

“I just want to be the best Charles I can be,” he told me.

Toussaint is tall, presents a lengthy target, is a good athlete, and Conwell expects that as an undefeated fighter, he will be hungry, because he’s not tasted the bitterness of defeat, which might serve to undermine his resolve.

“I sparred with [Sergiy] Derevyanchenko in camp and that was a great experience,” said Touissant, when asked how his prep went. “He throws a lot of punches and sparring with him was different than anything I’ve experienced. It was very difficult, but I gave him a lot of work, a lot of pressure, and I think it will really help me a lot in this fight and going forward in my career.

And does Touissant see himself as the underdog here? “Conwell is a great fighter, but I’m a very strong fighter as well, so I’m not going to be frustrated by anything he does. I’m going to stay relaxed, box, and let everything come together because like I said, this is not my first time getting in the ring. Boxing is about staying relaxed no matter what your opponent brings. You have to be ready for anything. Conwell is a great fighter, all respect to him, but I’m coming to fight.”

Back to Conwell — let me be straightforward about this. I root for Conwell to do well going forward, because the Day matter was no fault of his. He’s been a role model, too, in how he’s carried himself following that dark night. I asked Conwell, who I appreciate was quite patient and tolerant, about the deep thoughts present following Patrick’s passing.

“Do I fight for Patrick? One hundred percent. He’s always looking down on me, I feel. This was the sport he loved, and I feel like his energy is always with me. I admit, though, now and again, I do try and push away the memory of the tragedy, in order to best stay focused.”

He promises he feels sharp, and benefited from getting work in on a Feb. 8 Indiana card.

“I will just do my job, win, and seek to dominate. There will be no rust problem, I got good sparring, with (half brother Isaiah Steen), Jaron Ennis, Ievgen Khytrov. They gave me different looks. My prediction is this: you’ll see me get a dominant win!”

ShoBox kicks off at 9 PM ET on Wednesday, Nov. 7, on Showtime.