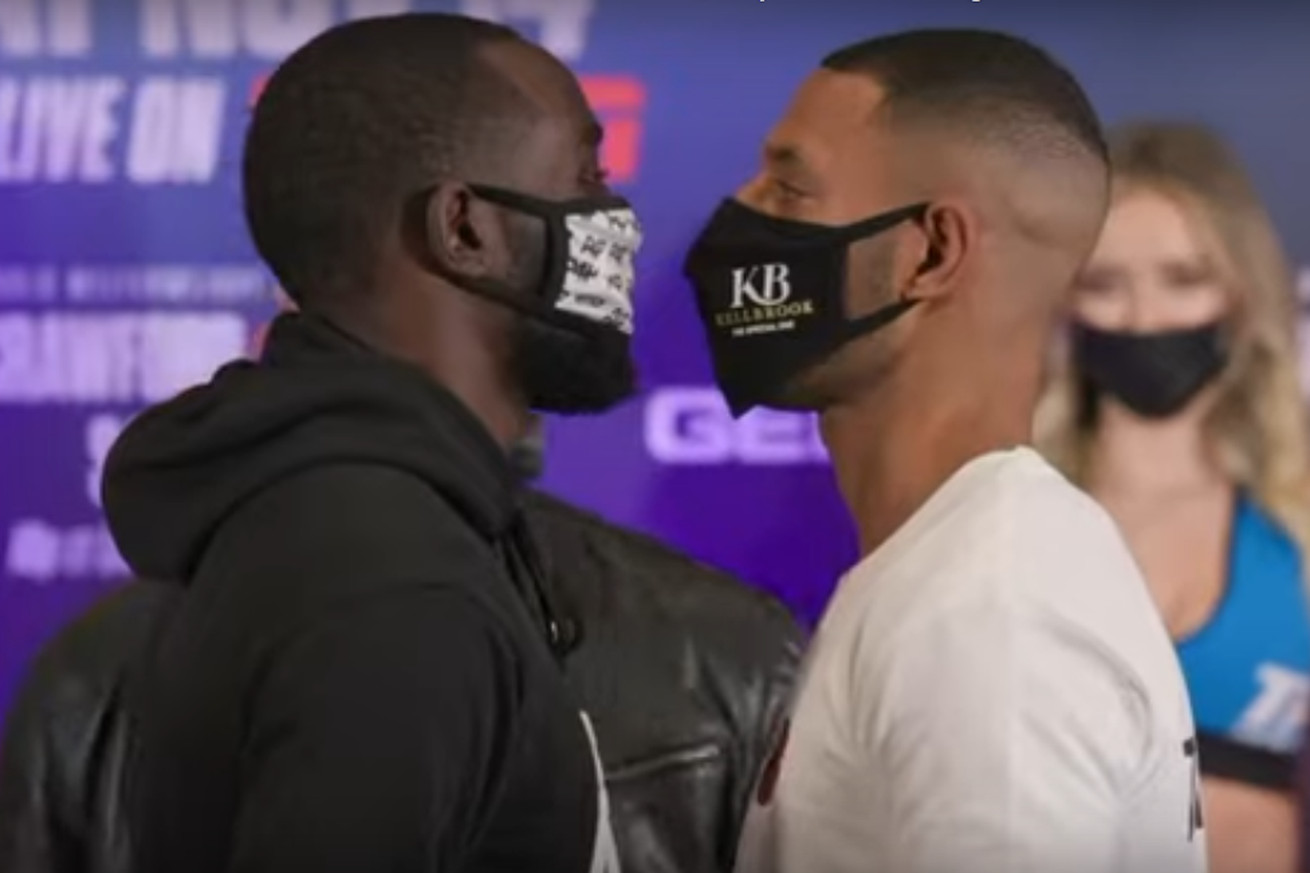 Crawford and Brook hold their final press conference before meeting in the ring this weekend.

With welterweight titleholder Terence Crawford set to defend his strap against former titleholder Kell Brook this weekend on ESPN, both fighters made an appearance for what will be their last promotional press conference leading into the bout.

Crawford would then get a chance to respond to the next question about Brook approaching him at another fight, letting it be known he wanted the fight.

“Facts check. I went up to him, he didn’t come up to me,” Crawford would clarify. “And I asked him was he gonna make weight, and that’s when he asked me and told me I was running out of opponents.”

Brook would continue on by saying that he in fact hasn’t had any problems with the weight cut for this fight.

“No challenges. I don’t know if you’ve seen any pictures of me but you can see I’m in fantastic shape. You know, this is the best I’ve ever been in my career. As I’m getting older I’m like a fine wine, I’m getting better. I’m getting better as I’m getting older to be honest with you. I’m not blowing up in weight, I’m controlling my weight. I’ve been able to have top nutritional food to fuel me through my training sessions so, I’m ready.”

Catch the full video of the final press conference above!