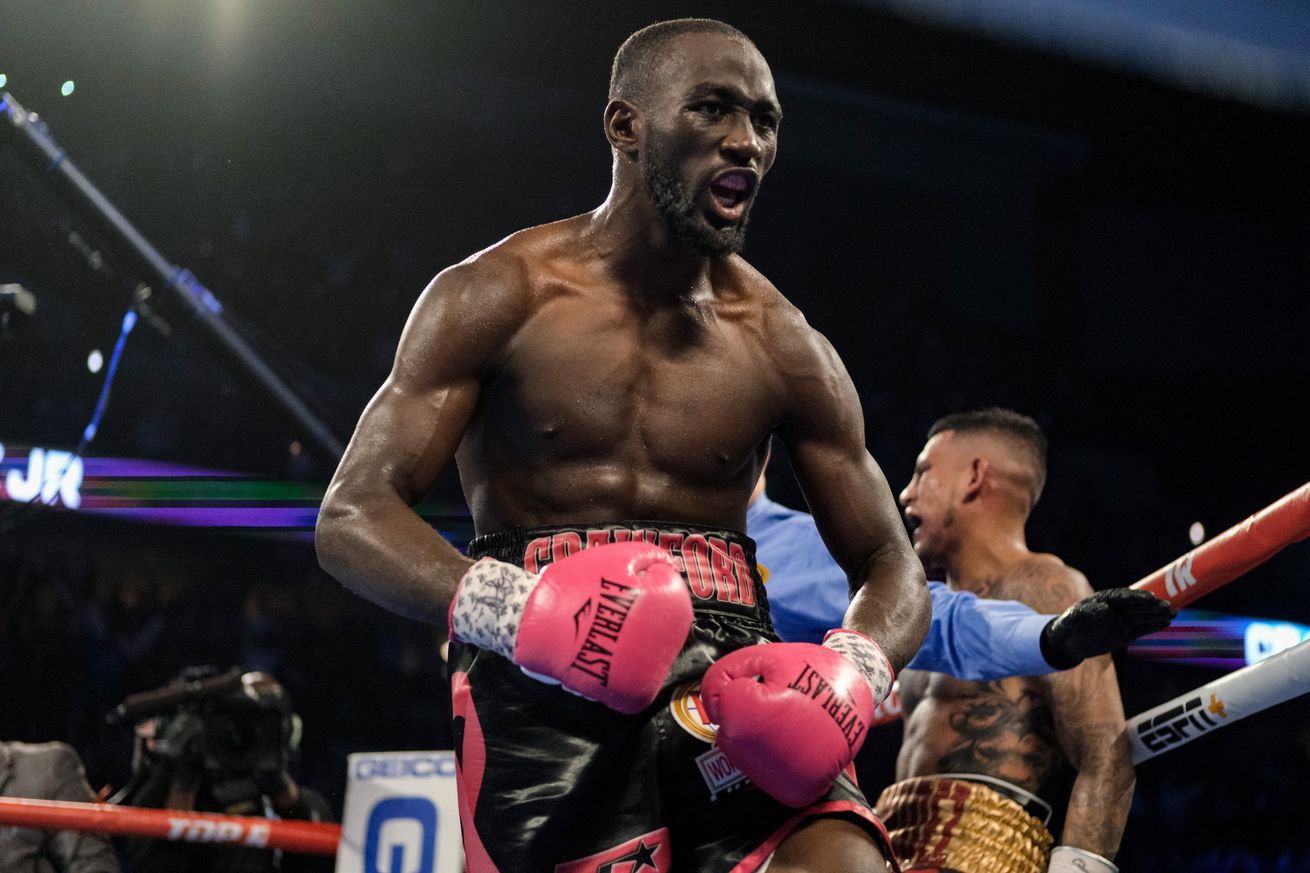 Terence “Bud” Crawford would probably prefer to be fighting one of the bigger welterweight names from the Premier Boxing Champions stable, but with that not in the cards, the Nebraskan will return to action on Saturday, Nov. 14 (ESPN/ESPN+) to defend his belt against Kell Brook.

Brook (39-2, 27 KO) is a former titlist at 147, but hasn’t fought at the weight since he lost his belt to Errol Spence Jr back in 2017, and was reportedly struggling with the weight at that time. He made a move toward 147 again in late 2018, weighing in at 150 to fight Michael Zerafa, and was flat in a decision win.

There are big questions as to whether or not the 34-year-old Brook can make the welterweight limit comfortably enough to give himself a decent chance at an upset, but Crawford (36-0, 27 KO) isn’t going to go in expecting Brook to be at anything but his best.

“He has everything to gain and nothing to really lose,” Crawford said. “In those types of moments, it wakes up a different animal and beast in a person. I’m preparing for the best Kell Brook we could possibly prepare for.”

As it stands now, the 33-year-old Crawford is a very heavy favorite, sitting around -1500 or so on various sports books, with Brook anywhere between +640 and +1300. In other words, the odds as they are at this moment are more lopsided than we saw for Naoya Inoue-Jason Moloney on Oct. 31, and nobody was going into that expecting Moloney to win.

That said, if Brook has been able to make weight well, he’s dangerous here. Crawford is not a big welterweight — though he does have a great reach — and Brook packs a punch and definitely has skills. We say this all the time, but even if it does wind up being a mismatch, and no matter how much of one fans or media expect it to be, the fighter can’t go into the bout thinking like that. Underestimating an opponent is probably the easiest way to suffer an upset. Crawford wants to win and force a fight with Errol Spence Jr or someone in 2021.