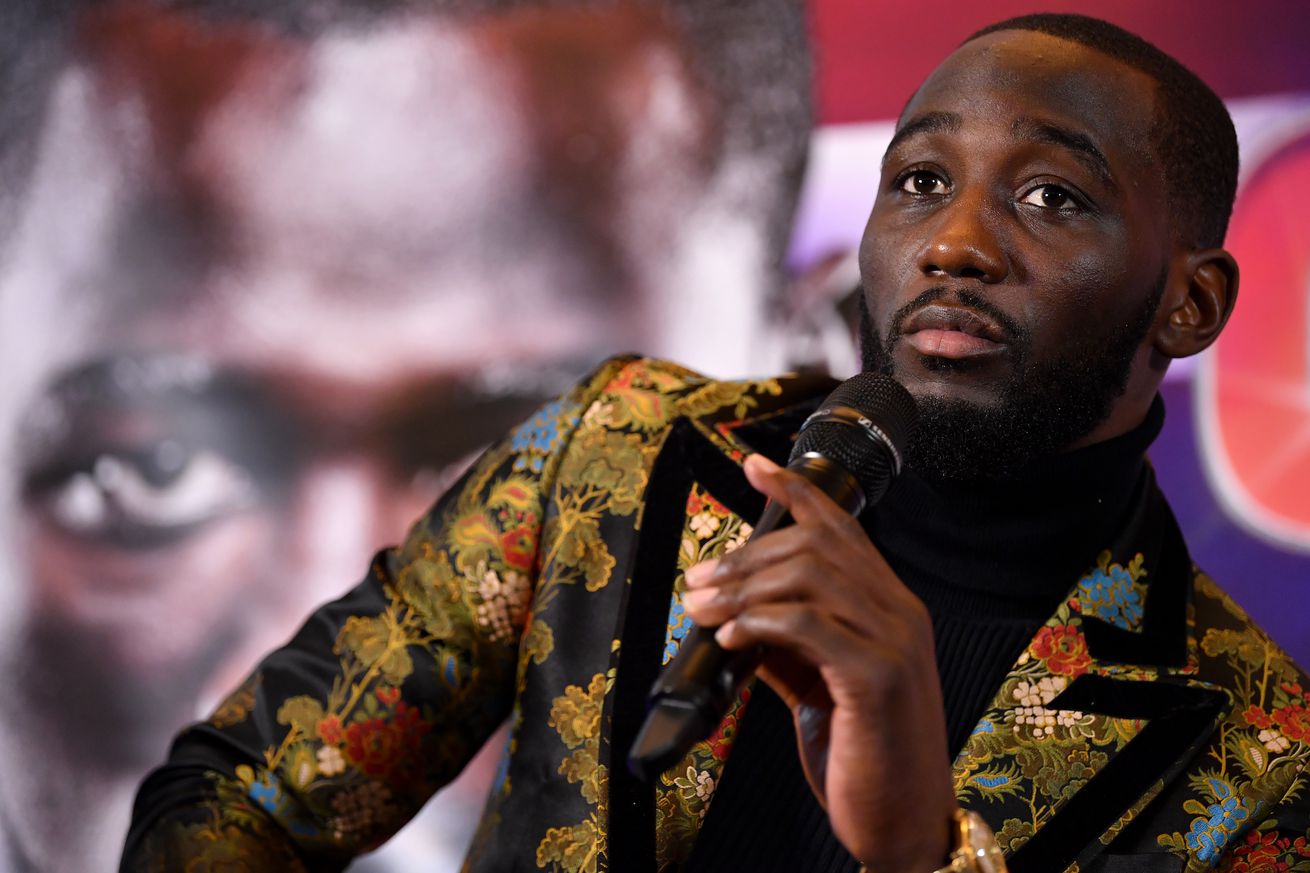 Terence Crawford spoke on ESPN about his April 20 fight with Amir Khan.

Terence Crawford is set to defend his WBO welterweight title in an April 20 ESPN pay-per-view main event against Amir Khan, in a fight that pretty much everyone in and around boxing expects him to win handily.

But the fight still has to be hyped and attempts have to be made to sell it, so Crawford (34-0, 25 KO) appeared on ESPN’s show last night to speak with Max Kellerman.

Kellerman brought up a recent statement from Khan (33-4, 20 KO), who said that he would also be undefeated if he’d fought the guys Crawford has thus far. This ignores that Crawford had a win over Breidis Prescott in 2013, while Prescott quite famously knocked Khan out in 2008.

“I think he’s just blowing smoke up his ass to try and hype himself up,” Crawford said. “We have a mutual opponent that we both have faced, and he knocked Amir Khan out. He wouldn’t be undefeated if he fought everybody I fought.”

Asked if he was — as many are on his behalf — looking past Khan, Crawford said, “Never. Never. That’s not my M.O. I never overlook anybody.”

Kellerman also noted Crawford’s vaunted mean streak in the ring, and asked him if he “has it out for” Amir Khan.

“I have it out for everybody,” Crawford replied. “Amir Khan is in the way of what I’m trying to accomplish. I can’t let him put a roadblock in the middle of me accomplishing what I really want to accomplish in the welterweight division, and that’s becoming undisputed.”

Finally, Kellerman tried to poke the bear a little bit by bringing up IBF titleholder Errol Spence Jr, a PBC fighter and the man seen as the other half of the 1-2 at 147 pounds, asking Crawford if he’d seen Spence’s win over Mikey Garcia on March 16.

Crawford said little, though he did confirm that Spence beat Garcia.

“He did what he had to do. He was very sharp,” Crawford said. “He boxed real well, and he got the victory.”