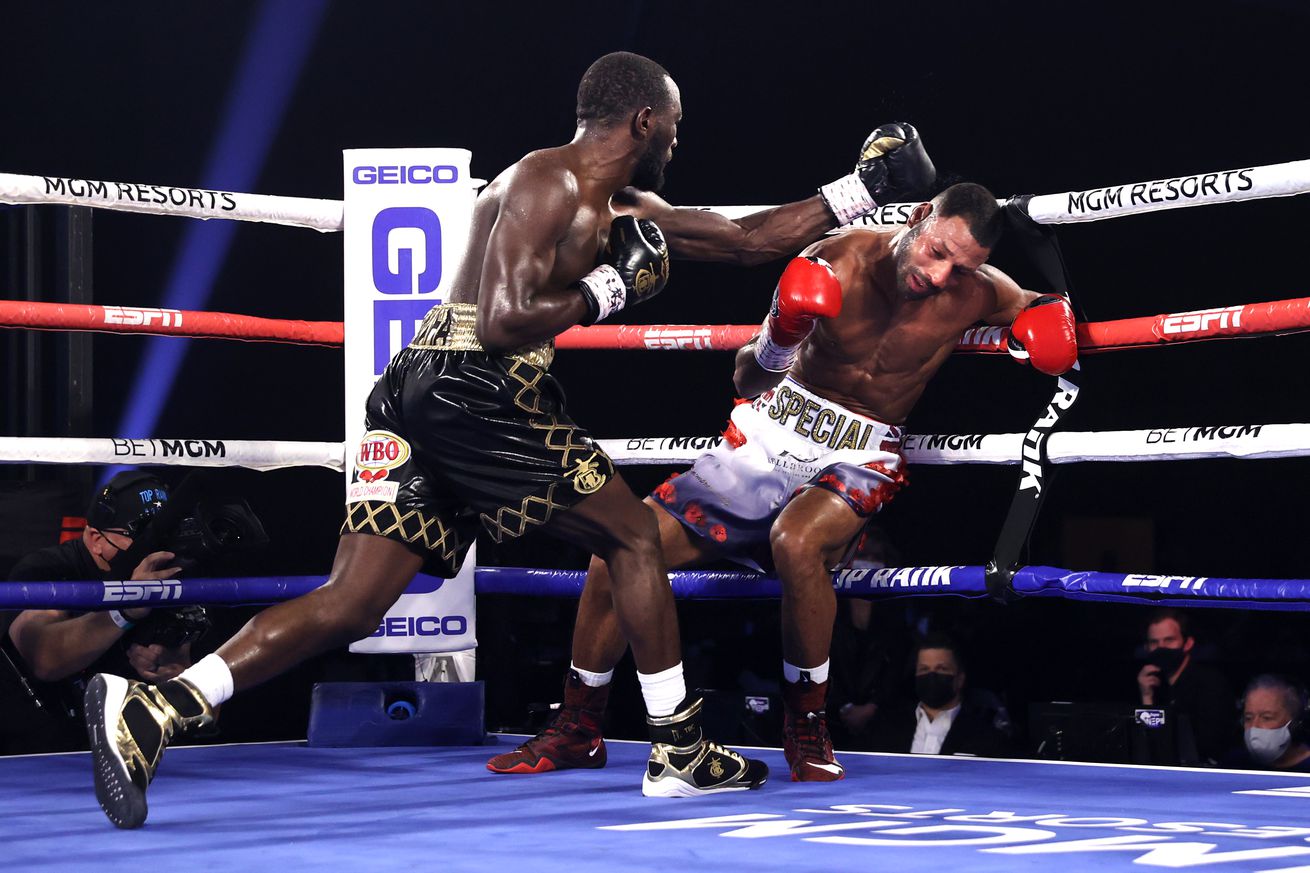 Another night, another dominant showing from Terence Crawford.

Terence “Bud” Crawford once again left no doubt in the ring tonight in defense of his WBO welterweight title, extending his career unbeaten streak to 37 fights and his current stoppage streak to eight by scoring a TKO over Kell Brook in round four in Las Vegas.

Crawford (37-0, 28 KO) started tentatively, as he often does, feeling Brook out in the first couple of rounds, though he had his moments. The 33-year-old Crawford had a better round in the third, and it became clear he was able to not only do more damage from a southpaw stance, but also negate what had been a solid jab from Brook (39-3, 27 KO) in the early going.

Then, it just suddenly happened. Crawford nailed Brook with a right hook, sending the 34-year-old Brit stumbling into the ropes. Brook was clearly hurt and a knockdown was ruled, but Brook tried to continue. Crawford lived up to his billing as one of boxing’s best and most vicious finishers, following up with a series of power shots that forced referee Tony Weeks to step in for the stoppage at 1:14.

LEFT NO DOUBT @terencecrawford stuns Kell Brook with a big right hand and wastes no time closing the show in Round 4. Goodness … #CrawfordBrook pic.twitter.com/pvD56GdSdL

“That’s why it was competitive at first, I couldn’t get my shots off. I just had to step forward, throw more but not too much. I caught up with him a couple times.”

Asked if he felt this was a bigger statement for his side than Errol Spence Jr’s 11th round stoppage of Brook in 2017, Crawford sort of shrugged it off, but also kinda-sorta stated that he felt it was a better win.

“They were different fights, different years and whatnot,” he said. “Kell’s a tremendous talent. He came and he tried to take my title, he was in shape, he made the weight. There was no excuses. He came off of three wins, not coming off of a loss. He had his confidence up, but he lost to the better man tonight.”

Eyes will now, of course, turn to what’s next for Crawford, and we’ll have more on that tomorrow morning. But the public’s demand is clear: it’s time — past time, really — for Bud Crawford to fight one of the top PBC welterweights. Promoter Bob Arum went into a big boastful mode about the idea.

seems likely to fight Conor McGregor instead, but that’s not official.

For now, it’s all wait and see. There are also rumblings that Crawford could leave Top Rank in order to secure a fight with a PBC standout, which ultimately might make the most sense for him and make things easiest. If he doesn’t, there’s a good chance the standstill continues through 2021.

But for now, Crawford is off to celebrate another dominant showing.