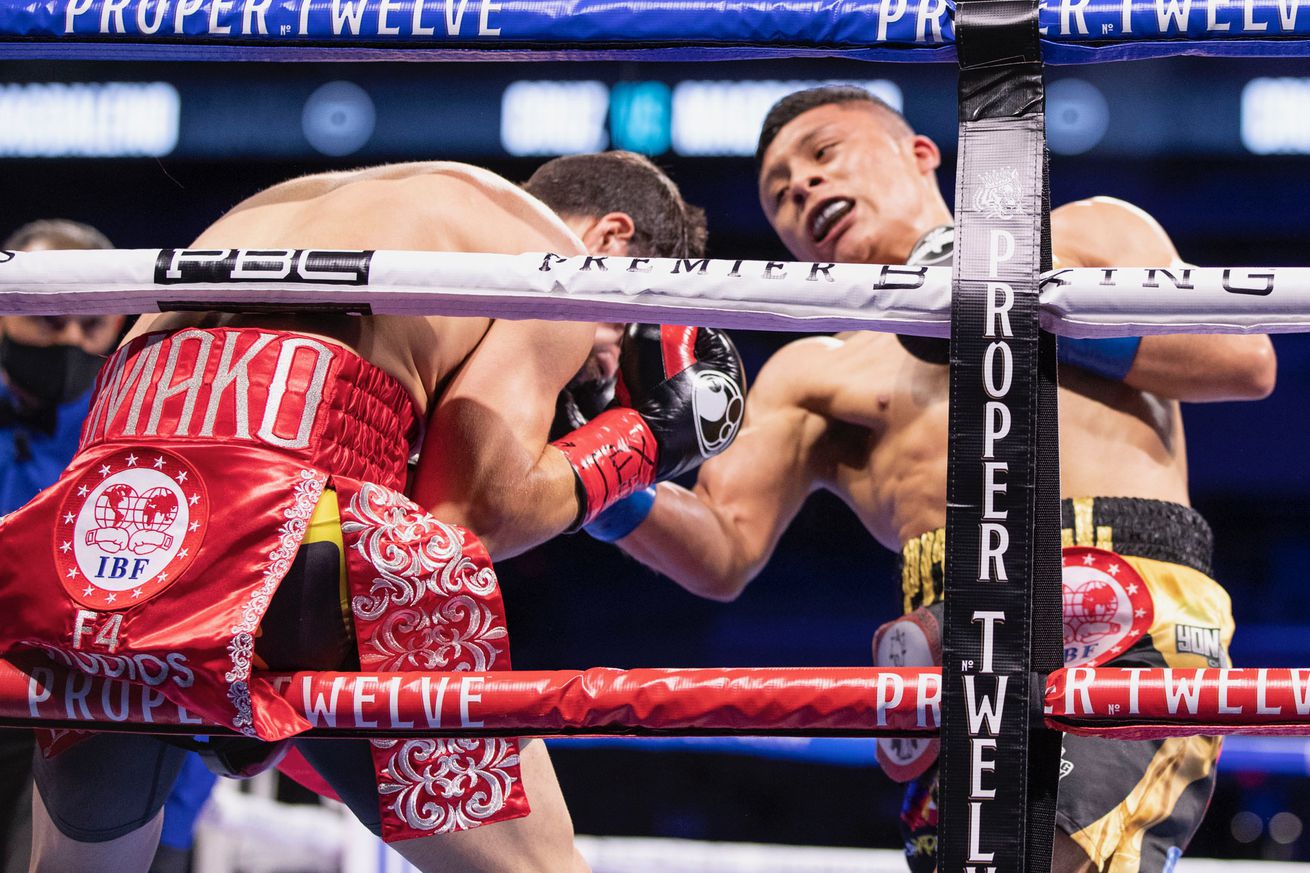 Isaac Cruz blasted through Diego Magdaleno in under one minute to open tonight’s PPV.

Isaac Cruz wasted no time in tonight’s Showtime pay-per-view opener, dropping Diego Magdaleno two times and finishing him off in just 53 seconds of their IBF lightweight eliminator in San Antonio.

Cruz (20-1-1, 15 KO), the 22-year-old from Mexico City, broke out just a bit earlier this year with a minor upset of Thomas Mattice on ShoBox, but this is a huge win for him. The victory puts him in the No. 2 ranking spot at lightweight with the IBF, and most likely sets him up for a fight against George Kambosos Jr, who won the No. 1 ranking spot earlier today against Lee Selby in London.

If, by chance, Teofimo Lopez were to vacate the IBF title for whatever reason — moving up in weight, wanting to take different fights, whatever — then Kambosos-Cruz would be ordered as a vacant title fight.

Cruz came right at Magdaleno (32-4, 13 KO), and the 34-year-old veteran from Las Vegas just couldn’t do much about it. Cruz is short at a listed 5’4½”, with just a listed 62½” reach, but he can fight ferociously, and that’s what he did here. He decked Magdaleno within 30 seconds, and when the fight resumed, he went right back at the southpaw, putting him down again, where referee Mark Calo-oy called it off.

WHOA! Isaac Cruz gets it done in the first. #DavisSantaCruz continues on SHO PPV…

Definitely a big win for Cruz. He might not be a top 10 guy in the division for most people just yet, but man is he fun to watch, fights with aggression, and knows what he’s coming to do against his opponents. This is a kid to watch, an explosive and fun young fighter who absolutely goes for it.

“I came prepared for this fight. I was surprised that it was a quick fight,” he said. “I’m not worried about my next opponent. My promoter will handle that.”