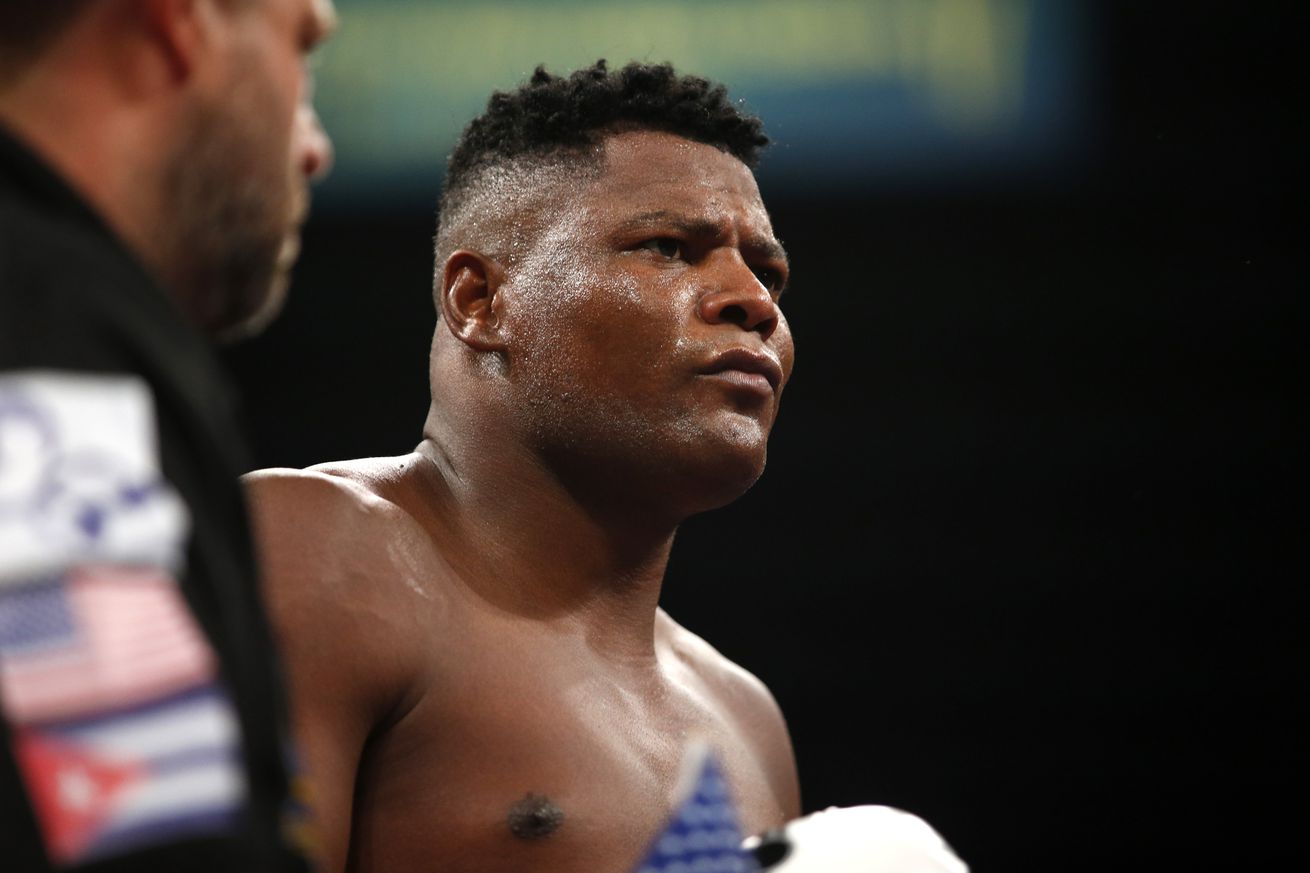 Nobody in the universe expected Alexander Flores to put up much of a fight in his November 7th PBC main event against Luis Ortiz, but going down from “King Kong’s” third landed punch of the fight may have been a bit of an eyebrow-raiser. Mike Coppinger reports the California State Athletic Commission is withholding “The Great’s” purse pending a hearing.

Flores (18-3-1, 16 KO), whose previous attempts to step onto the world stage saw him smashed by Charles Martin in 2014 and Joseph Parker in 2018, hit the deck around the 30-second mark of the first round. He beat the count, but the referee ruled he was in no shape to continue, resulting in an Ortiz (32-2, 27 KO) knockout victory.

You can see the finish for yourself right here. Ortiz definitely lands a flush body shot, but it doesn’t look like it gets much penetration due to his bicep and forearm smacking into Flores’ guard.

Personally, I don’t suspect foul play; Ortiz was such a huge favorite that you’d need a truly colossal bet in order to make any kind of notable profit, and that would have caught someone’s attention. I think it’s about 50/50 between Ortiz hitting him just right and Flores taking a decent shot and deciding he didn’t want to see what would happen if Ortiz landed clean.