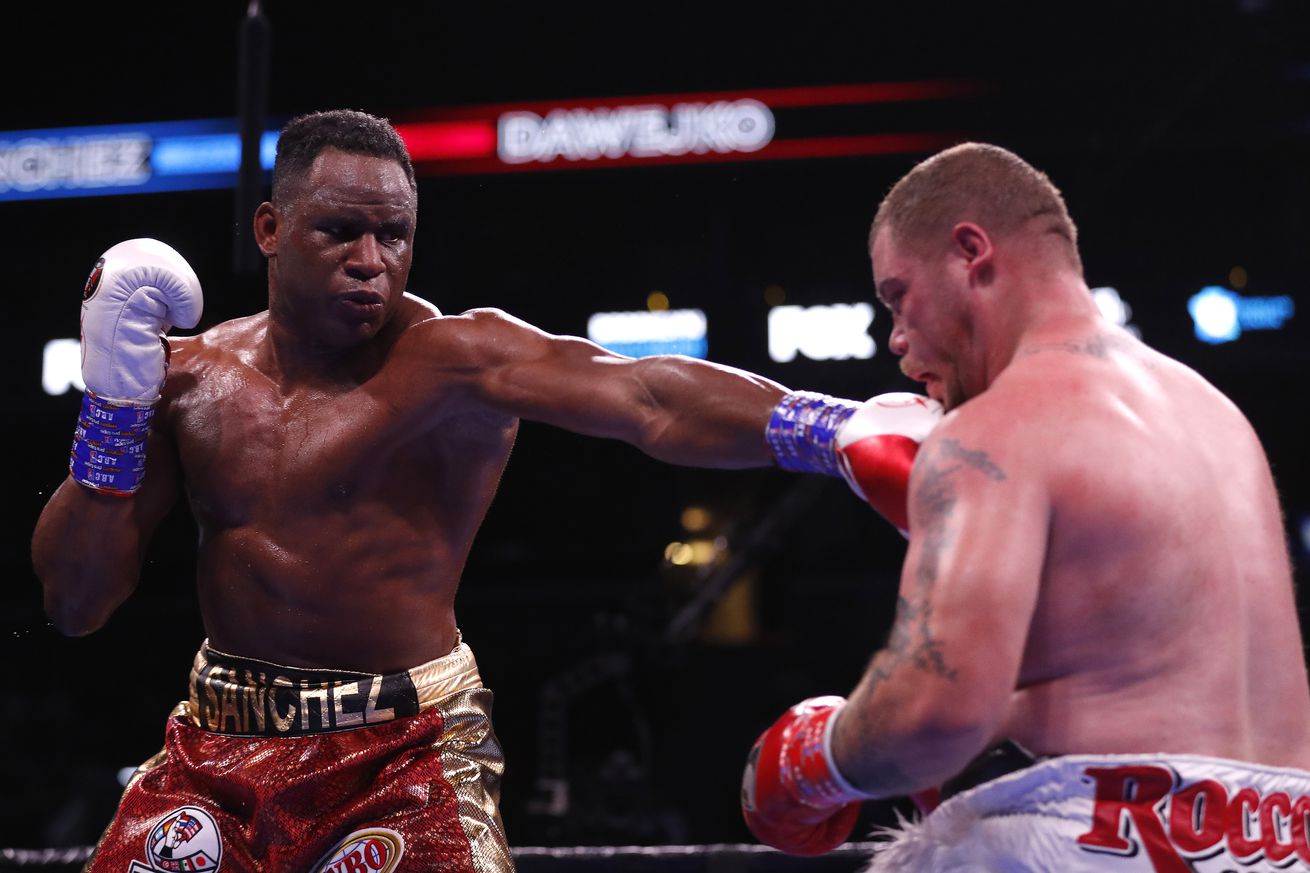 The 27-year-old prospect is ready to step it up, Leon Margules says.

Frank Sanchez, a 27-year-old Cuban heavyweight prospect who has been fighting on PBC shows, is ready to step up the competition, according to promoter Leon Margules, who tells Sky Sports that Sanchez is calling out the champions in the division, which would be Tyson Fury and Anthony Joshua.

“He wants big fights and he feels like he’s ready to fight big fights. He’s anxiously waiting for the opportunity. He fought on the last show against (Joey) Dawejko, who has been a pretty tough stalking horse for a lot of people. He dominated him. Now he wants to step-up, and he’s calling out all the champions.”

Sanchez did dominate Dawejko, winning a clear decision over 10 rounds on Mar. 7, part of the Kownacki-Helenius card. And Margules is right that Dawejko, who passes neither the eye nor record tests, is tougher than you’d think at a glance, has been a tough out for other fighters.

Sanchez (15-0, 11 KO) didn’t exactly thrill in that win, though, and creating a demand to see him is going to be tough. It’s generally always tough for Cuban fighters, who have no significant natural fan base as professionals, and need to be really good to become stars.

Still, he’s got the connections and he got a spot on a FOX card against Dawejko, so there is obviously some thought to bringing him along as a possible contender. He’s got some skills and has flashed some power (though not a ton in his last couple outings). On paper, I really don’t see him as any threat to Fury or Joshua or, frankly, a number of other heavyweights, but he’s got the desire and wants to make some noise.