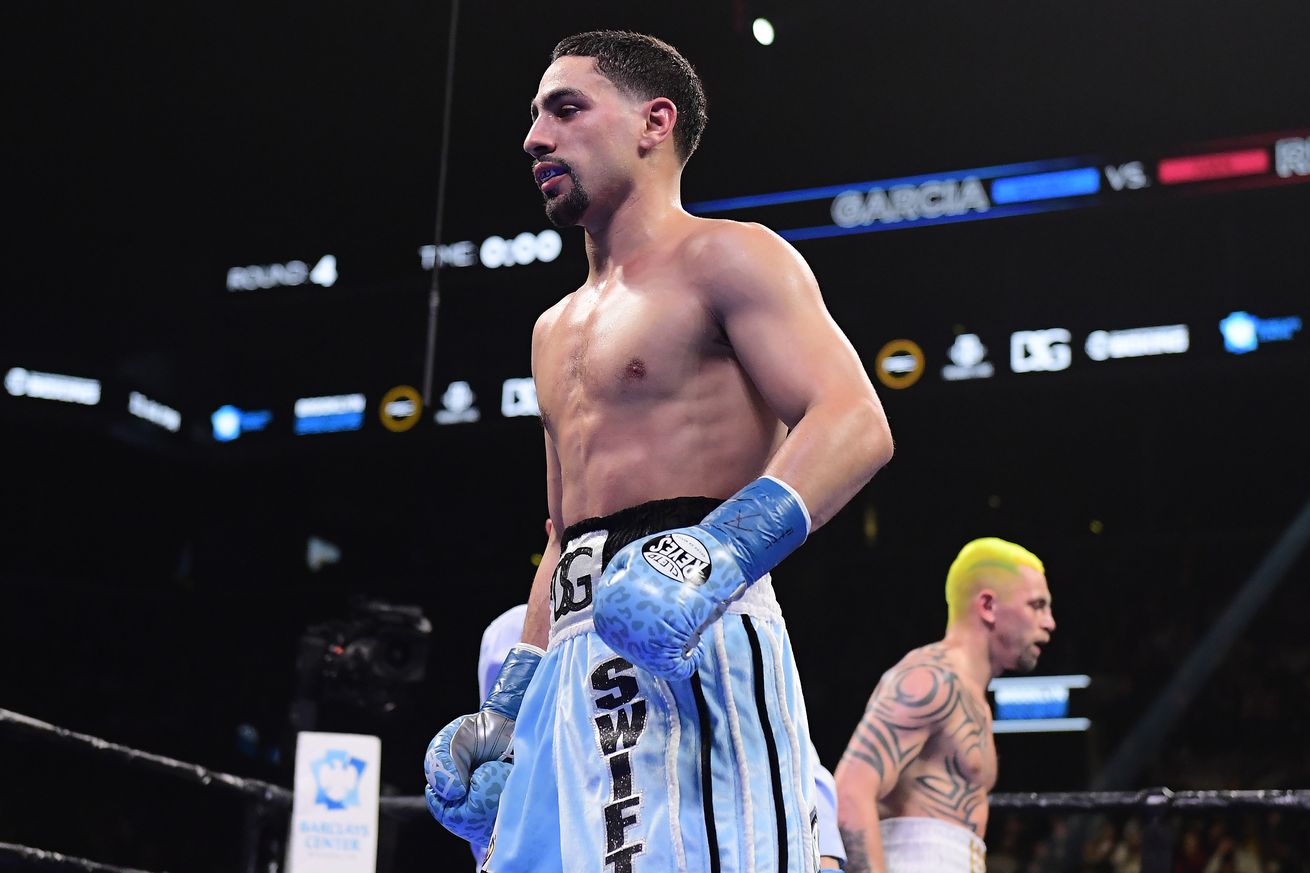 Garcia has won two straight since dropping a decision to Shawn Porter.

Former welterweight titleholder Danny Garcia took to social media and announced that he’s expecting to return this fall, and says it’ll be against either WBA champion Manny Pacquiao, or unified champion Errol Spence.

“I’m coming back, baby. September. Back in the ring, September,” Garcia said during the Instagram live stream. “I’m fighting in the fall, we don’t know [who] yet, either Pac Man or Spence, that’s where it’s at.”

Garcia (36-2, 21 KOs) is most recently coming off a decision win over Ivan Redkach in January and has gone 3-2 over his last five, dropping those two losses against Keith Thurman and Shawn Porter. Garcia is no doubt a good all-around fighter, but if those two losses are indicative of his ceiling then he’ll probably be installed as the clear underdog against either Pacquiao or Spence.

Pacquiao, despite being 41 years old, had a pretty resurgent performance in his last outing when beating Thurman on points, who had previously beaten Garcia. Spence might be a bit more an unknown at the moment — being that we haven’t seen him in action since his car wreck, but assuming he’s still the fighter he was before the crash he’s considered to be a level above Garcia. Either way, either fight should make for an entertaining bout.

But which do you think would make for the better fight? Sound off in the comments below…