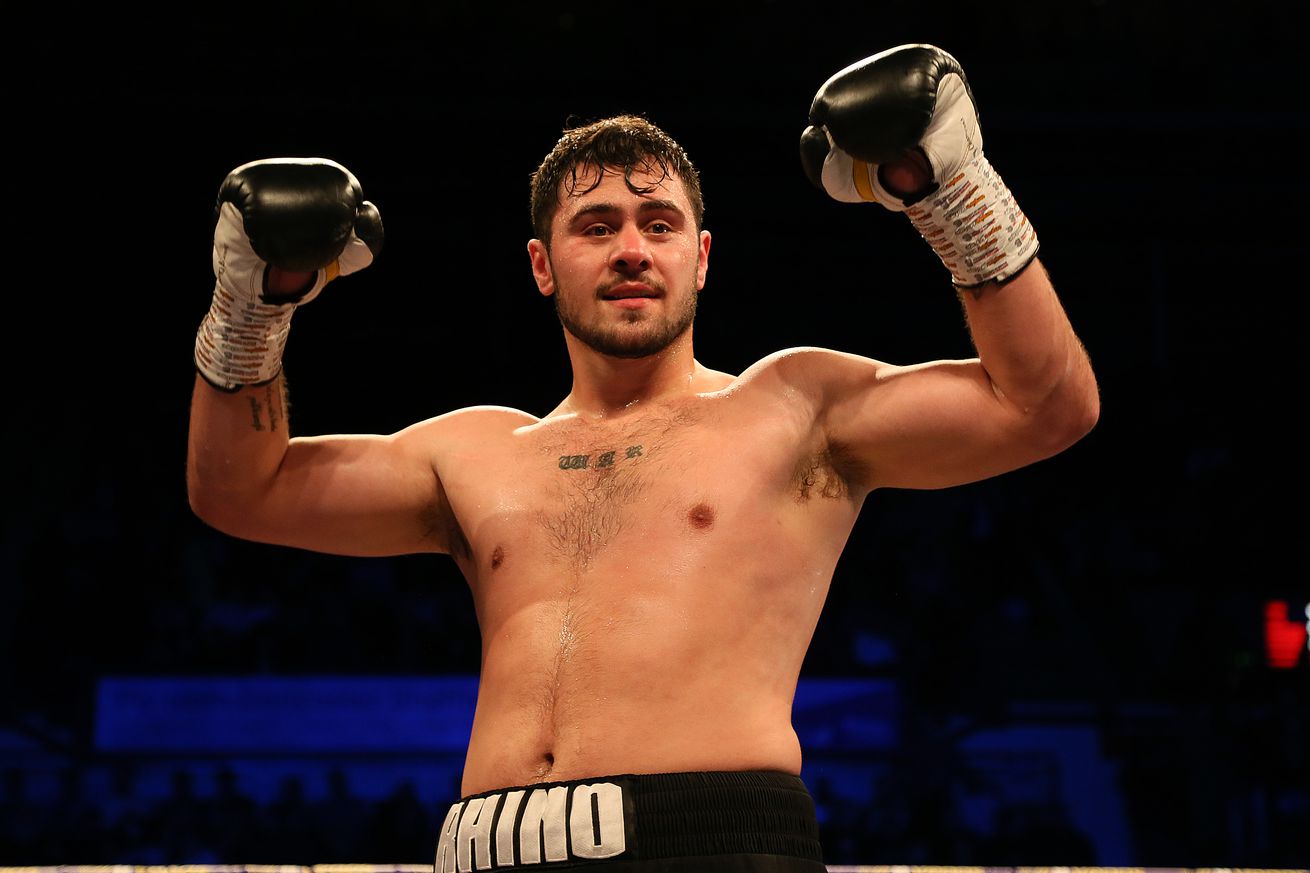 The well-liked British heavyweight retires at 18-5-2 (15 KO) after an eight-year career.

British heavyweight Dave Allen was set to return to the ring this coming Saturday. Instead, he’s surprised pretty much everyone by announcing his retirement from boxing on Instagram:

“Hello everyone, I hoped I would never have to write this message, never mind at 28 with my last fight being when I was 27 years old, but I made the decision a few nights ago with my sister that I would no longer from that moment on be a professional fighter.

“Boxing has given me a life I could never of dreamed of, I had never been out of Doncaster but for school trips till I started boxing and it’s taken me round the world from New York City to working men’s club all around the UK.

“As well as seeing the world it has taken me from the kid brought up in a council house with yellow doors wearing Umbro to a man who still wears Umbro but owns a few houses and who has given myself a chance to give my future kids a life I could only have dreamed of.

“On top of and more importantly I have made the greatest friends, some of them being my childhood heroes. The list of thanks would be far too long but I hope everyone knows who they are and knows they are appreciated.

“Lastly the reason for me calling it a day is simple, I don’t want to get punched anymore, long gone are the days of the kid from Donny who just wants to fight. All I want now is a nice quiet life with a wife and some kids healthy and happy getting nice and fat.”

Promoter Eddie Hearn replied, “Well done, Dave, 100 percent the right decision. As we said yesterday, when you don’t want to get hot anymore it’s a good time to call time! Been a pleasure working with you over the years, you have a big future in boxing. Stay happy!”

And if you look through the replies to the post, you can see how well-liked Allen really is on the British boxing scene, with Tyson Fury, Darren Barker, Tasha Jonas, Jono Carroll, Jamie Moore, Anthony Fowler, Savannah Marshall and more wishing Allen well in retirement.

Allen retires at 28 with a career record of 18-5-2 (15 KO), fighting from 2012-20. He was never the big prospect, never the big contender, but he was popular and had a connection with fans and obviously fellow fighters that is hard to find. He took his cracks, too, fighting Dillian Whyte and Luis Ortiz back-to-back in 2016, and he had his ups and downs, which he was always quite candid about. He went from the massive high of headlining the O2 Arena with a body shot knockout of Lucas Browne in April 2019 to coming back and getting stopped after 10 rounds by David Price at the same venue three months later.

There was some hope following the Price loss that Allen, still a pretty young man, could stay a solid player on the domestic level, and he could have made some good money and been in some good fights doing that, for sure. But it seems Allen weighed the situation and decided he’d done enough in the ring.

Like most boxing retirements, this one could end. But whether it does or doesn’t, we wish Dave all the best, too. He’s been a great personality to have in the sport.