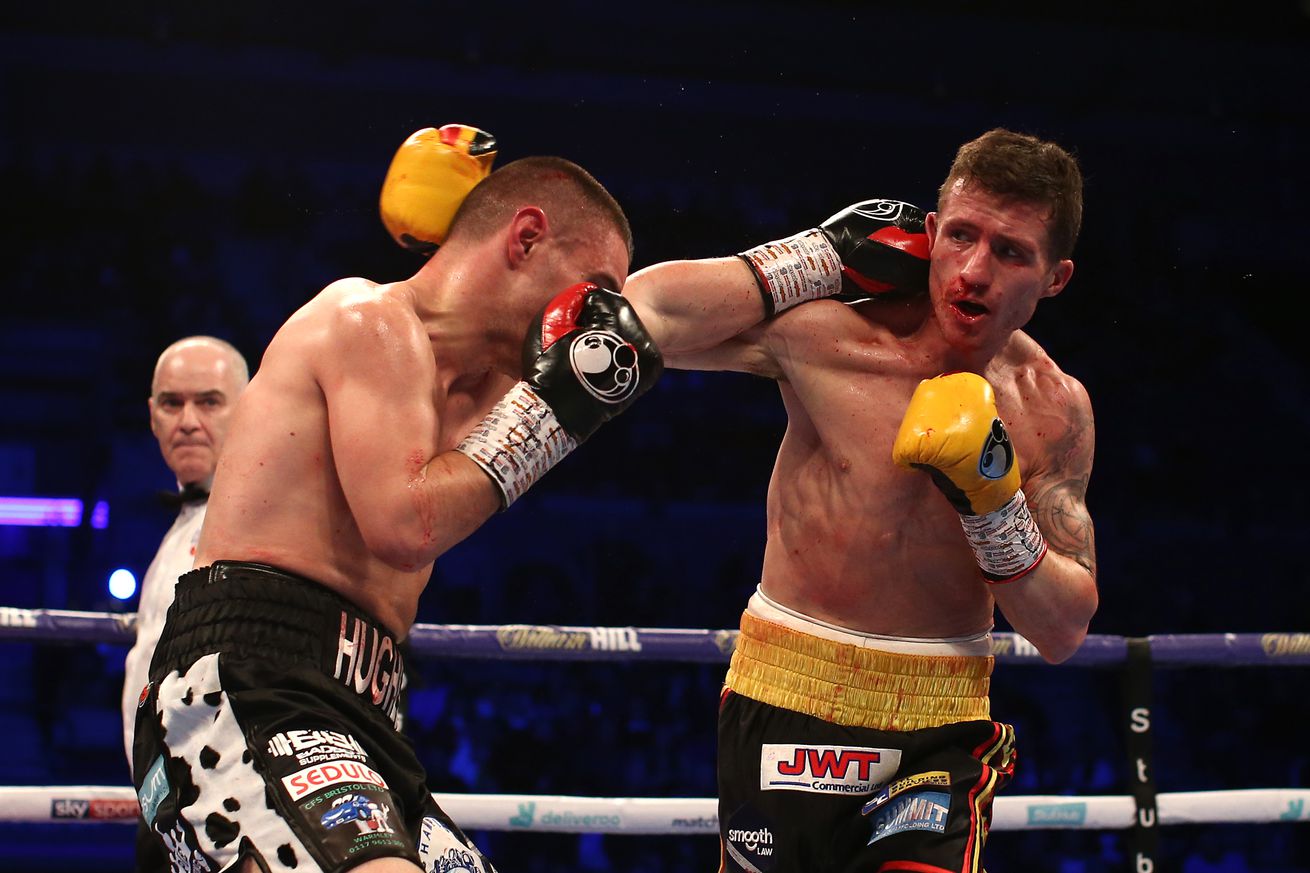 Robbie Davies Jr defended his British junior welterweight title and gained the European title with a decision win over Joe Hughes today in Liverpool, winning on scores of 115-114, 115-113, and 118-110.

Hughes started well, bloodying Davies’ nose early, which never stopped bleeding despite the corner’s best efforts. Davies also left the fight with a swollen and battered right eye thanks to the left fist of Hughes, and if you were scoring entirely on what faces looked like, then Hughes ran away with this one.

But in the fifth round, Davies turned things up a notch and started pushing back against Hughes, and kept edging rounds in the second half of the fight, as Hughes’ lead unraveled over time.

It was a terrific effort from both, and Hughes isn’t without an argument that he did enough, but Davies edged it in the end, winning a hard-fought, well-matched battle where both men showed sincere determination throughout.

“Joe Hughes, what a competitor. I knew he was good, but when you’re actually in there with him, it’s a different ball game. He’s like a pit bull,” Davies said after the fight.

The 29-year-old Davies added that he doesn’t believe there’s anyone who can beat him domestically, and that his sights are set on the big stage.

“I’m hoping to just push on for a world title now, whether it be next fight, two fights, three fights, I don’t care,” he said.