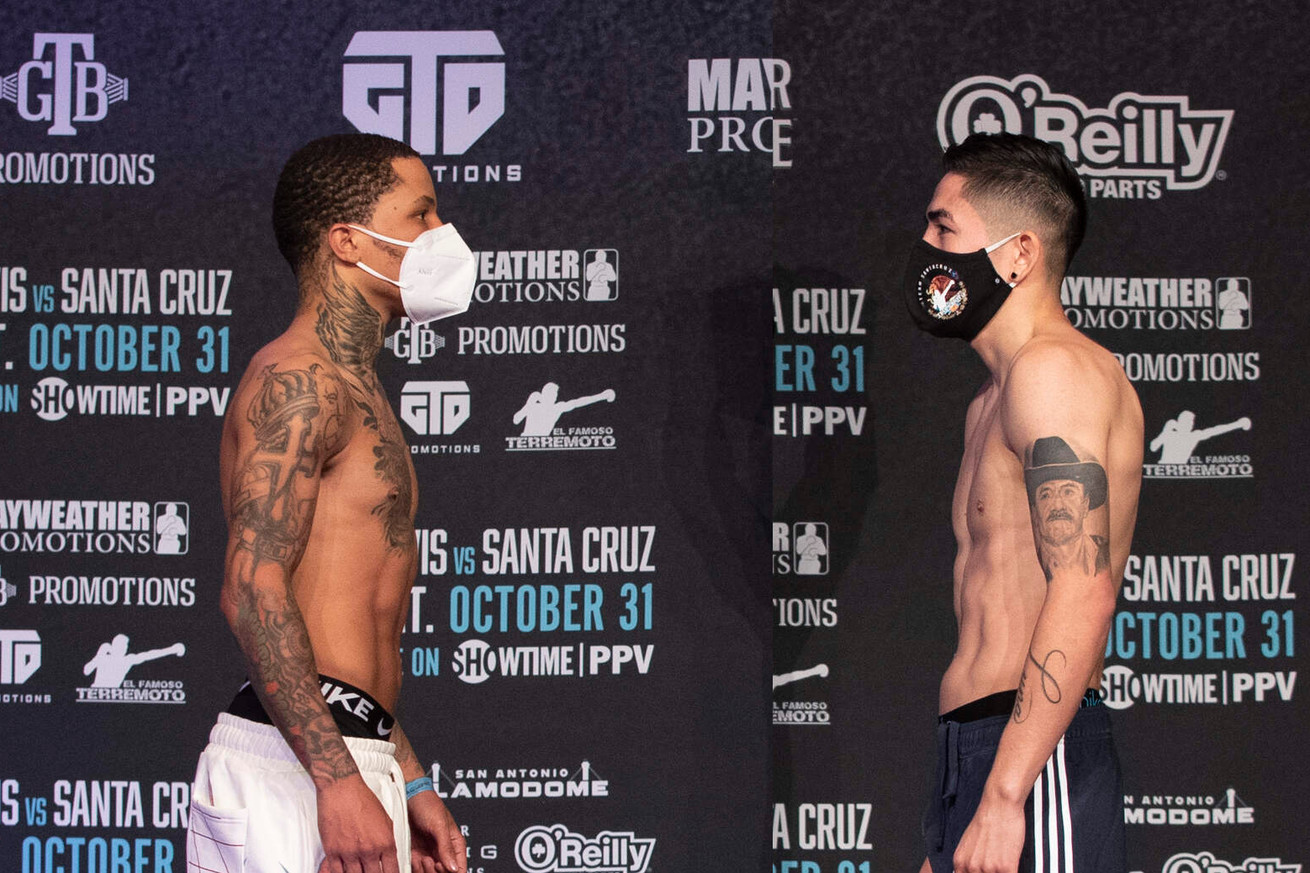 Tonight at 9 pm ET on Showtime pay-per-view, as well as Channel 5 in the United Kingdom (2 am GMT), Gervonta “Tank” Davis and Leo Santa Cruz headline in a world title fight that spans two divisions at the Alamodome in San Antonio.

Wil Esco will be on all four fights for the round-by-round call.

Davis, 25, will be defending the WBA’s secondary “world” (“regular”) lightweight title, while Santa Cruz, 32, puts his WBA “super world” junior lightweight title on the line. The fight’s weight limit is 130 pounds, making it possible for titles at 130 and 135 to be on the line. Also because it’s a nice promotional gimmick.

There will be three fights on the undercard. Hometown fighter Mario Barrios will defend his WBA secondary “world” (“regular) junior welterweight title against Ryan Karl, former titleholder Regis Prograis will face Juan Heraldez in a 10-round junior welterweight bout (Prograis missed weight but the fight is on), and Isaac Cruz and Diego Magdaleno meet in an IBF eliminator at 135 pounds.