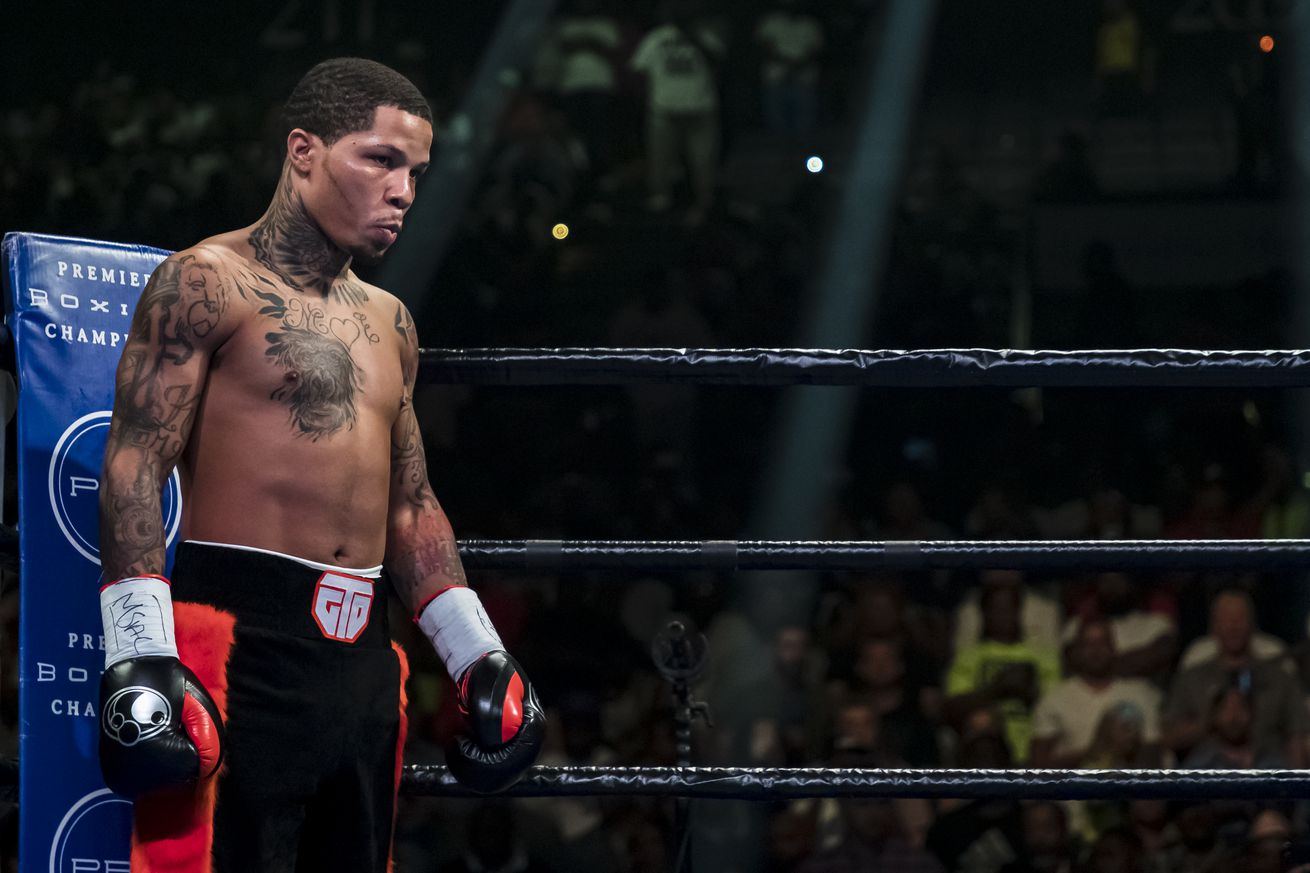 Tank shares some thoughts on his upcoming fight against Leo Santa Cruz.

With Gervonta Davis set to go up against Leo Santa Cruz in San Antonio on Halloween night, Davis talks about his training camp and preparation for this fight during a virtual press conference. Check out what Davis had to say about his fight with Santa Cruz below…

“I brought my camp to Las Vegas and have trained more than eight weeks for this fight, because I know that I’m fighting a top-notch fighter. Leo comes to fight. He brings pressure and he’s a high-volume puncher.

“I’m having my camp here so I can stay focused on just boxing. I’m close to my Mayweather team and I have Floyd in the gym with me more. I’m grateful for having Floyd here to help me tweak things that will help me fight better against Leo.

“We have more than five sparring partners just to make sure I’m more than well prepared. My coach Calvin Ford keeps me focused day-to-day so that I’m able to give the fans a great, exciting fight.

“At the end of the day, the fans are going to win. We’re two elite fighters matching up. This could be one of those fights that you’ll always remember. I’m grateful to be in this position and I’m ready.

“I’m thankful to Leo for stepping up and calling me out. He wants to test himself out. It shows me that he has a lot of heart and he wants to fight the best. The winner of this should be up there in the pound-for-pound rankings. The winner takes it all on October 31.

“Floyd’s been there coaching me through what comes with having my first pay-per-view main event fight. There’s a lot of pressure on me and you have to live up to fighting on pay-per-view so you can fight on pay-per-view again. When I’m down or anything like that, he’s able to push me, because he’s been there before. There are things that only Floyd can tell me about because he has that experience.

“This camp has been great for me. I’m already on weight. I’ve just been working hard. We’re not worrying about weight. We’re worrying about giving Leo Santa Cruz a great fight on October 31.

“Most fighters don’t last to the second half of the fight against me. Jose Pedraza brought pressure against me and he got stopped in round seven. He can say what he wants, but he has to prove it on October 31.

“I believe I can stay at 130 after this fight, but if there’s a fight worth going to 135, I’ll do that. Right now, I’m just focused on Leo and becoming a pay-per-view star.

“I have a lot left to show in the ring and Leo is going to bring the best out of me. We just have to wait and see. I’ve been working hard every day sparring bigger and smaller guys. I’m prepared for anything. We know he’s coming to fight. We want to give everyone a great show. It’s going to be a spooky night on Halloween.

“As a professional, you have to be ready no matter what. You have to adapt to whatever comes your way. I’ve been working out for three months every day, just to prepare for this. I’m more grateful to be in this position than anything. I’m so focused on what’s in front of me, and that’s getting past Leo.

“I can’t say if he can take my power until we get in there. I’m working hard in camp so that I can show my appreciation with a great performance. Come October 31, you definitely won’t want to miss it.”